Councillor Stefano Borella the Labour Leader asked a number of questions at the Audit Committee meeting relating to the Draft Accounts for Bexley Council.

He suggested that the Council might be being complacent; the country and the Council faced several problems and locally one was that the Auditor had noted that the reserves remain low and the “resilience was high risk”. The reserves may well have increased but where did the money come from?

BexleyCo was rated as “a medium financial risk” because of the challenges faced by the construction industry more generally. Councillor Borella had carefully noted the small print buried within the Accounts. He was curious about the introduction of the new financial system, the one that was thrown out by oneSource if whistleblowers are to be believed.

He noted that the less than timely response to the Auditor was the product of staff cuts. Neither was Stefano at all happy about the additional accounting costs attributed to the poor quality of work submitted.

The Auditor said that the level of reserves was a matter for the Council but her opinion of them was based on “stress testing”; worst case, no income and massive expenditure etc. It was the Council that had assured her that the resilience was there. Auditors do not recommend a minimum level of reserves but will “benchmark them against other similar Councils”.

Some of the response delays were blamed on staff sickness but vacancies also played a part. The reserves came “from a movement of insurance funds”. (There may have been other sources but the audio is indistinct.)

Councilor Richard Diment who is I think an economist by profession went into staff thank you mode but only very briefly. He was concerned that the Council had “missed the statutory deadline” for publishing the accounts. He was told that Bexley Council was some way from being unique.

Councillor Diment was also concerned that “housing had been flagged up as a high risk area”. For him “the alarm bells do start to ring”. The Auditor said that due to the unpredictability of homelessness it is always high risk “but Bexley is at a higher risk than other London boroughs”.

The ending of the Covid ban on evictions is making things worse and Bexley “is one of four local authorities in London that does not have its own housing stock. A £110,000 [housing] overspend is forecast for the current year”.

Councillor Diment had raised the level of questions above the earlier sycophantic level and Councillor Andy Dourmoush took it up another notch. The accounts had been signed off in July, an extension was granted until the end of September “and we are still not ready to sign off although you’ve [the Auditor) said we have a couple of weeks. We had these papers a week ago. Are you now saying we will be complete in a week or is it two weeks, three weeks, a month and what is the problem?”

“Previously it was oneSource that was the problem but we haven’t got oneSource now, so I don’t understand what the problem is now. We have had all this time and there are things that haven’t been completed without [you] giving us exactly what they are and how long they are going to take and you are also saying it is subject to no material finding. What if there are some material findings? What are we going to do then? Are we going to have the meeting come back again?”

“To me, what we are doing is just moving the goal posts year on year and what is the implication of missing the deadline? You say that other authorities [are running late], to be quite frank that is their problem, we are concerned with Bexley and should not be running the yardstick by authorities all around London, that really is not our concern. Members here tonight want to see the audit completed on time so that we can satisfy ourselves - or not - before we agree. What is the hold up? It seems to be happening every year. What is going to happen next year, will we be asking for an extension to the end of December?”

You can begin to see why Councillor Dourmoush was chucked off Scrutiny. Asking awkward questions is a total no-no. Rocking Bexley’s boat is never a good idea.

He was told that the hope was that the Accounts would be approved by the end of October. If material findings came to light it would be normal for the Committee Chairman to approve and sign.

The Chairman expressed optimism that the new financial systems “will resolve the problems we have had this year”.

Labour Councillor Nicola Taylor asked the Cabinet Member about the “significant risk with BexleyCoְ”. “A considerable amount had been invested in BexleyCo, what is in place to ensure residents get the value for money which this report says is at risk?” 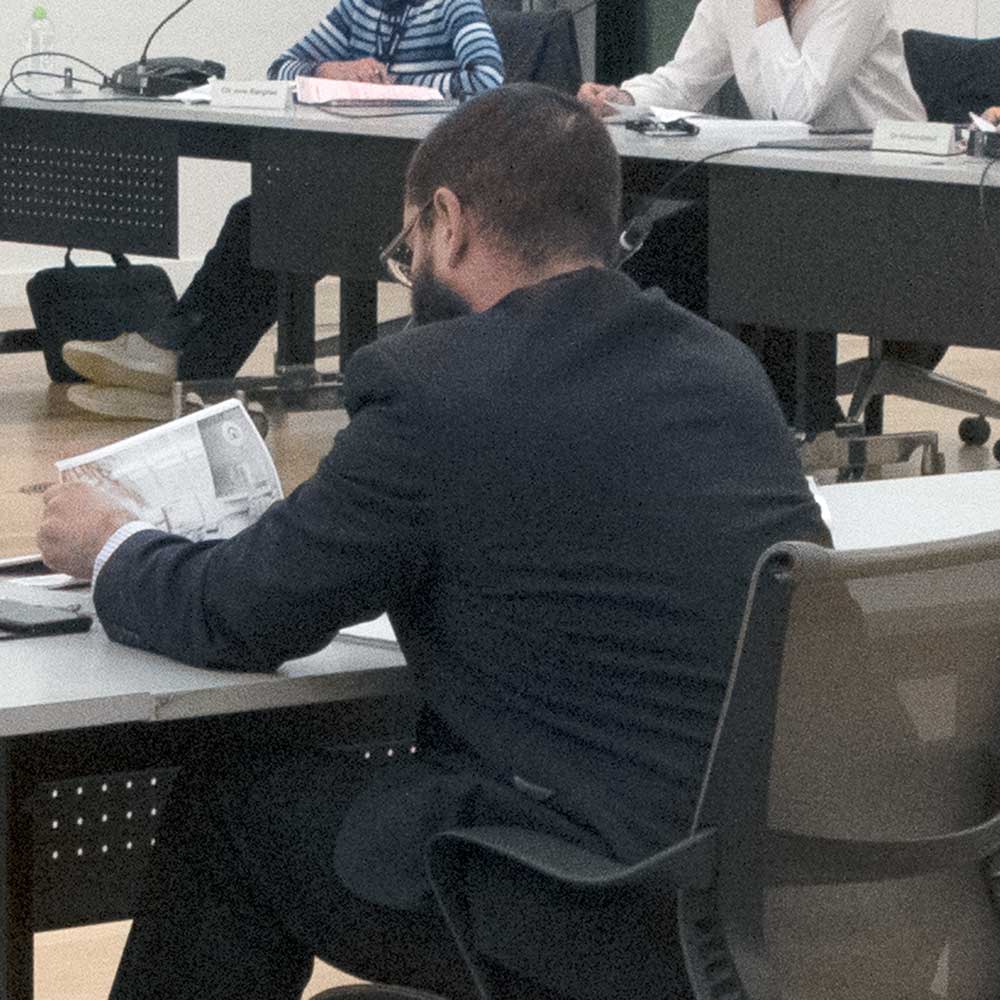 Cabinet Member Leaf read out the more favourable parts of the report relating to BexleyCo and the first people are moving into the Old Farm Park development which, he said, Labour had voted against. More truthful would have been a statement that recognised that Labour was against the sale of 27 parks and green spaces to fund the mowing of the grass in the remaining parks and to prevent them becoming jungles.

He ended by saying that reserves were higher than they would be if Labour was in power.

Councillor Taylor said she might have been more inclined to vote for the Old Farm Park development if it had provided an acceptable level of affordable housing. The meeting moved on to its next subject.