7 October (Part 2) - The decline and fall of Belvedere

It’s usually nice to receive emails but not always so nice having to answer them. Some don’t get answered at all especially those about national politics which might lead to a protracted correspondence.

Those on local issues are always answered eventually, at least I hope they are.

There have been quite a few emails over the years asking for an opinion on whether Abbey Wood and Belvedere is a nice place to live and I try to paint an optimistic picture. Despite what you sometimes hear I have witnessed very little street violence in my 34 years at this address. Three times I think.

Never once has my carefully written reply been acknowledged so I may not attempt to be an estate agent in future.

A few days ago I received a similar sort of email but from the opposing viewpoint. From someone who used to live here but doesn’t any more.

This is an extract of what was said edited to remove some personal stuff and rejigged a little to make it read fluently after chopping bits out.

I was brought up in Greenwich and moved the family to Belvedere fifty years ago. I felt like we were living in the country. Surrounded by woods, Ye Olde Leather Bottle a short walk away, a Co-op shop, a library for the children’s studies and the brilliant Davis Electrical on our doorstep. There was a good primary school and a church in St. Augustine’s Road with a lovely vicar. Our MP was James Wellbeloved who would never treat you as yours has done you and a local Councillor called Joe Delaney.

Last Saturday I passed back through. My wife and I parked on the old football pitch, I mean the B&Q car park, and explored a little. The pub opposite the station had gone and wandering a little further found that we could no longer get a drink at the Leather Bottle.

The bigger shops have gone and remaining doorways are filled with apparently homeless men drinking beer from cans.

The streets are neglected and full of rubbish and fences strain under the pressure of weeds. The roads were in poor condition. We left feeling so very sad about what Belvedere has become.

Maybe it is what comes from having an MP who cares more for black issues than her constituency.

I wonder when it all changed. Has it been gradual? Who can change it and how?

Sorry if I have gone on about it but it has been on my mind ever since I went back there. 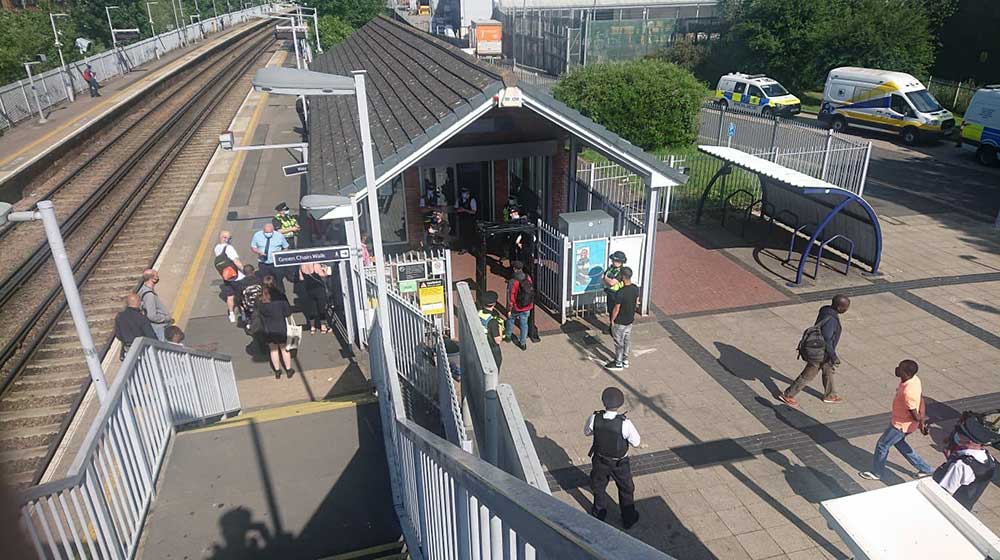 Well there’s a question and I have thought about it quite a lot including the middle of the night. Lucky that the returnee appeared not to know about the murder that took place a week before he looked by.

My first thought was that there was nothing much wrong with the place until the new millennium. The rot had set in by 2008 but such a comment will land me in political trouble. Was it the fault of Bexley’s Labour administration of 2002-2006? But that would pre-suppose that the decline was confined to Bexley and I doubt very much it has been. The Tory takeover in 2006 can be similarly dismissed although their obvious neglect of that particular area would not have helped.

Maybe it is the fault of the succession of London Mayors which began in 2000? Two of them have failed Bexley totally and the third did nothing for it other than cancel its Thames Crossing.

Was there a connection with the decision to flood the country with cheap foreign labour without providing them with housing, medical facilities, pretty much everything such a scheme demands? Is it even right to pin-point the years to 2008 at all?

One could probably argue that the decline has been going on for much longer, the Thatcher era perhaps, or alternatively only much more recently when Bexley Council realised it was running out of money. Answers on a postcard please.