It is exactly 40 working days since I asked Bexley Council to provide me with the documents which led to the imposition of the odd/even restriction on attending recycling centres from soon after the pandemic began in the Spring of 2020. 40 days is twice the allowed period and there is still no answer.

It is not as though I make a habit of sending in FOIs, the previous one was submitted in October 2017 but only because there had been no response to a simpler enquiry a year earlier. Guess what, that one wasn’t answered either and the Information Commissioner had to intervene.

And guess what again. Cabinet Member Craske had been involved in the decision to put a stop on the FOI being answered. The subject matter was fly tipping.

History appears to be about to repeat itself.

A couple of days before the recent FOI was submitted, Bexley Council posted what turned out to be the last of its Tweets on the subject. 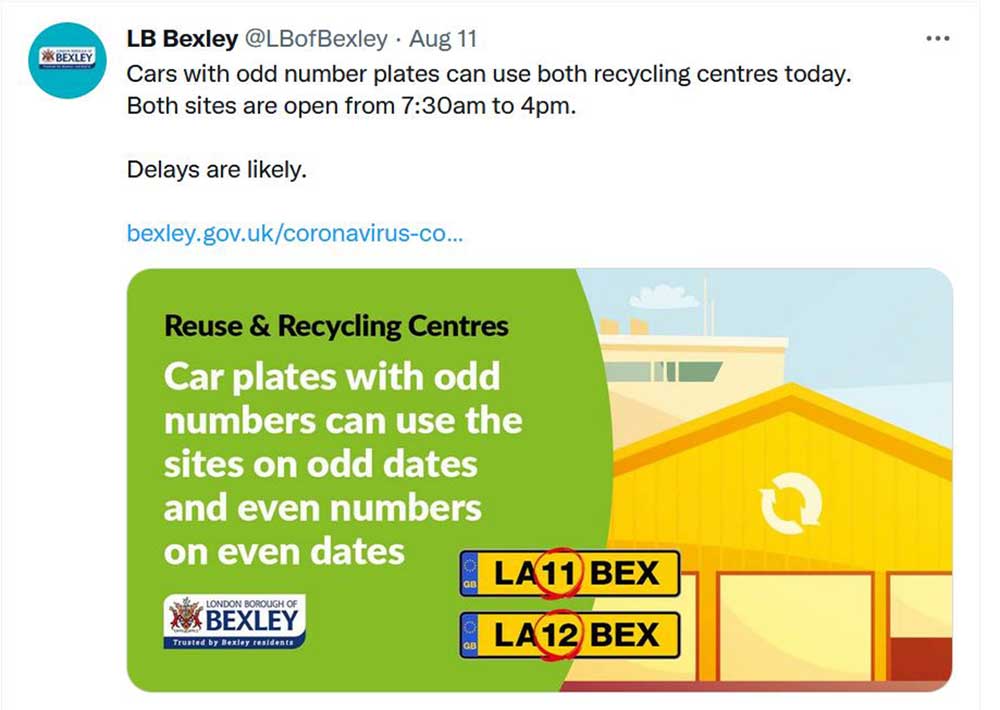 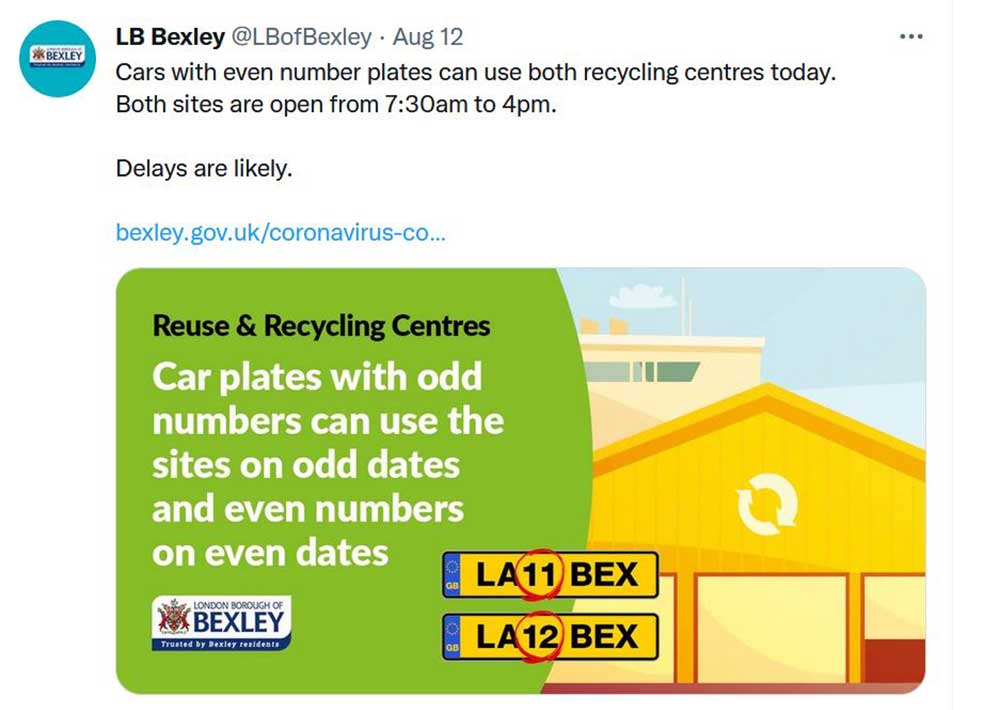 Three days after the FOI was acknowledged the message was changed to the restriction applying only before 4 p.m. A realisation that Bexley residents had been inconvenienced for nothing perhaps and a quick experiment?

If so, that too was abandoned a couple of weeks later and normal service resumed.

40 days after I asked the awkward question I have had an apology for its delay and separately, one to tell me the obvious. That the irrational scheme had been abandoned.

In return I have told Bexley Council that I will be satisfied with an acknowledgement that there are no documents relating to the odd/even scheme and that no one sought the advice of a statistician, but that would be to acknowledge that someone sanctioned the inconvenience without knowing what he was doing. A Councillor told me that the only person who could have done that was Cabinet Member Craske.

A decision must now be reached on whether to leave things as they are, it is already pretty much certain that odd/even was another Bexley Council mistake, or waste taxpayers’ money by taking the ICO route and maybe getting Bexley Council to recognise it is not above the law.

Bexley had the lowest parking charges in South East London (far from true), and a £4 million contract had not been placed with a firm specialising in highways consultancy. (Councillor Craske had placed two £2 million contracts.) He also claimed that there had been a consultation on the public’s attitude to Controlled Parking Zones and they were in favour. Bexley Council later admitted there had not been any consultation on the subject.

For how much longer will Bexley be governed by thoughtless, sometimes dishonest dictat?