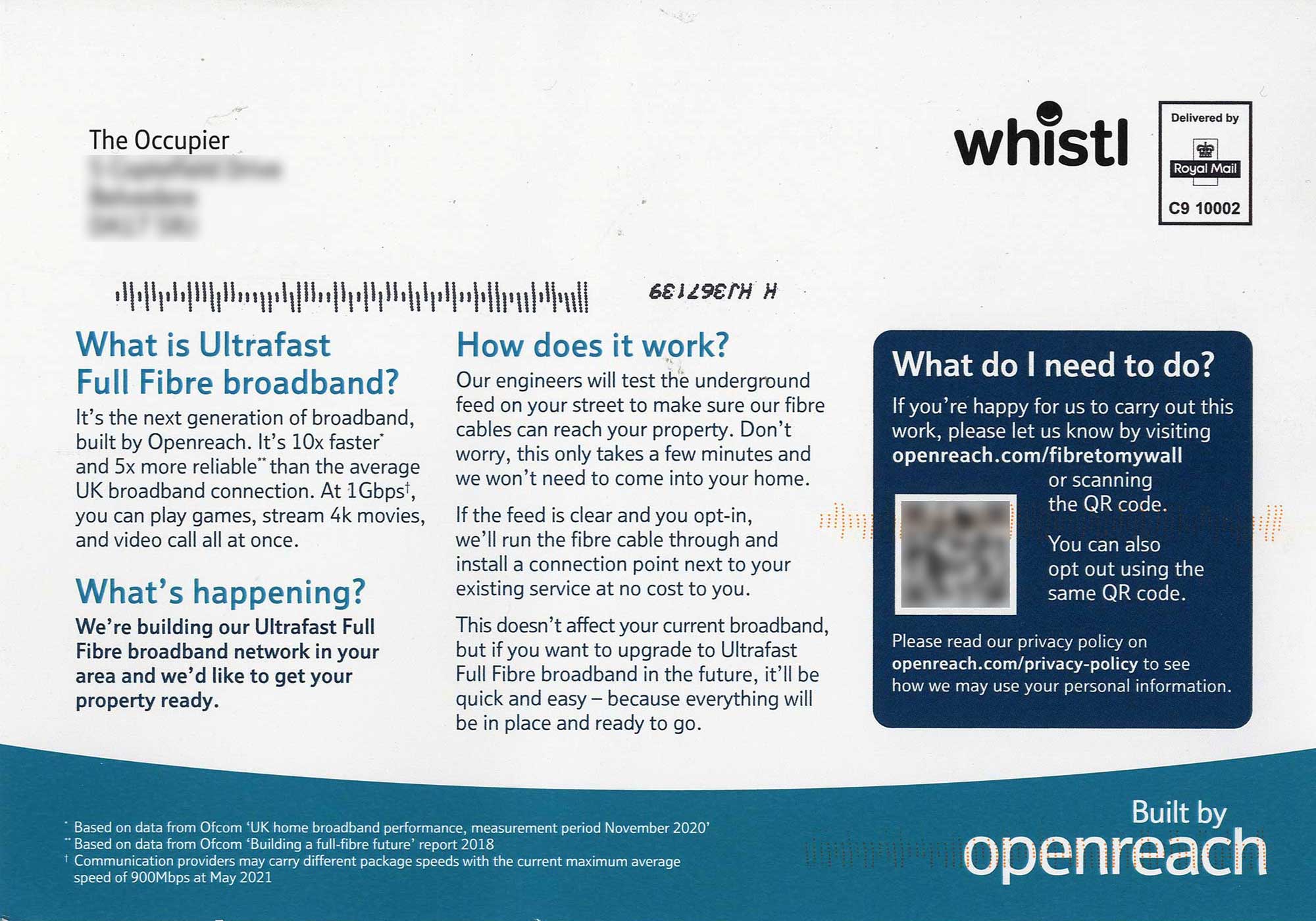 Way back in March the Murky Depths website carried a feature on Abbey Wood’s Telephone exchange (BT calls it Thamesmead) in which the author cast doubt on Greenwich Council’s failure to… well, get anything right with their plan for the area.

It spurred me on to find out what I could about the future of the Wilton Road telephone exchange and I concluded it was not going anywhere soon.

At worst it would survive five years after the last copper cable became redundant and might well go on beyond that as the local digital hub.

The next stage of the conversion is under way and Openreach refer to it as Fibre To My Wall. Most if not all roads served by the Thamesmead exchange are now provided with fibre cabling and now it must be run from the street to somewhere inside every house.

You may get a letter like that shown here. It is not BT hoping to take over your internet connection, it is Openreach offering to install the infrastructure Free of Charge.

Copper wired landline phones are on the way out, I already have one plugged into the router and when I am able to get fibre internet that does not rely on the last 400 yards (in my case) being copper I will be able to ditch my BT landline rental.

I cannot see any obvious reason why anyone would refuse Openreach’s offer although I hope most do. That way my house might be converted first!