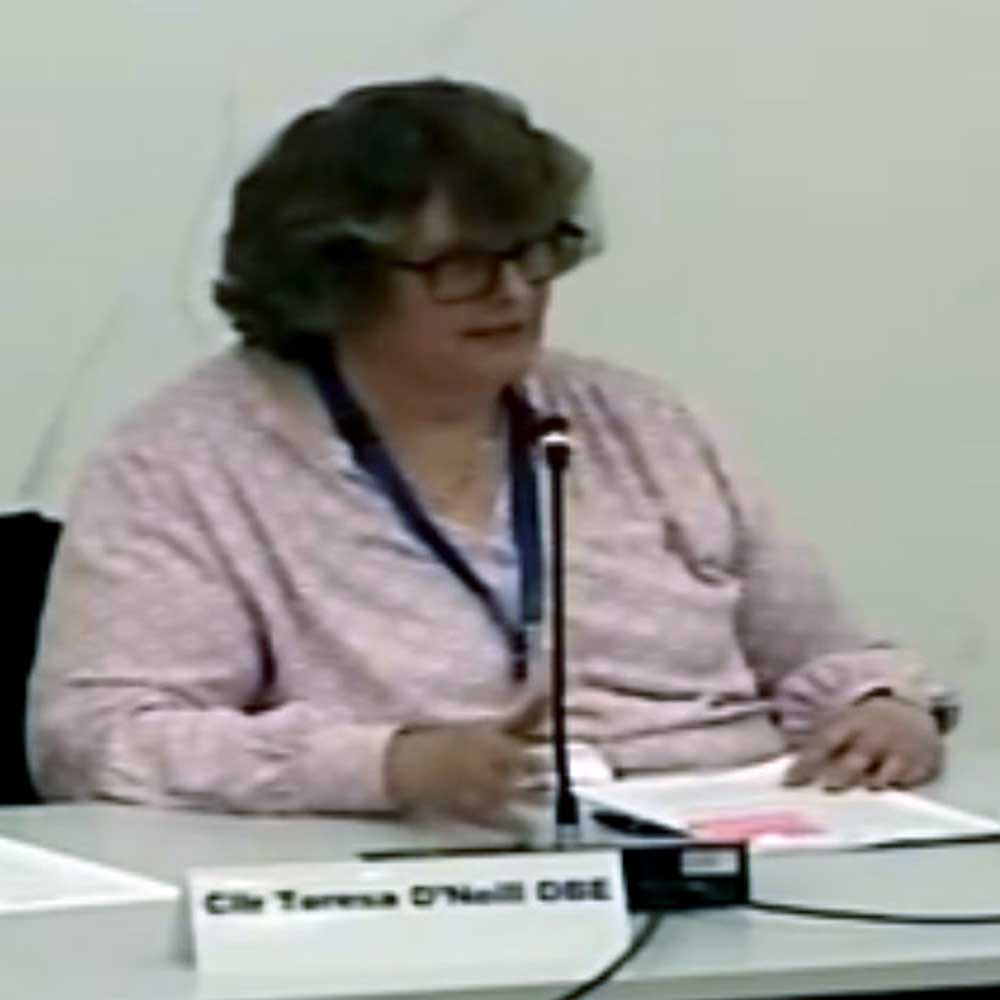 After Councillors stood for a minute in tribute to James Brokenshire MP who died last week Council Leader Teresa O’Neill launched Public Cabinet with her announcement that Bexley Council won’t be needing its Capitalisation Order or “overdraft” as it was called. It has sacked enough staff and cut enough services to get by without needing it which is a good result for anyone who has never worked for the Council or required anything more than a bin emptying and enough street lighting to avoid falling down a pothole. More seriously it is “a good achievement” and better than the alternative.

The Leader confirmed that a claim will be made against Serco for its failure to provide adequate services.

The Finance Director said the Council was currently on course to overspend by £142,000 this year. There was £11·3 million of Covid related expenditure (including loss of income) but £7·2 million was funded by Government. The balance came from the Council’s contingency budget.

Financial risks remain, social care and demographic changes in particular. The Capital Programme is underspent by 7% which is £6 million; it relates to lack of progress on the Erith Regeneration programme and various Highways schemes. Not taking up the Capitalisation Order will save £176,000 in interest costs for this year alone and up to £397,000 in following years.

Cabinet Member David Leaf said he was assessing the impact of the Serco strike. There was a loss of income on recyclables and the cost of the mitigation measures taken by the Council. He referenced “Members who chose to cheer from the picket lines to criticise those who worked during the strike and called for the strike to last until the 3rd of October should reflect not only on the impact on our residents but also the environmental impact and the potential financial pressures industrial action cause. They should care about climate change and should care about actions that help us divert waste to recycling and help our residents to recycle more”.

Cabinet Member for Education John Fuller said the estimated £5 million deficit on the Dedicated Schools Grant has been reduced to £3·4 million. Not so good is that “it projects to over £15 million”. The DofE has visited five London boroughs with worse deficits and will come to Bexley soon. Bexley has done some good things in this area and the DofE expects to take the ideas to other boroughs.

Councillor Wendy Perfect was critical of the Designated (sic) Schools Grant saying that Bexley “was not doing very well compared to other boroughs”. The SEN costs are rising and there is a large turnover of staff. She was told that the situation has been reviewed and it - whatever that might be - has been approved.

Councillor Nicola Taylor said there were 1,166 households in temporary accommodation. Residents are still being moved out of the borough with families losing their support networks and children their schools. More money should be directed at solving that problem. She was told that £3·227 million had been.

Councillor Joe Ferreira wanted to be sure that brown bins would be included in the Serco assessments. The extended residents’ contracts will have a financial cost. The Leader said she could “assure Councillor Ferreira that absolutely will be included.”

Labour Leader Stefano Borella was concerned about the collection rate on Business Rates being so low. He was told that it would take “at least between three and five years” to get things back on track.

Stefano reminded his colleagues that the various financial controls in place were put there before March 2020 and are not Covid related. The Leader said introducing the controls was “absolutely the right thing to do and to continue them until today”.

No Conservative Councillor asked a question.

Note: Following the report from Councillor Putson of how residents used to go about getting the Council to install pedestrian crossings may I repeat that his story dates back to nineteen eighty something and the reported Mayoral throwing out of the public from a meeting was not the work of James Hunt? It is possible that back in 1980 James may have occasionally indulged in throwing toys out of his pram, but he is most definitely not that way inclined any more.