31 October - Ignore Boris; stick to diesel for as long as possible

Claiming that there were 41 and referring readers to zap-map.com seemed barely worth a blog mention but early this morning I received a message on the subject of chargers, so on the last day of the month when blogs traditionally are little read, why not?

The map below right, click to see more, is from the Council’s recommended zap-map and filtered to show (as solid blue) only the chargers run by Bexley’s preferred provider BPpulse. Some of the BPpulse chargers do not belong to Bexley Council (Starbucks etc.) but even if they were the total is far short of 41 or even 21 double-headers. Count them and only the original 13 are there. (In fact I can only find twelve but maybe that is just me.)

zap-map is a live on-line service. At 8 a.m. this morning eight of Bexley’s chargers were reported as out of service. BPpulse has an appalling reputation among knowledgeable electric vehicle owners, a third out of order (eight out of 24 or 26) at any one time may be a little above average which brings me back to this morning’s message. It quoted a news report that said one in ten chargers were out of order. If only. 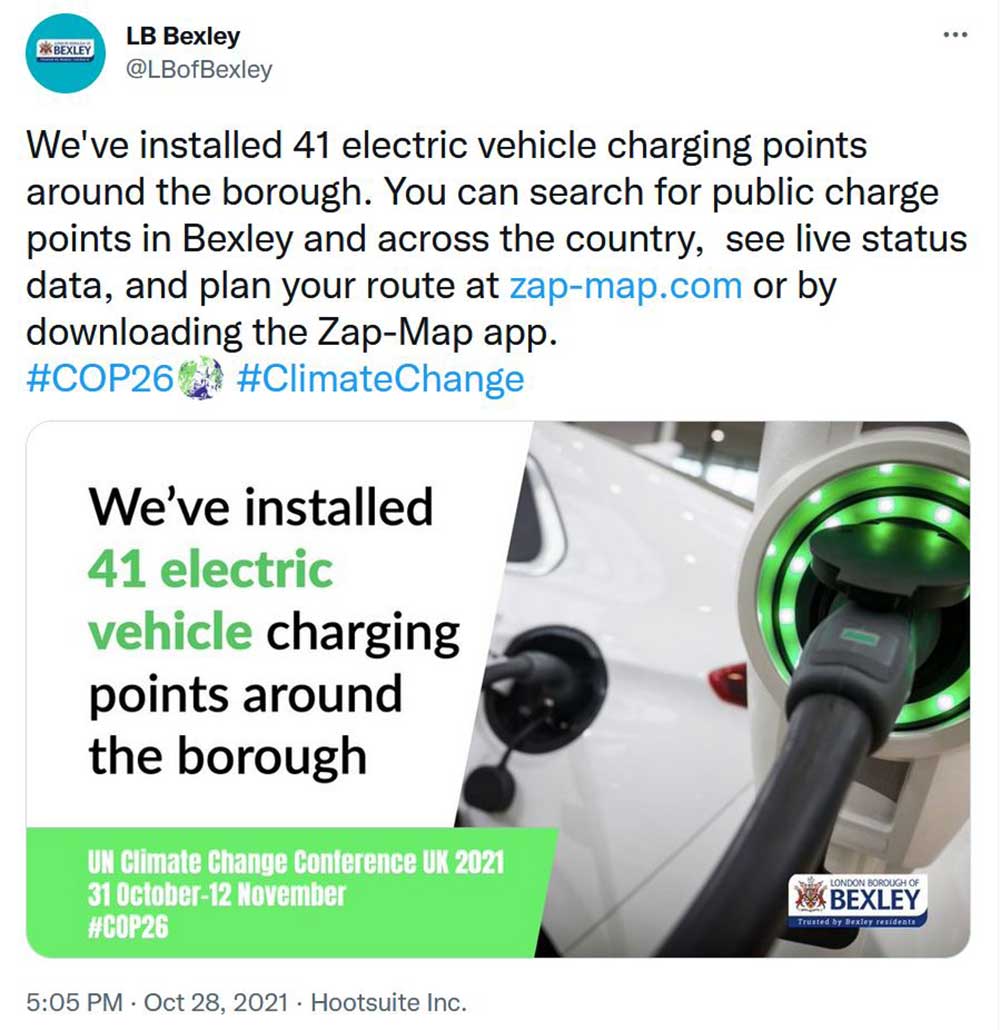 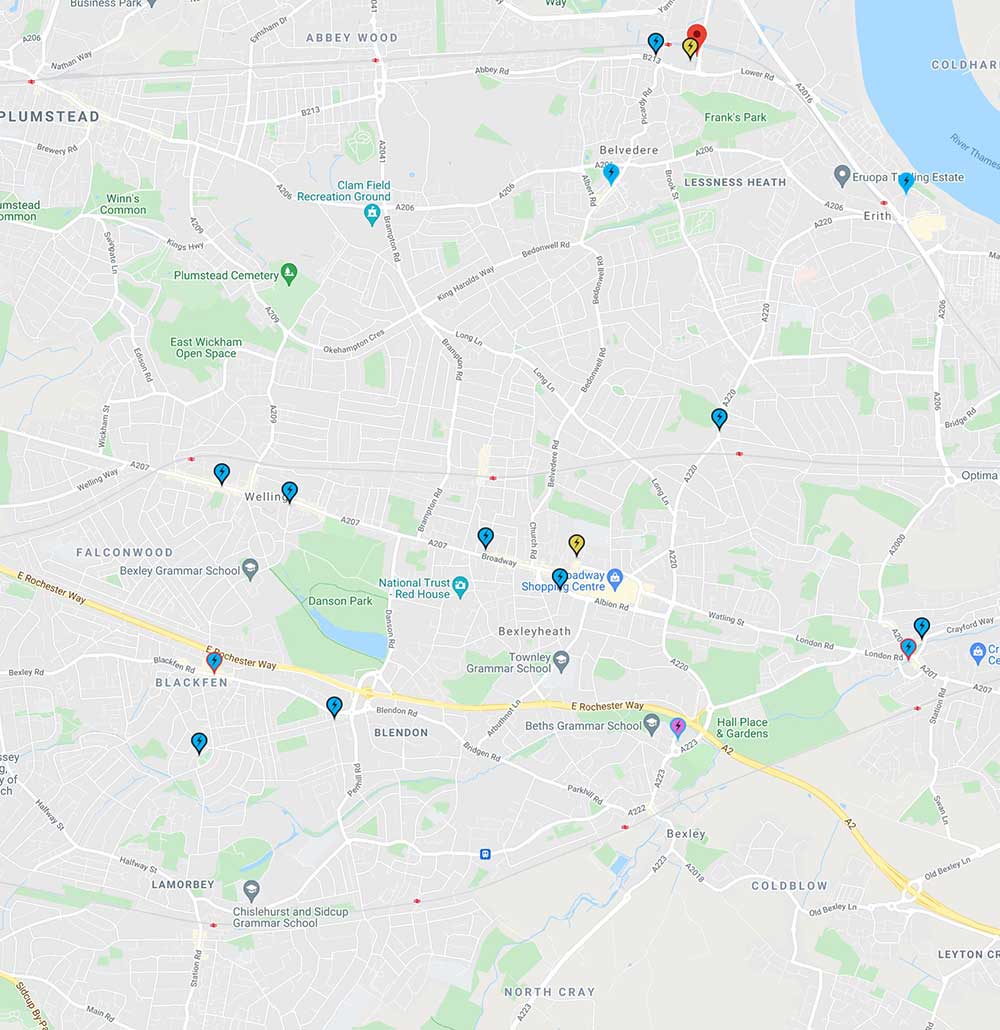 The UK charging infrastructure is expanding rapidly but maybe not as quickly a the number of EVs. Making it worse is the fact that owners are changing from the early adopting techno-nerds to ordinary motorists who are not interested in how the system works.

They tend to plug in and go away without freeing up the charger when their battery is filled. They do not realise that a battery charges very slowly once it is more than 80% full and they will make quicker progress by unplugging at that level and if necessary top up at another charger later. The so called splash and dash.

Hybrid drivers seem to be especially ignorant. In many cases they will plug in a vehicle with a maximum charging capability of 3·5 kilowatts into a charger that can run between 15 and 100 times faster, thereby causing a queue of more capable vehicles. This is a situation made possible because there have been four different types of charging plug and most charging companies still try to cater for them all. To provide only the current standard CCS plug would render all Nissans and most Renaults unusable except for home charging.

People who have no home charging facilities and regularly do long journeys should probably stick to diesel, the new price of electricity may make that a cheaper option anyway.

The following is a description of one electric driver’s very recent nightmare journey. There are many more.

It used to be that you could travel along the motorway with no particular issues, if one charger was broken, you’d go to the next one.

But, travelling from Bristol to Ipswich today has taken eight hours.

These days it seems, with many more people in EVs, there just aren’t enough chargers, every one we reached had a queue of people, and if you stay at the services more than two hours they want £15. Half the chargers on the M4 are broken it seems.

It’s literally at the point of making me think we need a petrol car again, just for long journeys, because the lack of charging infrastructure makes long EV journeys a massive hassle and really stressful.

Anyone having similar experiences?

To which this was just one of dozens of answers.

I was at home being nagged, wife was driving there (on Friday) and back (today), doing that thing where apparently I need to coordinate the trip and tell her where to go from home via Zap Map etc. (I would have found my own way…)

She left home fully charged, charged once on the way down, didn’t get a full charge as she had to wait for two other cars to finish charging and then had to leave before hitting the two hour limit.

She arrived with ~30% battery. She could have gotten to Membury on the way back, but going by Zap Map the CCS devices are all broken, so she went to Leigh Delamare. One charger there, so she had to wait for another car to finish and left there with 90%.

She had to divert up the M40 because the end of the M4 was closed, so went to South Mimms, where the CCS device was broken, and the other one (Type 2 and CHAdeMo) in use on Type 2 by another Zoe.

I sent her to Lidl at Waltham Cross, where another Zoe was charging on CCS, I got her to AC charge until the Zoe left then switched to CCS.

Total trip, eight hours. Most of it waiting for chargers.