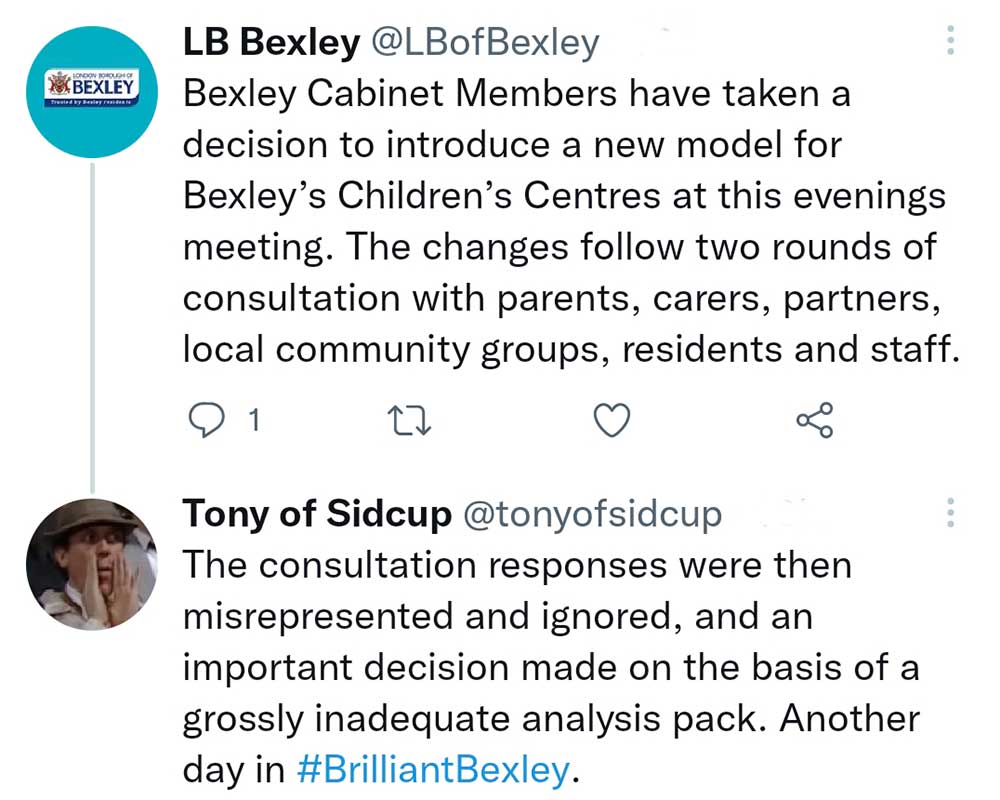 It is a little bit of a mystery to me why the subject of Children’s Centres has not featured greatly on Bonkers. I know there was a plan to close them all down but I was not sure what the Centres did.

I know there was a plan to improve services to parents via the unusual technique of closing them all down and I know there was a much criticised consultation on the subject but Cabinet Member Philip Read said in Council that there was nothing wrong with it.

He must have been wrong again as another consultation on how expenditure can be cut in half while fooling everyone into thinking it was all for the best was held.

The Cabinet met again on Wednesday to rubber stamp the new plan. I have not yet found the time to listen to it but Labour Councillors have not been so tardy, They issued a Press Release yesterday.

All the constructive suggestions put forward by users were rejected. Saving nearly £400k. (£691,000 down to £314,000) is the only thing that matters when bankruptcy has been narrowly avoided.