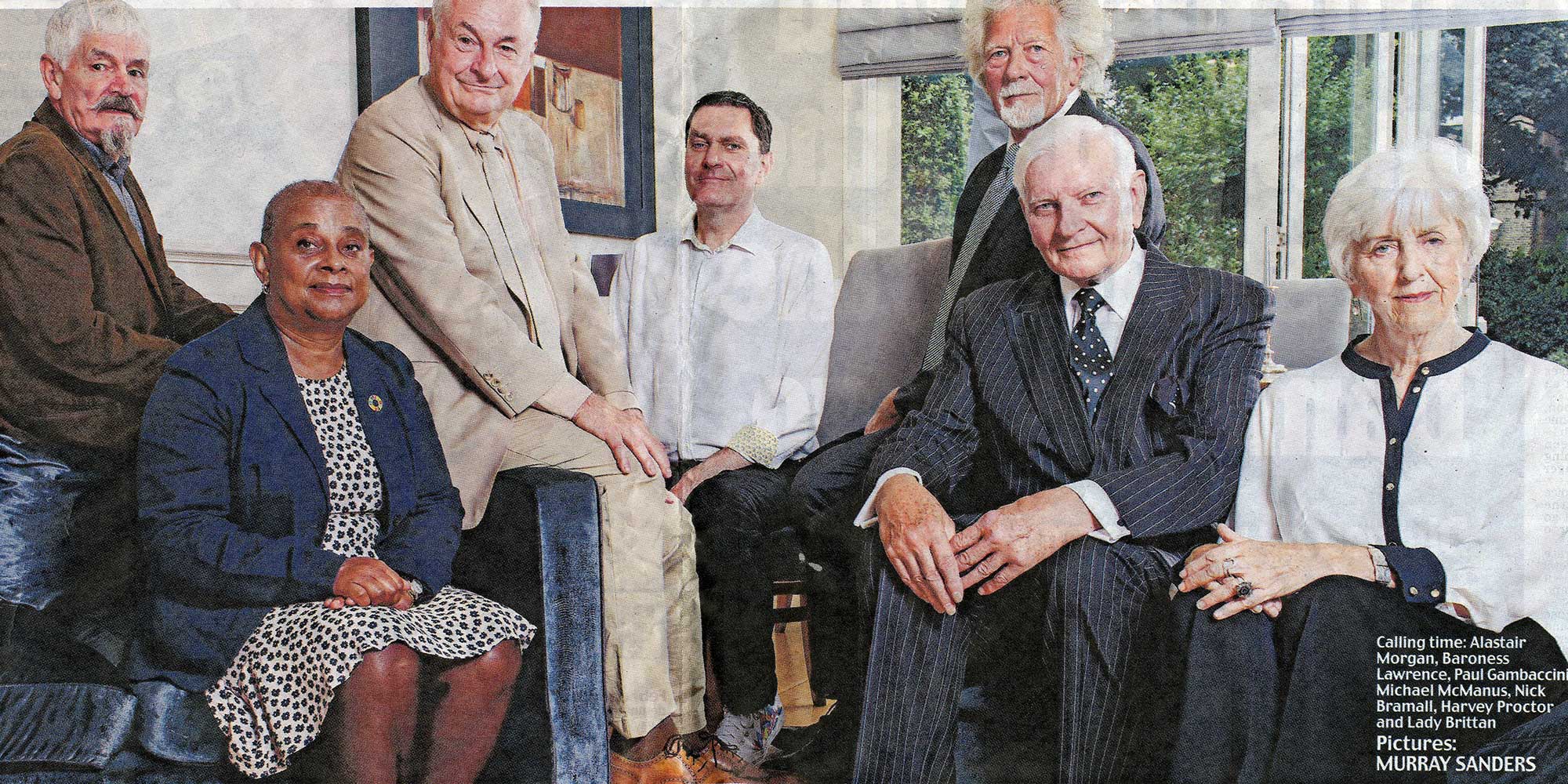 It has taken several days to get around to reading all eight pages of the severe criticism of Cressida Dick in last Thursday’s Daily Mail. There are some really moving accounts of how the Metropolitan Police Commissioner has made life changing mistakes and too often gone out of her way to inflict maximum pain on police victims.

The Mail gathered together Alastair Morgan (†) who almost single handedly pursued the police for the corrupt behaviour linked to his brother’s murder and secured the landmark ruling of Institutional Corruption and six fellow victims of Dick’s reign.

Alongside him was Baroness Lawrence mother of Stephen murdered in nearby Well Hall Road 28 years ago which resulted in the Institutional Racism label. Paul Gambaccini, Nick Brammal son of D-Day hero Lord Bramall, former Home Secretary Leon Brittan’s widow and former MP Harvey Proctor all (or their partners) variously and falsely accused of the rape and murder of young children. Also with them was former Prime Minister Ted Heath’s biographer Michael McManus. The one time Bexley and Old Sidcup MP was also subjected to a totally spurious police investigation.

No police officer has ever been disciplined for their life wrecking mistakes. One small extract from the Mail’s article appears below. Absolutely damning of Cressida Dick. 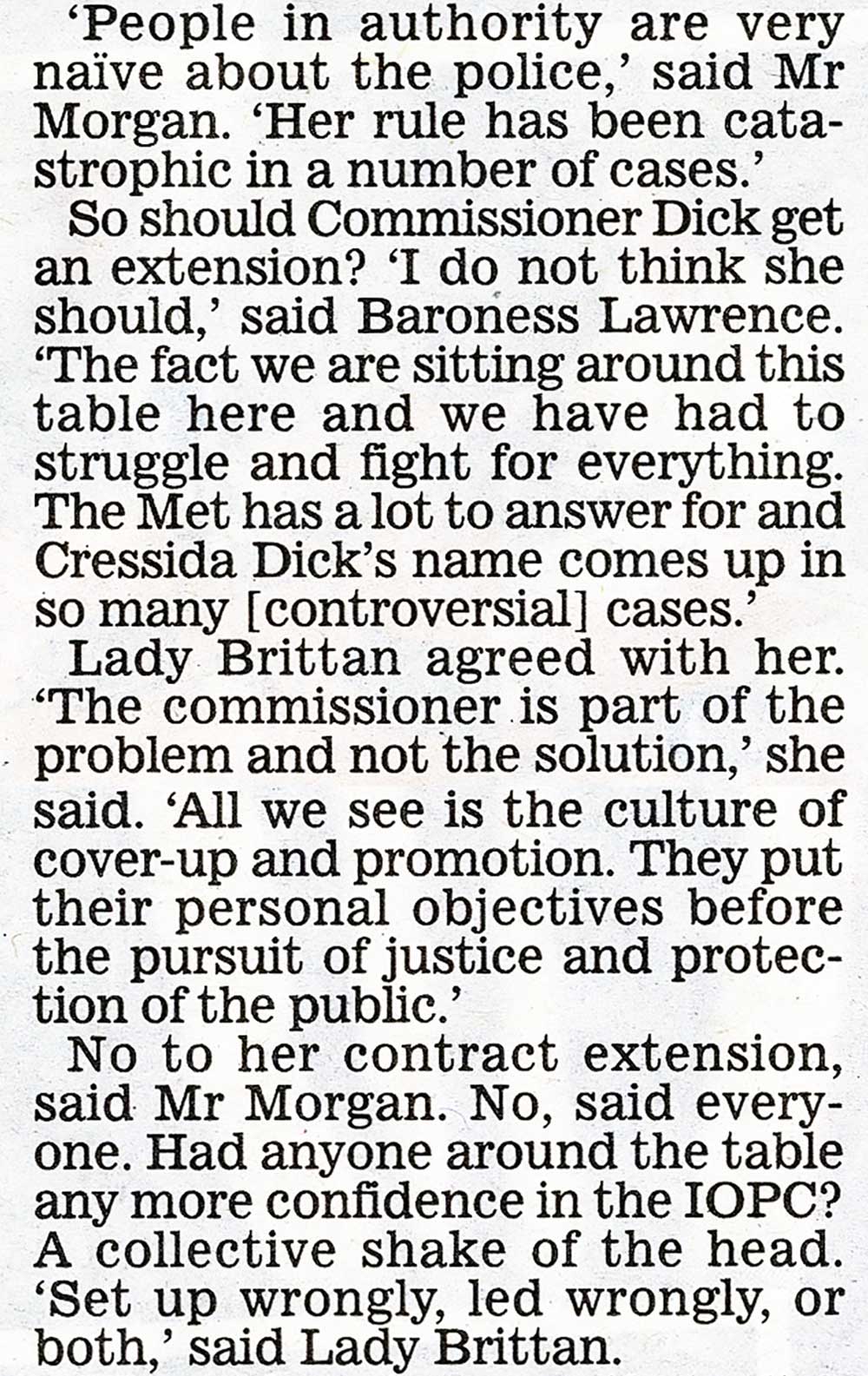 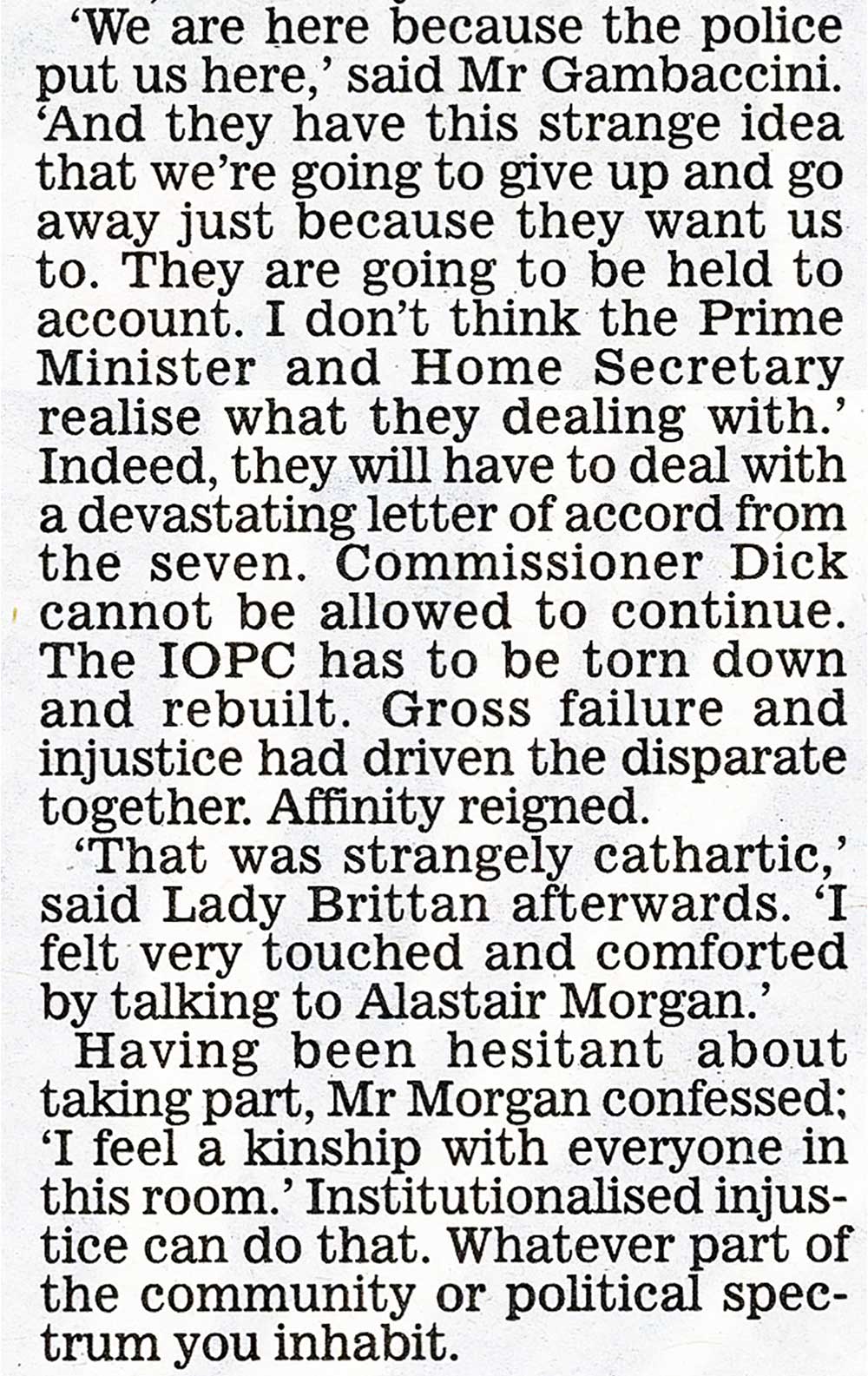 The President of the Thamesmead and Erith Conservative Association of which I was once a member, in her role as Home Secretary, the Home Secretary who tried to interfere with the publication of the Daniel Morgan Independent Panel’s report, saw fit to endorse a two year contract extension for the totally discredited Met. Commissioner.

It is almost impossible to put into words the dishonesty, corruption and cronyism that permeates Boris Johnson’s Government. Priti Patel for whom many of us former Conservatives had high hopes consistently manages to plumb the depths of immorality and incompetence.

I voted Conservative in 1997 when Labour swept to power. I dithered at every General Election after 2005 but in the end always went Blue. No more dithering, the end of the road has been reached. At the top of the tree Conservatism in 2021 means Corruption and while local Tories keep Priti Patel as their President they endorse it. In Bexley next May and with a heavy heart It looks like being another Labour vote from me. The third in a lifetime of Toryism, but enough is enough. (Danny and Sally being numbers one and two.)

† For new readers, Alastair Morgan is the brother of murdered Private Investigator Daniel Morgan and the 30 year partner of my daughter. The official report into the failure of the Metropolitan Police to solve the murder and subsequently cover up their failures were described as Institutionally Corrupt with Cressida Dick singled out for special mentions. She dismissed the eight years of work out of hand. The suggestion of corruption was “offensiveֲ”.