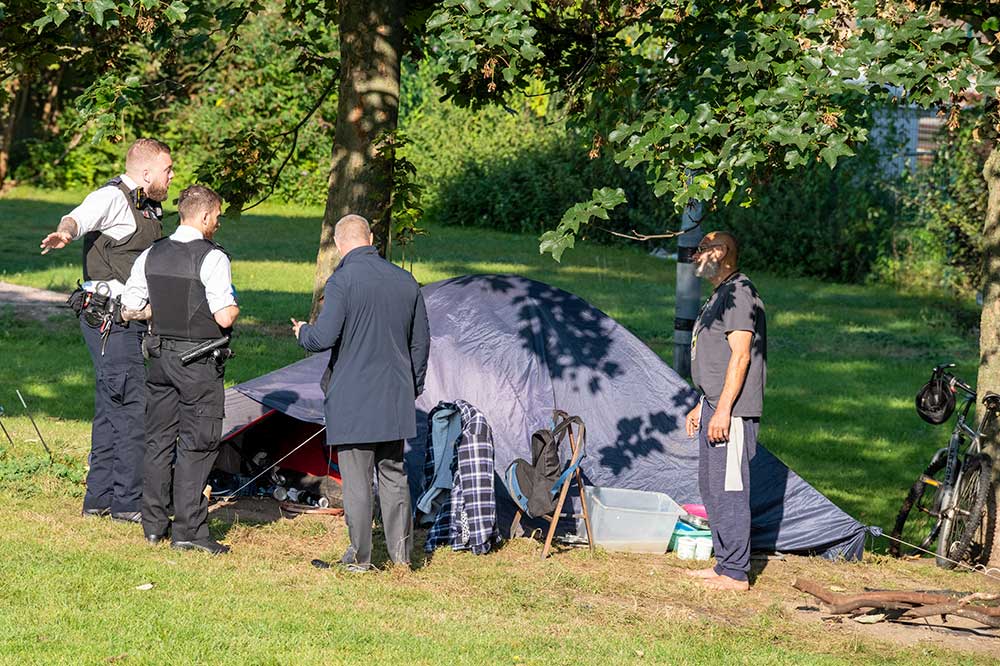 It must be nearly four months since my new neighbour moved in and never once has he been a nuisance; quiet as a mouse and last week he had his rubbish heap removed which means he is doing better than most of us, me included.

However this morning there were voices in evidence and peering through a convenient knot hole in the fence revealed a gaggle of cops. They were not there long and the camper has since been seen relaxing in his chair, happy in the knowledge that he is doing more to tackle Bexley’s homelessness problem than Bexley Council itself.

Note: Exactly three hours later an ambulance and an NHS response car showed up and took the occupant away. On 23rd September the tent was taken away.