Taking centre stage in the party photo below is Bexley’s Council Leader and James Hunt the Mayor and if they thoroughly enjoyed themselves they have Independent Councillor Danny Hackett to thank for it, or maybe Cabinet Member David Leaf could claim some credit because he sprang a surprise a year ago by announcing that Conservative Councillors would not be taking their annual pay (allowance) rise. By a series of mis-steps the saving translated into a Summer Garden Party for “volunteers”.

What Councillor Leaf failed to say was that all Councillors had agreed to forego their increase for the second year in a row. 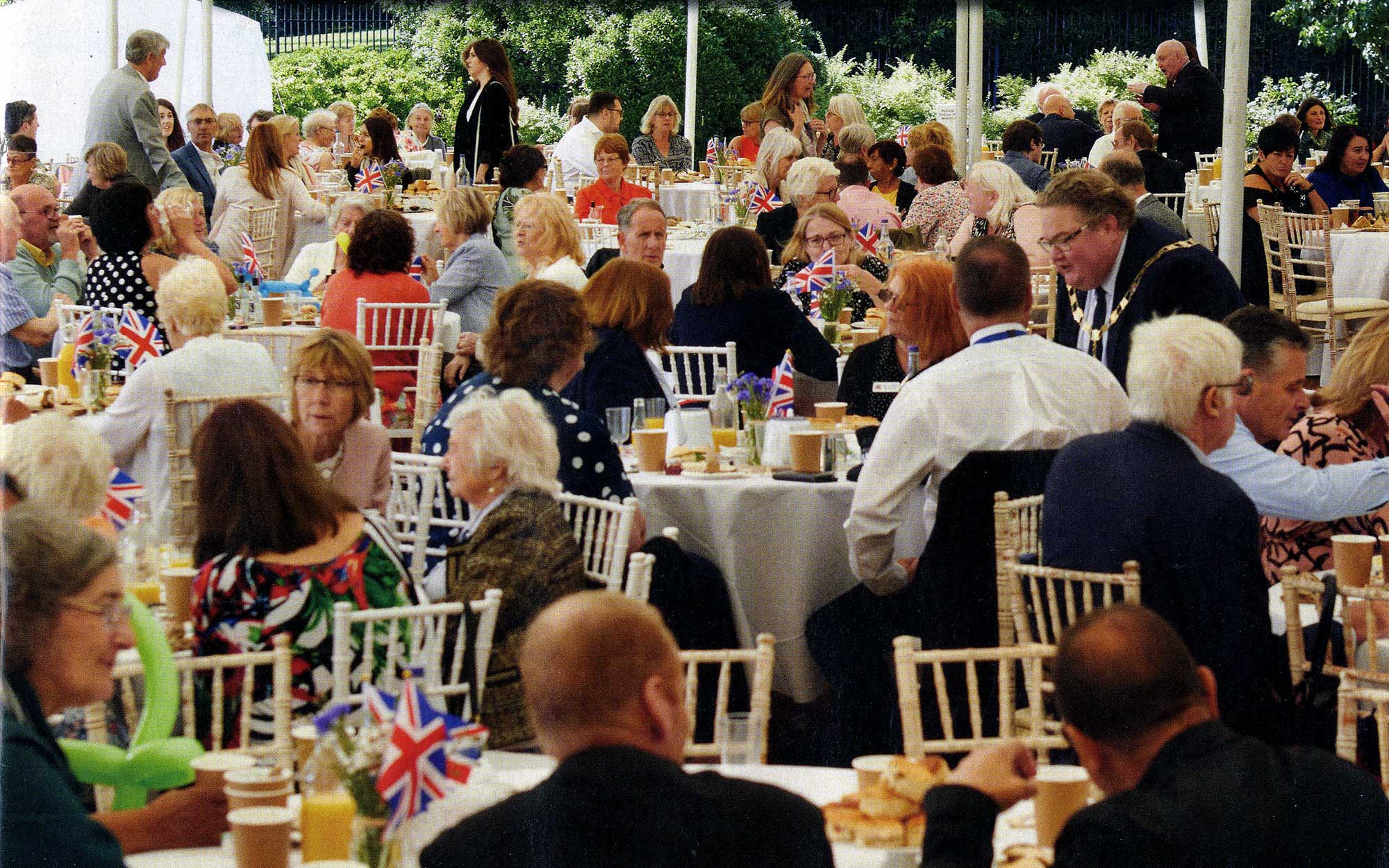 It sounded like a well intentioned act but it had its critics. The official pay rate was increased but there was nothing to stop a Councillor who fell on hard times reneging on the deal and taking his cut. Even if untaken the allowance is rising at the approved rate and when the freeze comes to an end it will ensure a nice fat bonus. That remains the case even now.

No one suggested that an individual taking the money was a likely scenario and the total amount involved over two years was close to £43,000.

Why not make the pay freeze official and spend the money usefully?

On 4th March 2021 Councillor Danny Hackett (Independent, Thamesmead East) tried to make that official policy but the Conservatives told him where to go and so did his former Labour colleagues. It seemed to be absolutely crazy at the time but politicians often do stupid things.

Councillor Hackett didn’t like the rejection of his idea for wholly political reasons it and nor did the residents who saw the saga unfold on the webcast and in the News Shopper. Twitter in particular erupted in fury to the extent that the Conservatives U-turned. Without consulting anyone they announced that the money would be taken from the allowances pot and spent on a party for the borough’s #doitforbexley volunteers.

It was described by Bexley Council in their magazine (Autumn 2021 issue Page 6) as a “cream tea” for “almost 1,000” guests and took place on both the 7th and 8th August in the grounds of Danson House.

If all the money was spent the price of an individual Tea in a Tent approached that of Tea at the Ritz but without the ambience and uniformed flunkies. Tents, Toilets and red tape never come cheap; the way that costs run away uncontrollably in the public services is legendary and the reason why taxes are so high.

Enquiries reveal that Bexley’s requirements for the event were…

• Company to be available at very short notice - About five weeks
• Able to provide all requirements within budget
• Very large marquee, capable of housing 500 guests
• On-site catering for 500 guests
• Supply of all staff – Waiters, chefs, managers etc
• Supply of generator power supplies, all tables, chairs and crockery etc.
• Staging required for entertainment being provided by local groups
• Flooring for inside of marquee
• Supply of on-site toilets
• Complete management and delivery of event
• Company to be completely and correctly insured with full Public Liability Insurance

See what I mean? There would not be a lot of money left over for a cuppa and a cream cake! Who could fulfill such a request at short notice?

Apparently the answer was almost no one. There was no time to go through the usual procurement processes and it was a case of searching the web and phoning around.

Only one company looked to be up to the job; City Events Limited, a newish outfit from Tower Hamlets. They quoted £37,475 and produced the goods on time. Where the left over £5,000 went is not revealed.

Whether it was worth the cost of two Zebra Crossings is a different matter entirely.