7 July - Still Bonkers after all these years

Many of us who live in the neglected North West of the borough are only too well aware that far more people than one might imagine don’t know where the borough boundary lies, and not just the newcomers. I have occasionally seen Greenwich’s rare traffic wardens stray beyond the border. Over the weekend the police have issued two separate Section 60 notices in and around Thamesmead both of them displaying woeful ignorance of where the ward boundaries are, I never expect anything other than incompetence from the police but you would expect Bexley Council to know better.

To speed the demise of the Wilton Road traders Bexley Council is taking away more parking bays tomorrow in order to promote the betting shop on the Greenwich side of Wilton Road.

Wilton Road traders have said that Paddy Power will be filming an advert. (Subsequently confirmed by the film crew.)

Photo 1 shows the parking restrictions on the Bexley side of Wilton Road and an identical warning (Photo 2) has been posted on the other side. Everyone with local knowledge will recognise where it is; bang outside Paddy Power.

Did Bexley Council make another of their trademark little mistakes? Well yes probably but it is made far worse by two more signs around the corner in Abbey Wood Road. Abbey Wood Road is well and truly part of Greenwich, every yard of it lies inside the Greenwich boundary. The No Parking signs (Photos 3 & 4) are around 80 yards beyond Bexley’s jurisdiction and include the Bexley logo, not the Royal Borough’s.

Just what to they think they are doing threatening drivers who park on the Royal Borough’s terrain? Where is their Traffic Order and Public Notice?

Greenwich Councillors have been asked for comment but they know nothing about it. 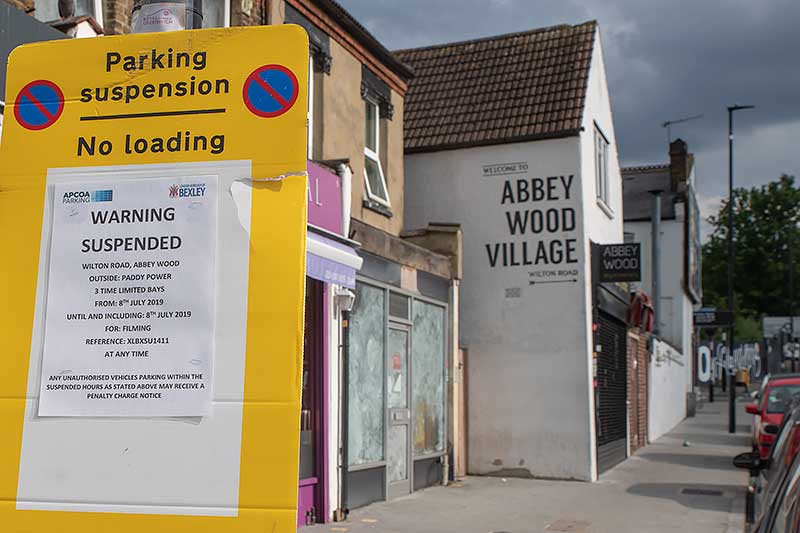 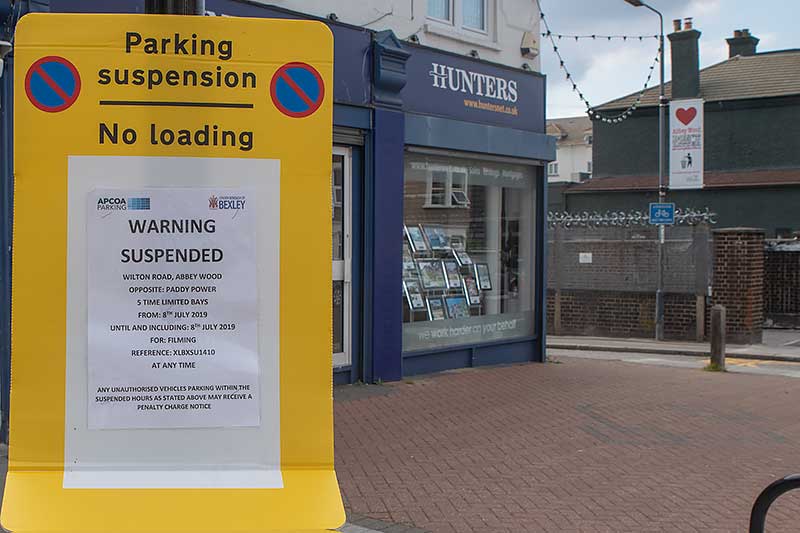 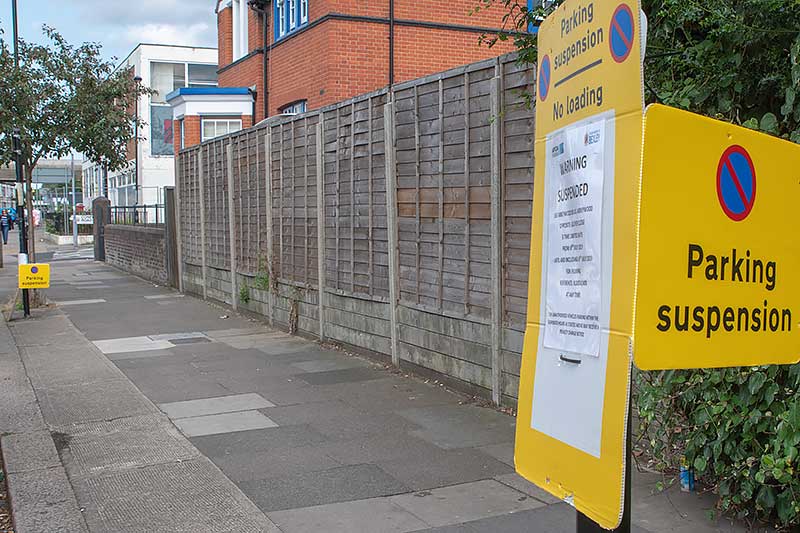 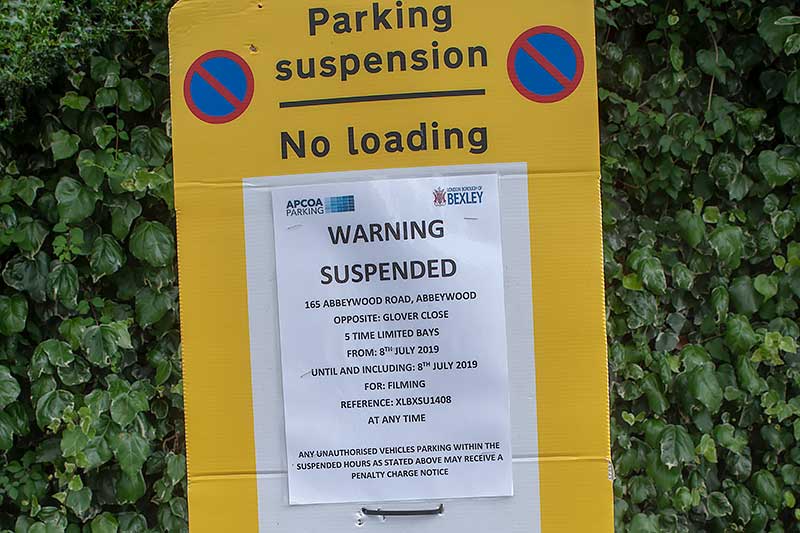 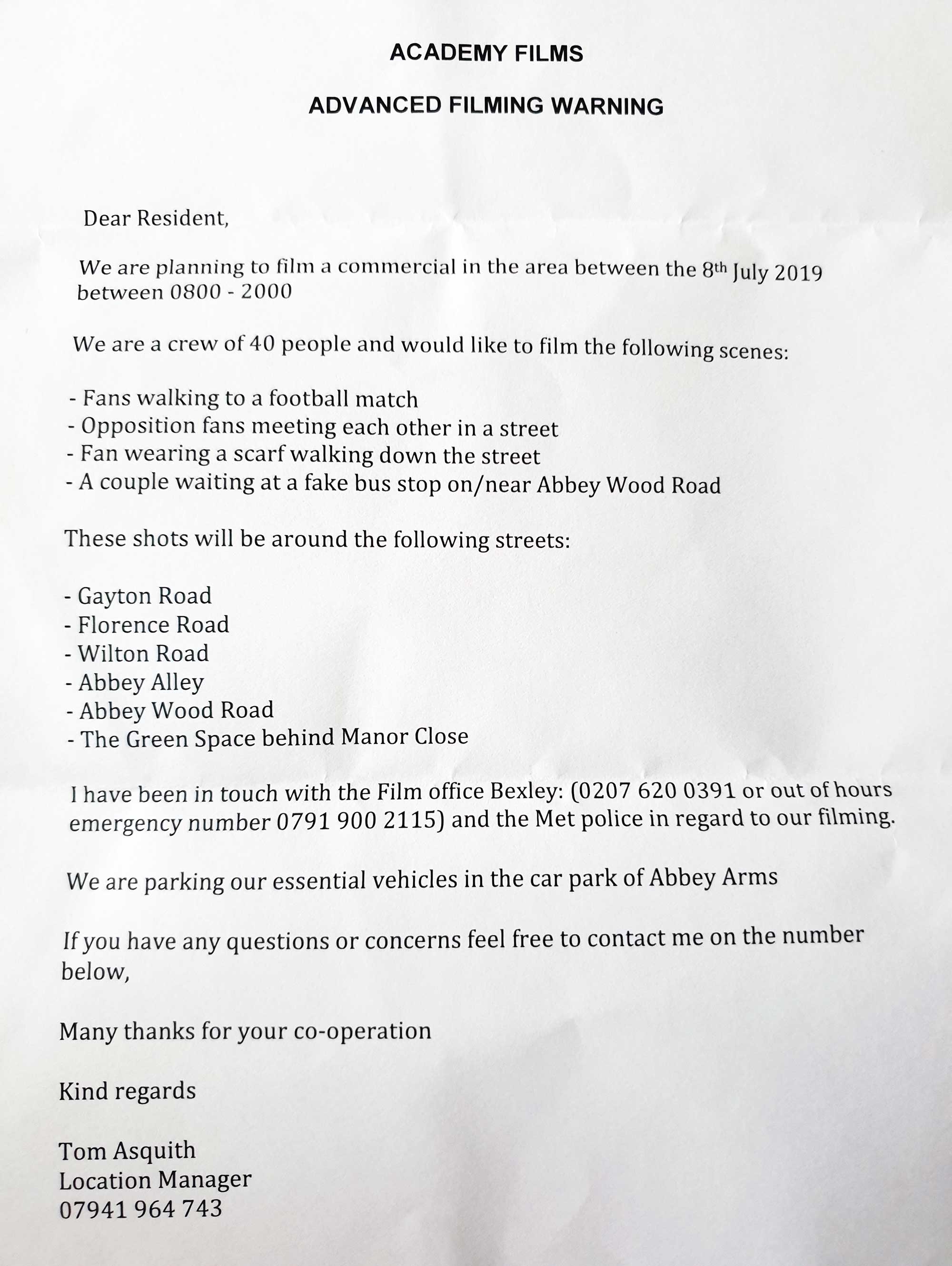 Two of the roads roads listed in the letter above are in Bexley and one is shared. The Green Space? Not sure. Do they mean Manorside Close?