Ruxley Roundabout - What a Disaster!

The changes to this junction were first reported on 25th July 2010. To fully appreciate the changes made it is advisable to read that report and view the associated image gallery before progressing further. 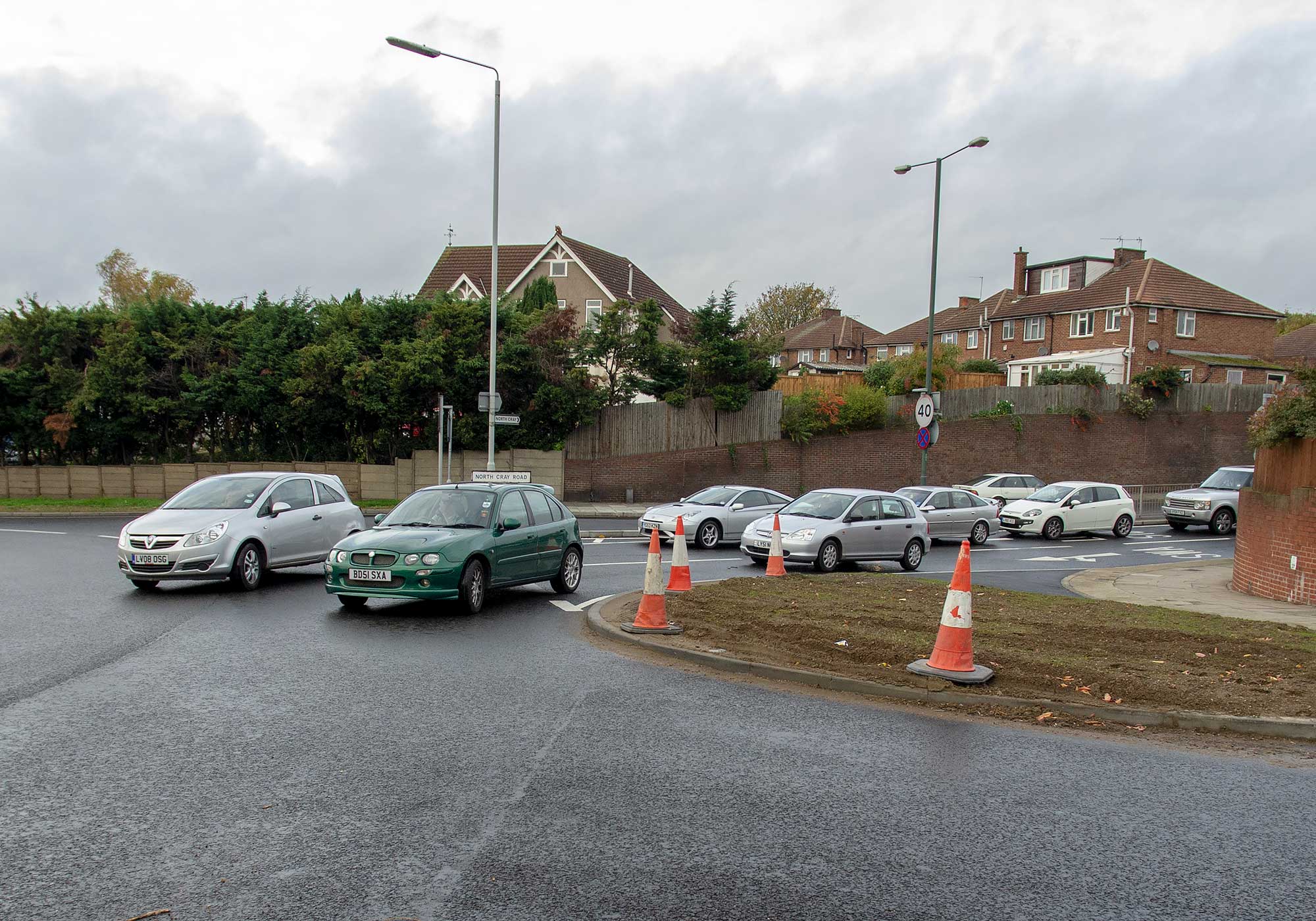 Ruxley roundabout is at the southern end of North Cray Road, a dual carriageway restricted to 40 m.p.h. The roundabout has five exits and the turning left to Swanley seen here used to be wide and allowed vehicles to exit that way without delaying following traffic unduly. As can be seen here at 2 o’clock in the afternoon, traffic queues have become the norm. 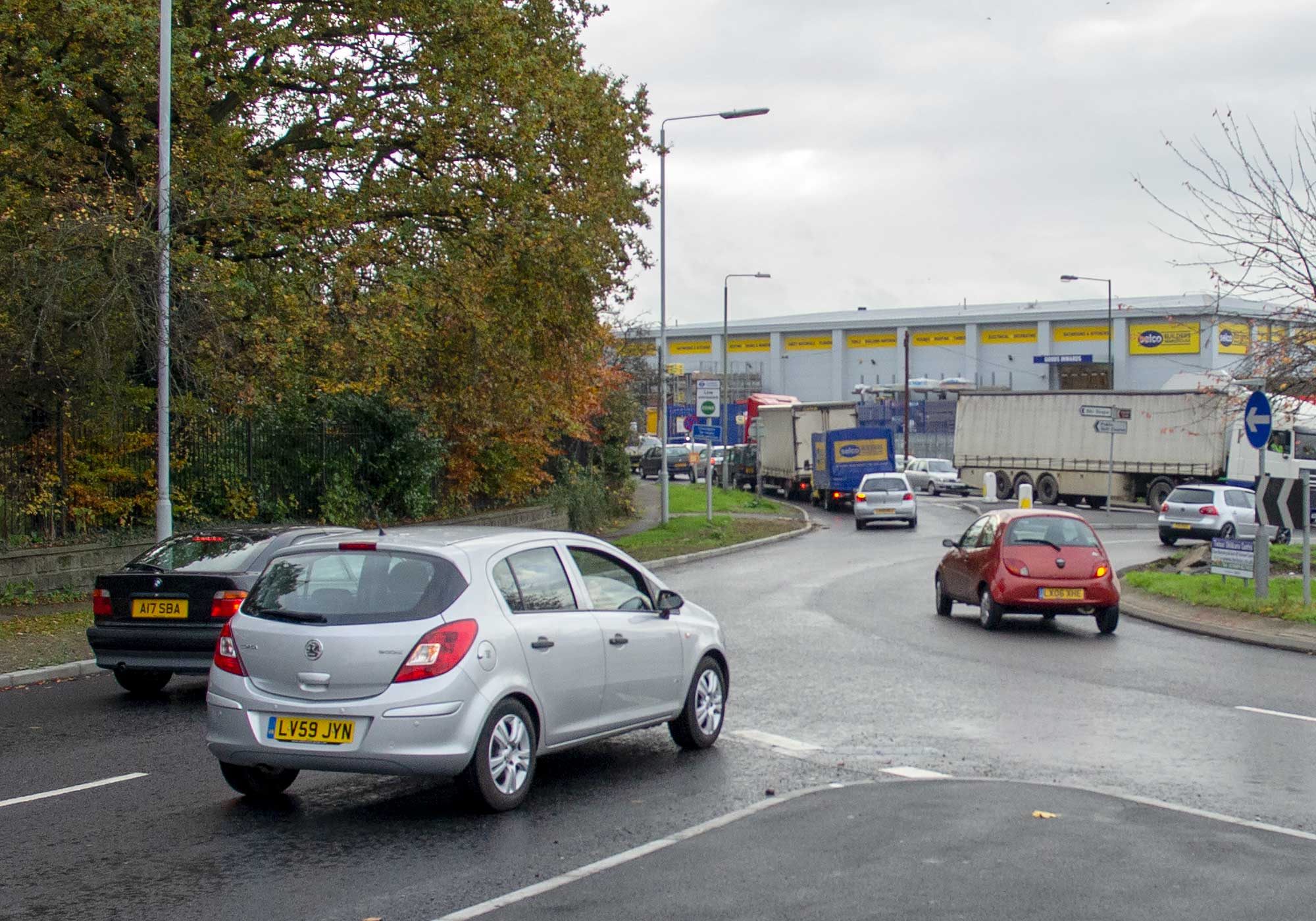 The reduced carriageway widths have knock-on effects which no-one at Bexley council has the skill to foresee. Lorries find it more difficult to exit the industrial estate which in turn blocks the entrance to it and before long the tail back extends into the roundabout. At least that is self regulating. When the roundabout is totally blocked the lorries can get out. 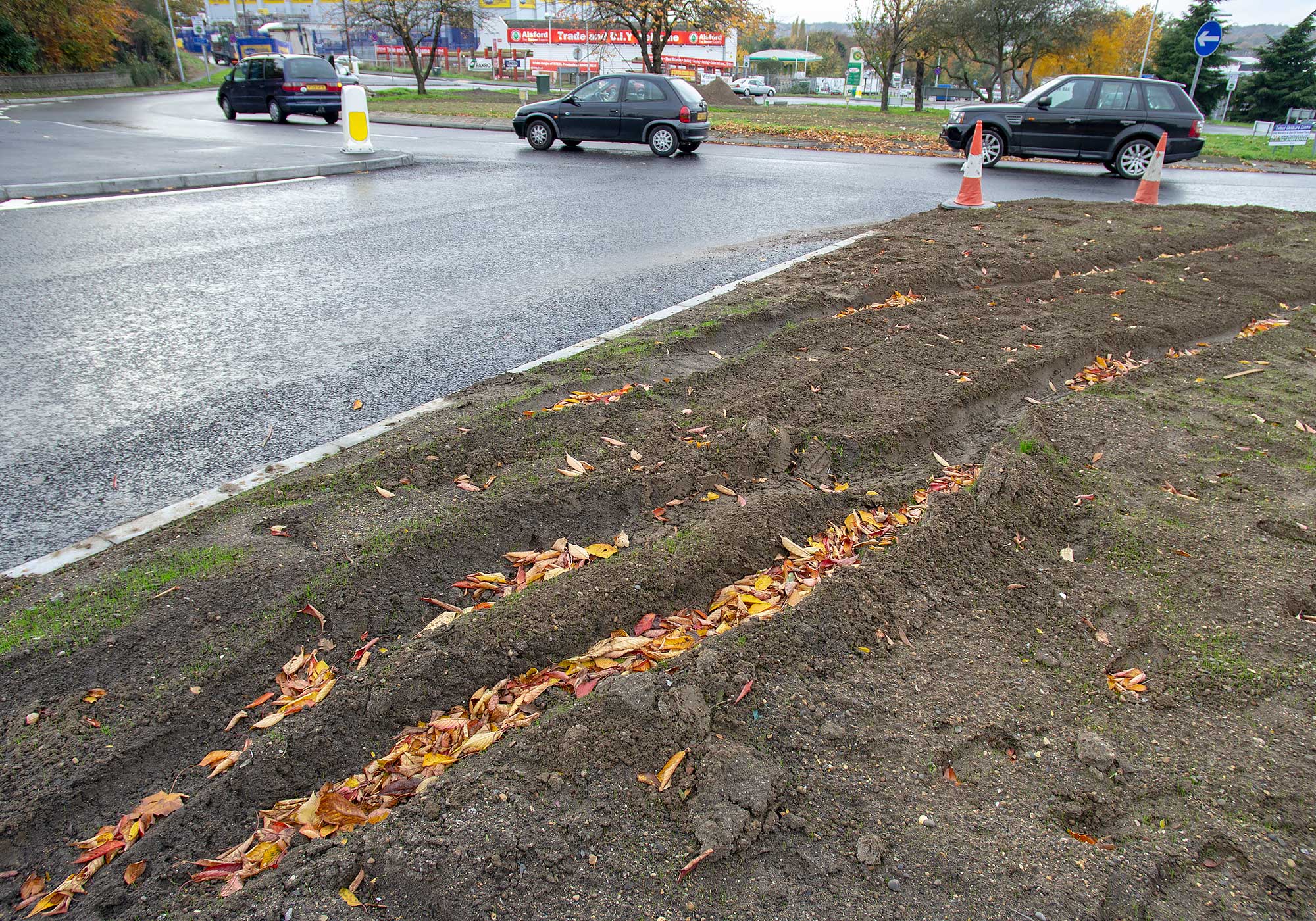 Bexley council is renowned for roundabouts that large vehicles cannot get around. The one in Wickham Lane gets a lot of publicity because it is a no-go area for buses, but Ruxley is almost as bad; lorries cannot get around it as these wheel ruts show. They don’t just cut the corner, some have to go right round the roundabout and approach Maidstone Road from the Sidcup side - and still they have to go over the newly seeded verge. 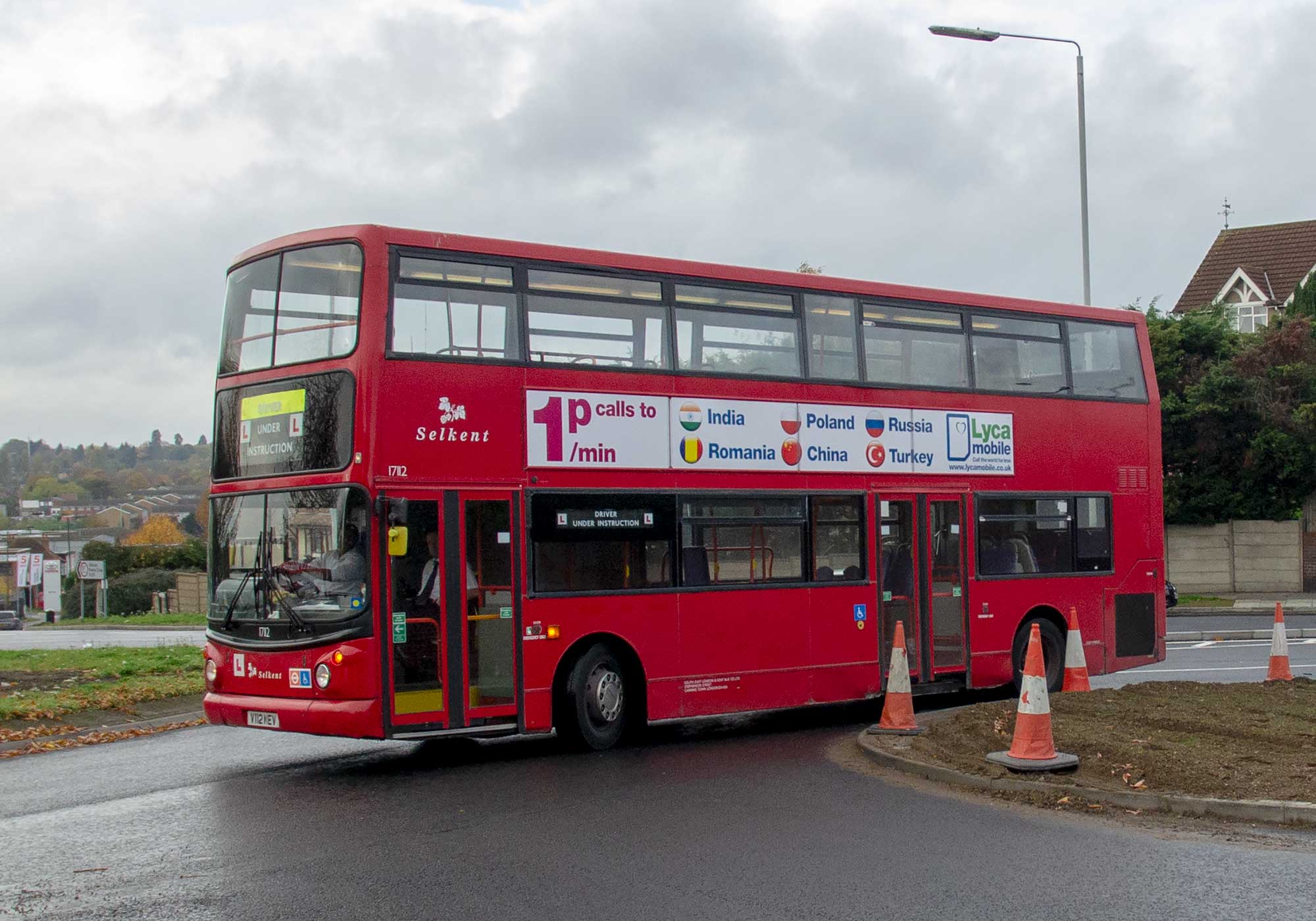 Buses may not normally have to navigate the corner but this one obligingly demonstrated how it can be done. Pull right over to the centre lane and then hard left and try not to mount the traffic island opposite. 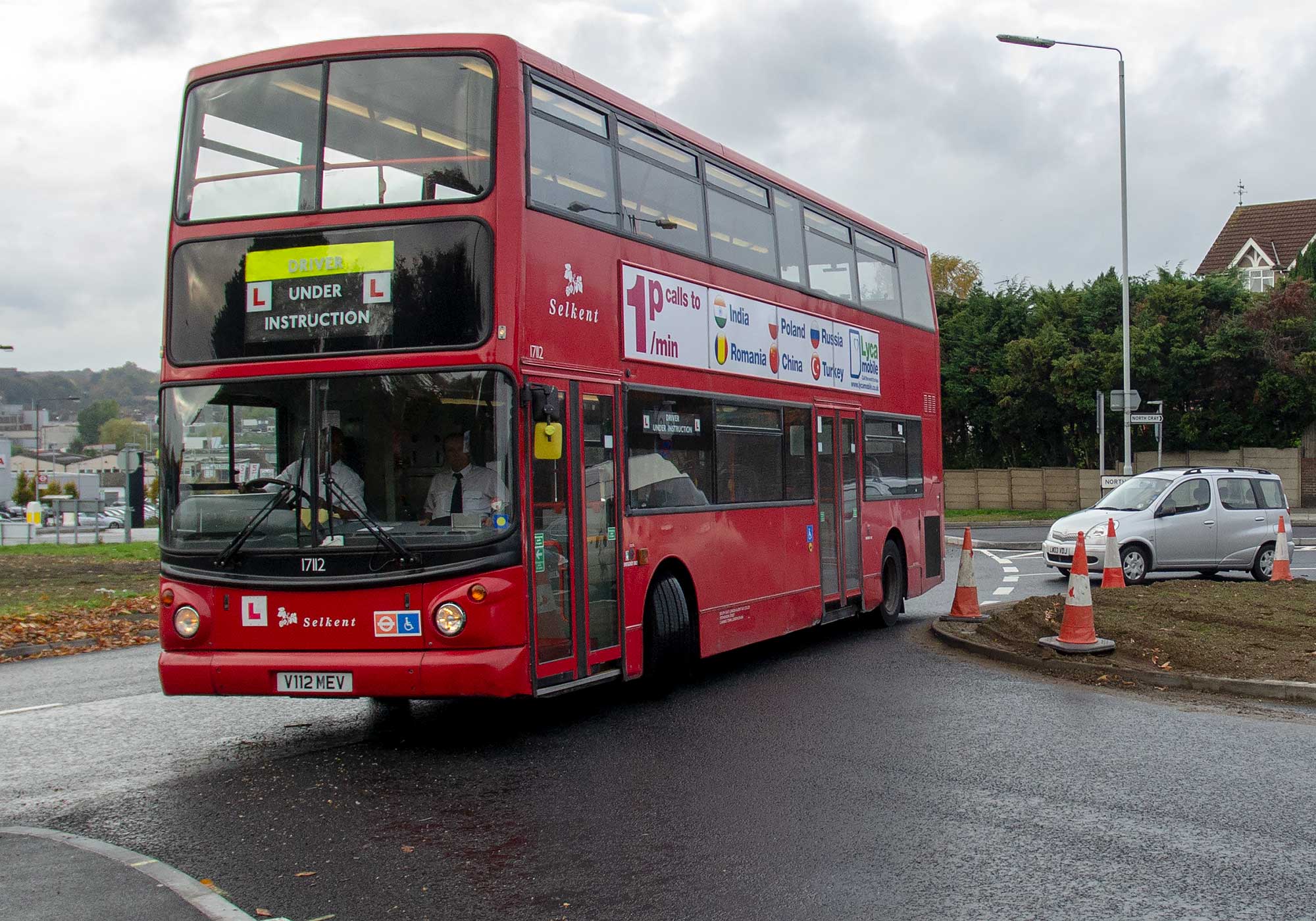 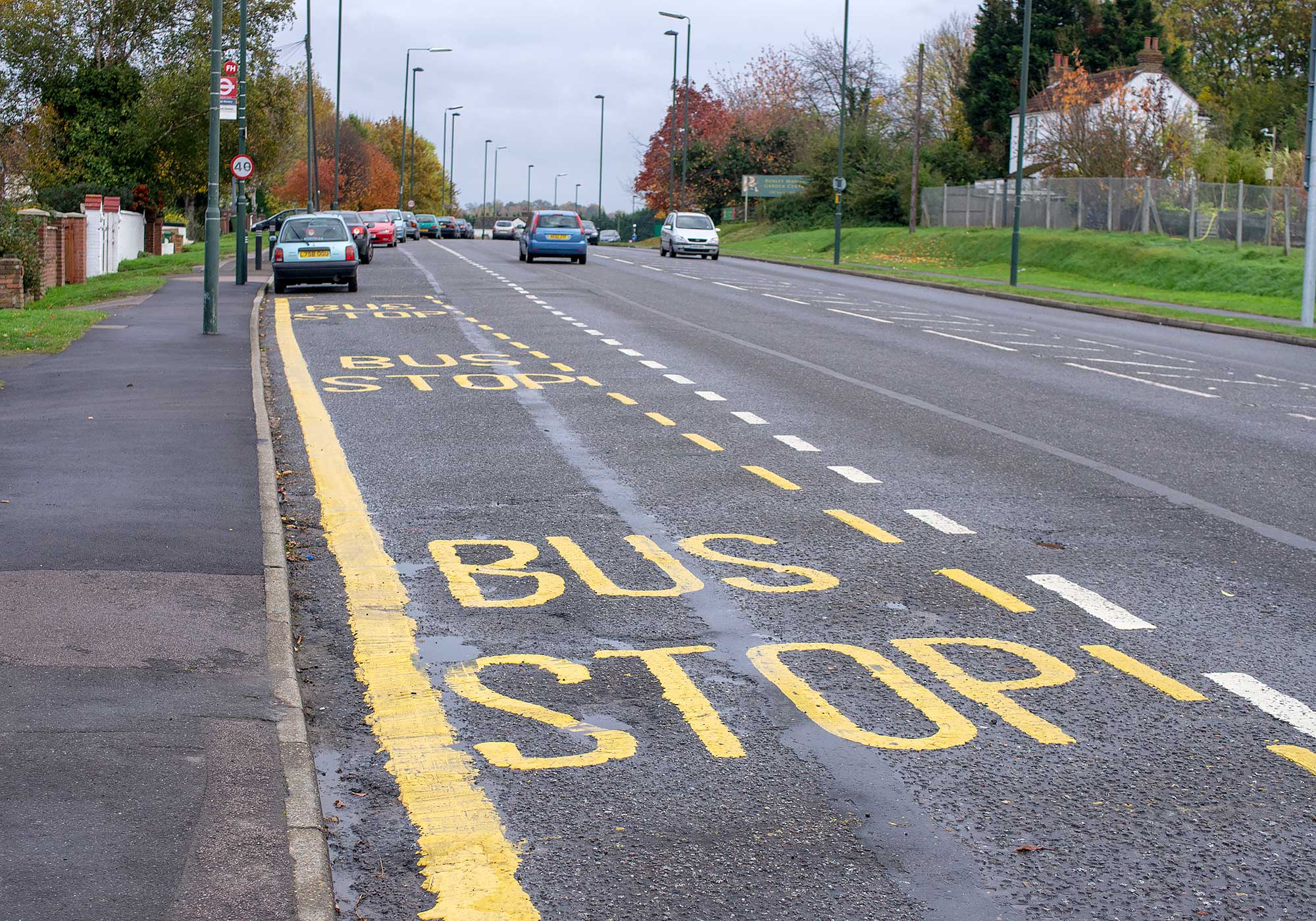 A few hundred metres along Maidstone Road an area previously reserved for parking is now taken over by a bus stop. In the words of a local resident, “as long as a Jumbo Jet” but the bus stop is outside the reserved area. Long enough for three buses, maybe more, and all for a single service at a Request Stop which runs at 20 minute intervals. Clever stuff. 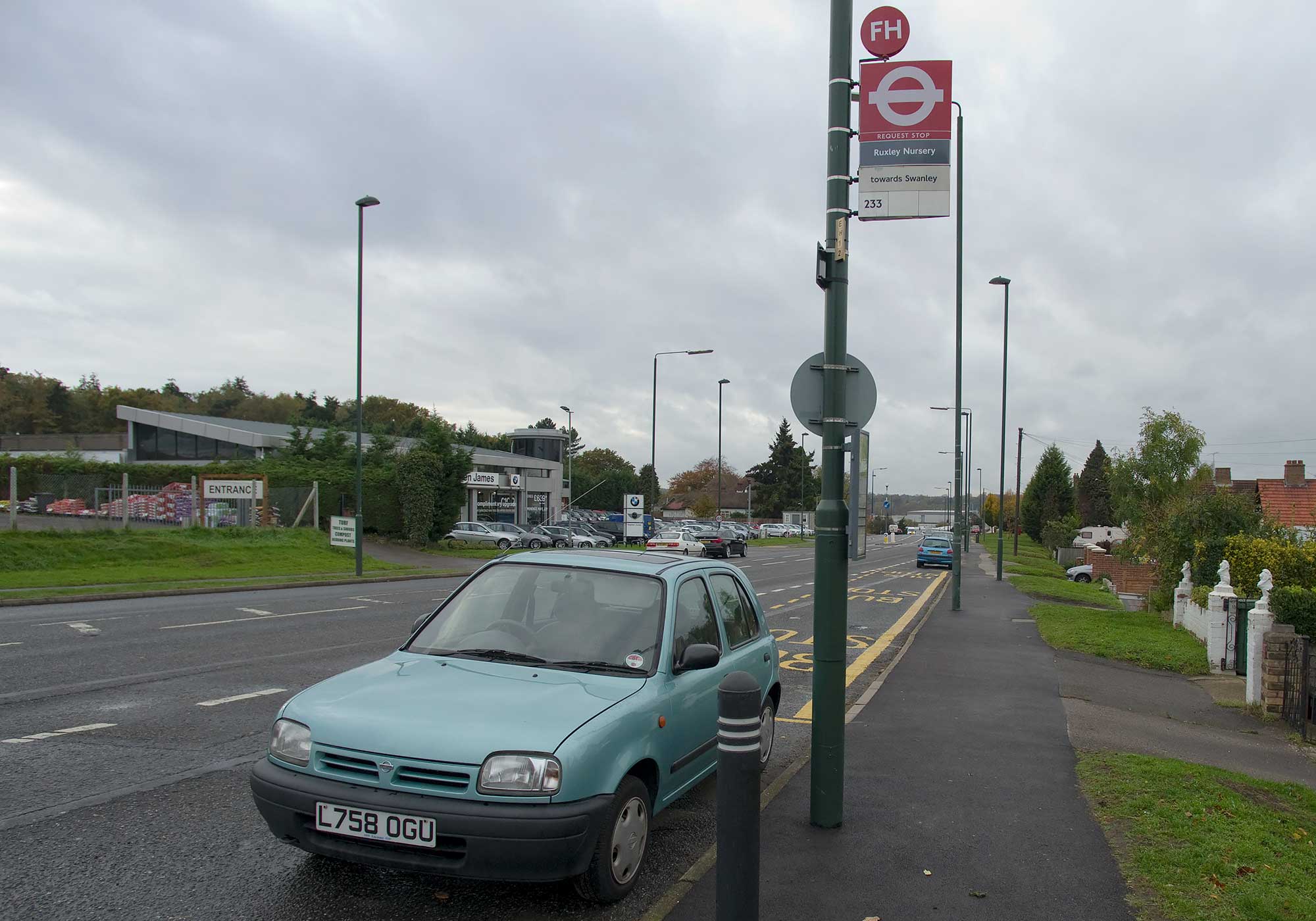 It gets far worse; some car parking is now displaced to the other side of the road. A resident of one of the houses had to cross it to the car she couldn’t park outside because of Bexley’s money making bus stop scam and was run down and killed. 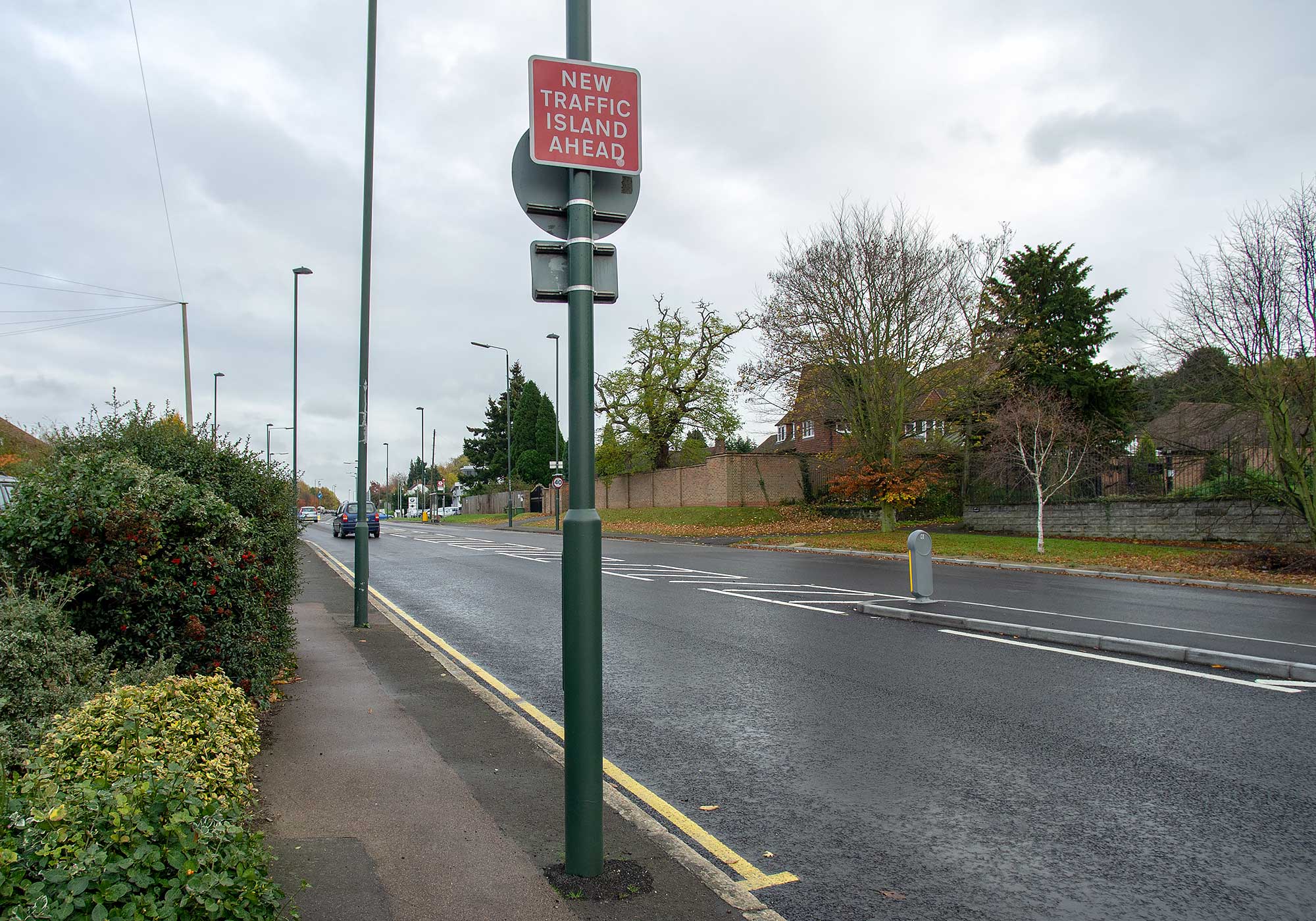 As a result of that death a traffic island has been installed. Take a look at it below. 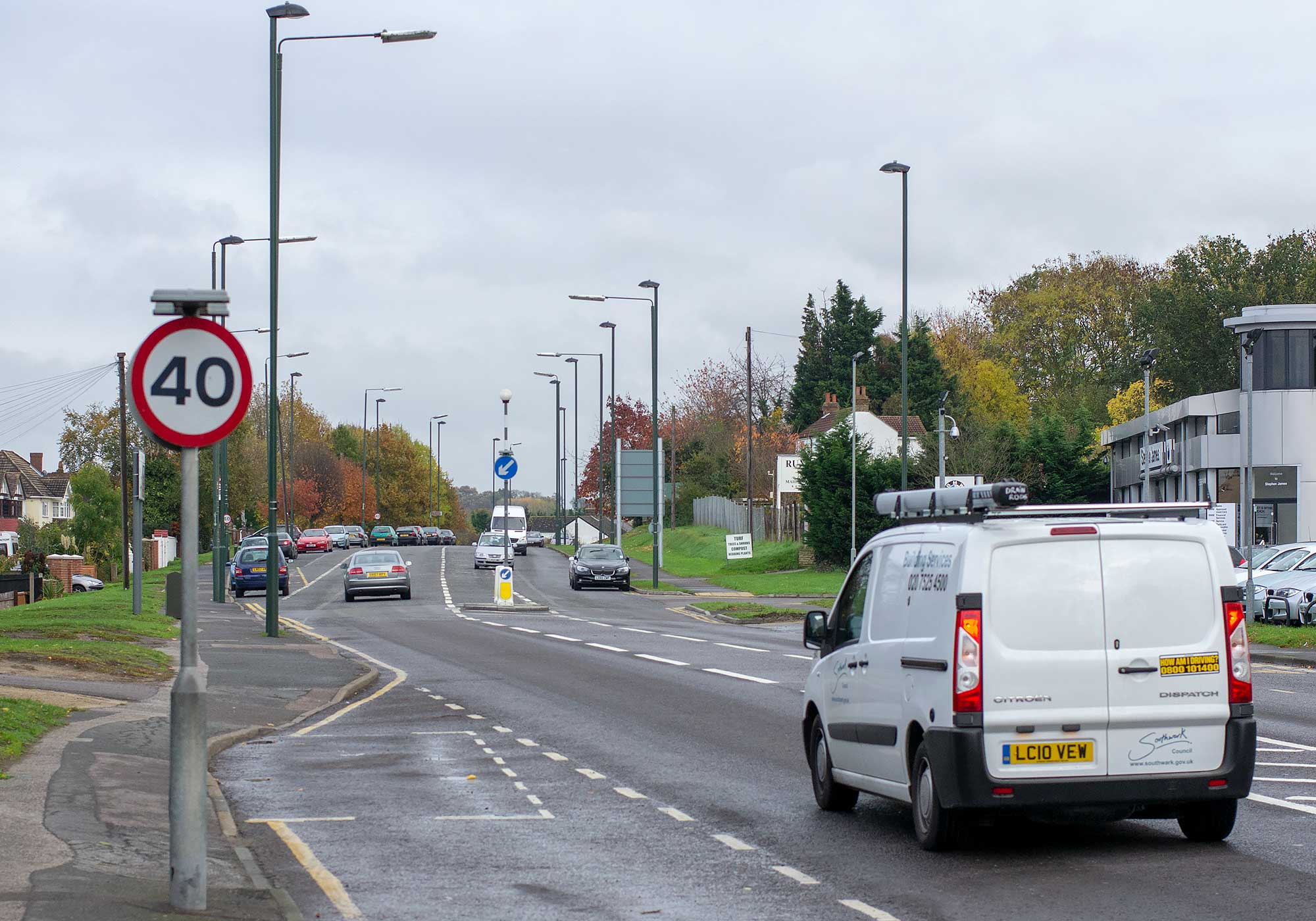 It is at the extremity of the parking bays and leads pedestrians to the small piece of grass between two exits from commercial premises. Hardly ideal. 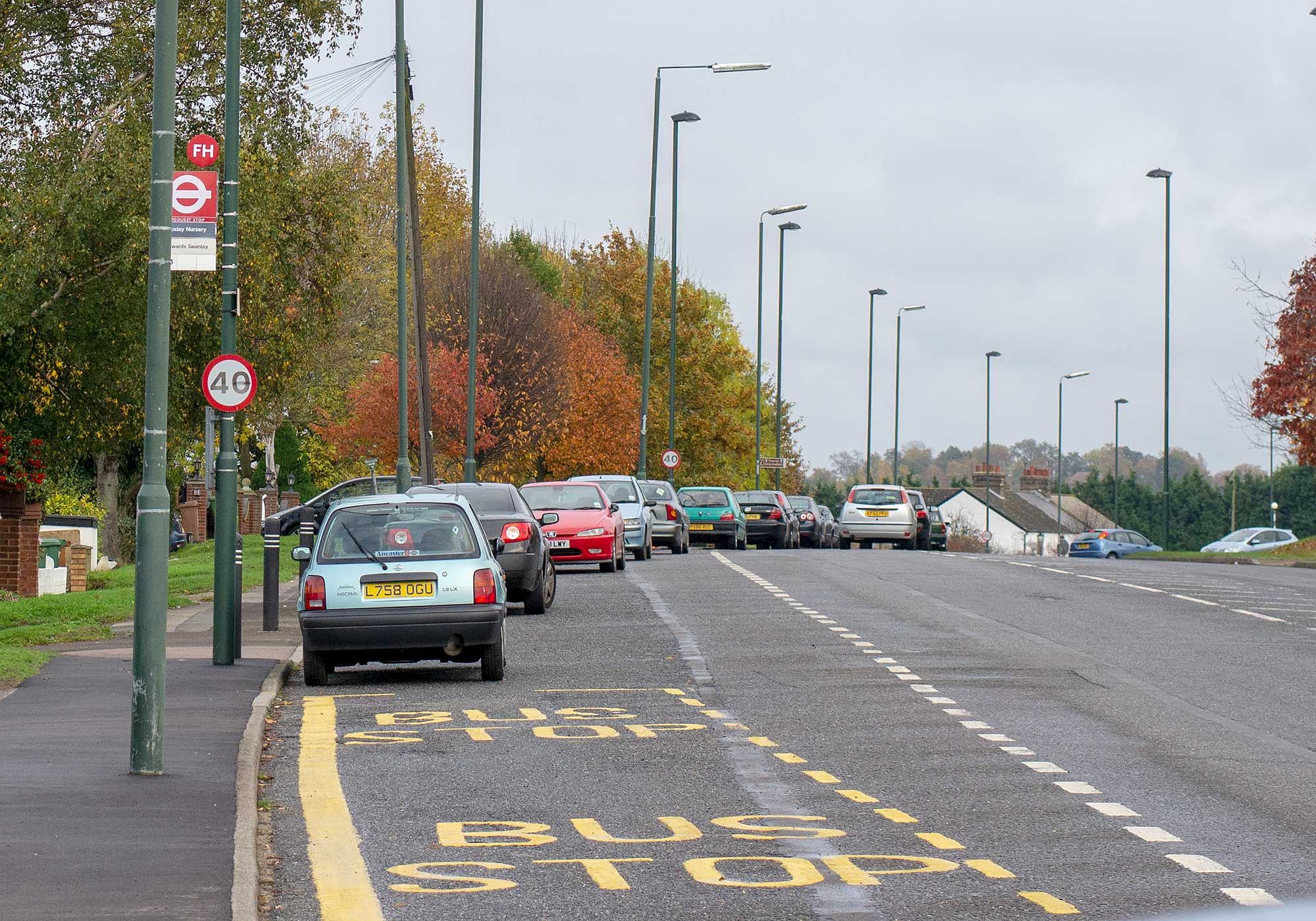 Have you noticed how many lamp posts there are? Some are only eight paces apart. Apparently half of them were installed more than six months ago but never commissioned. Why couldn’t the old ones be capped with adapters to bring them up to modern standards and simplify their connection to the power supply? And if the new lamps were installed for either safety or eco-reasons, then why leave them doing nothing for six months? Bexley council - truly bonkers. 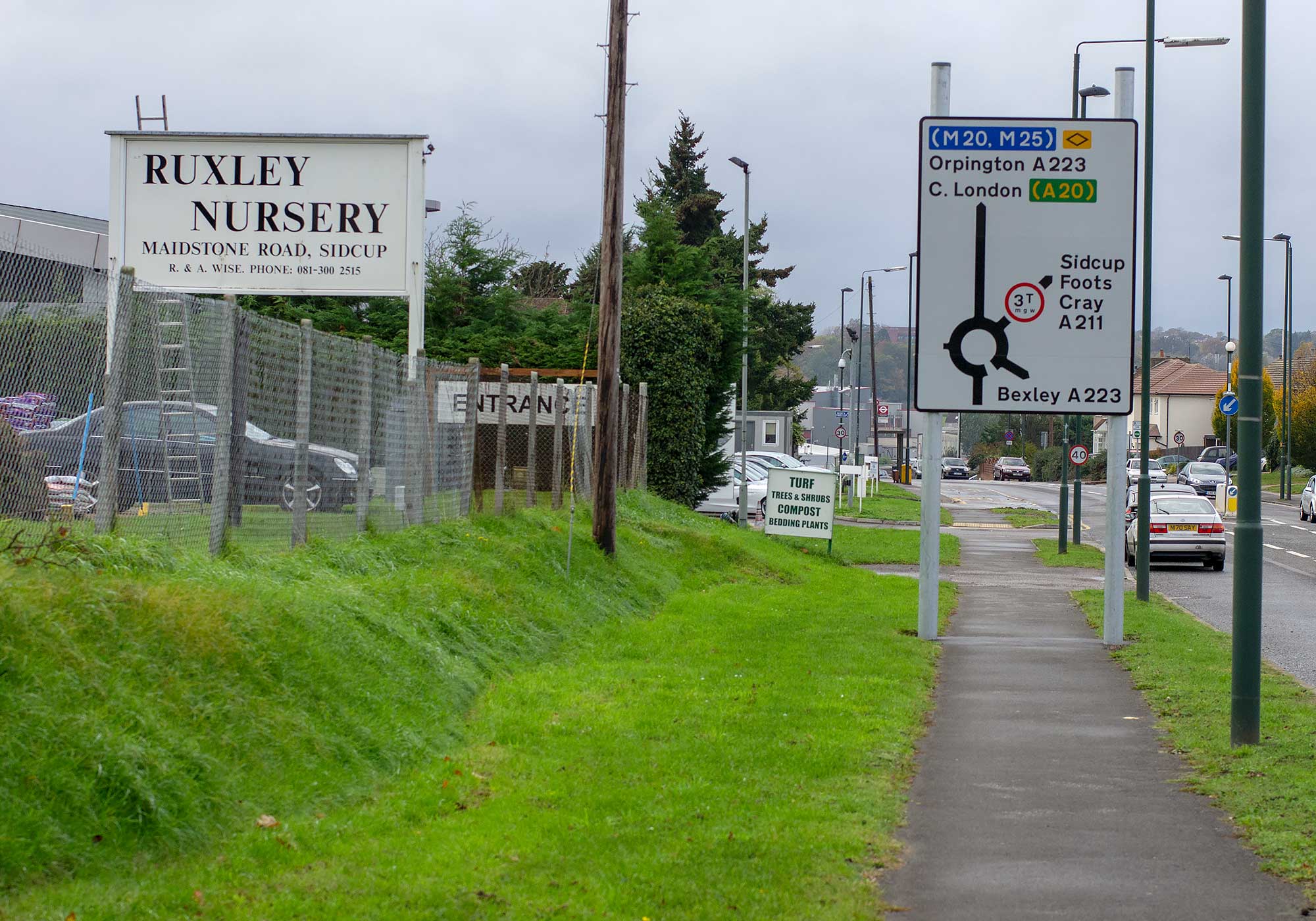 I spotted a man up a ladder doing something to the nursery sign and as is usual these days when you go about with a camera he asked what I was up to. He told me that the revised roundabout was so dangerous that the council had to move the directions sign further away from it to give more warning to approaching traffic. In doing so they had obscured the nursery’s sign so it had to be repositioned and he was up the ladder adjusting the light. Didn’t take him six months apparently. 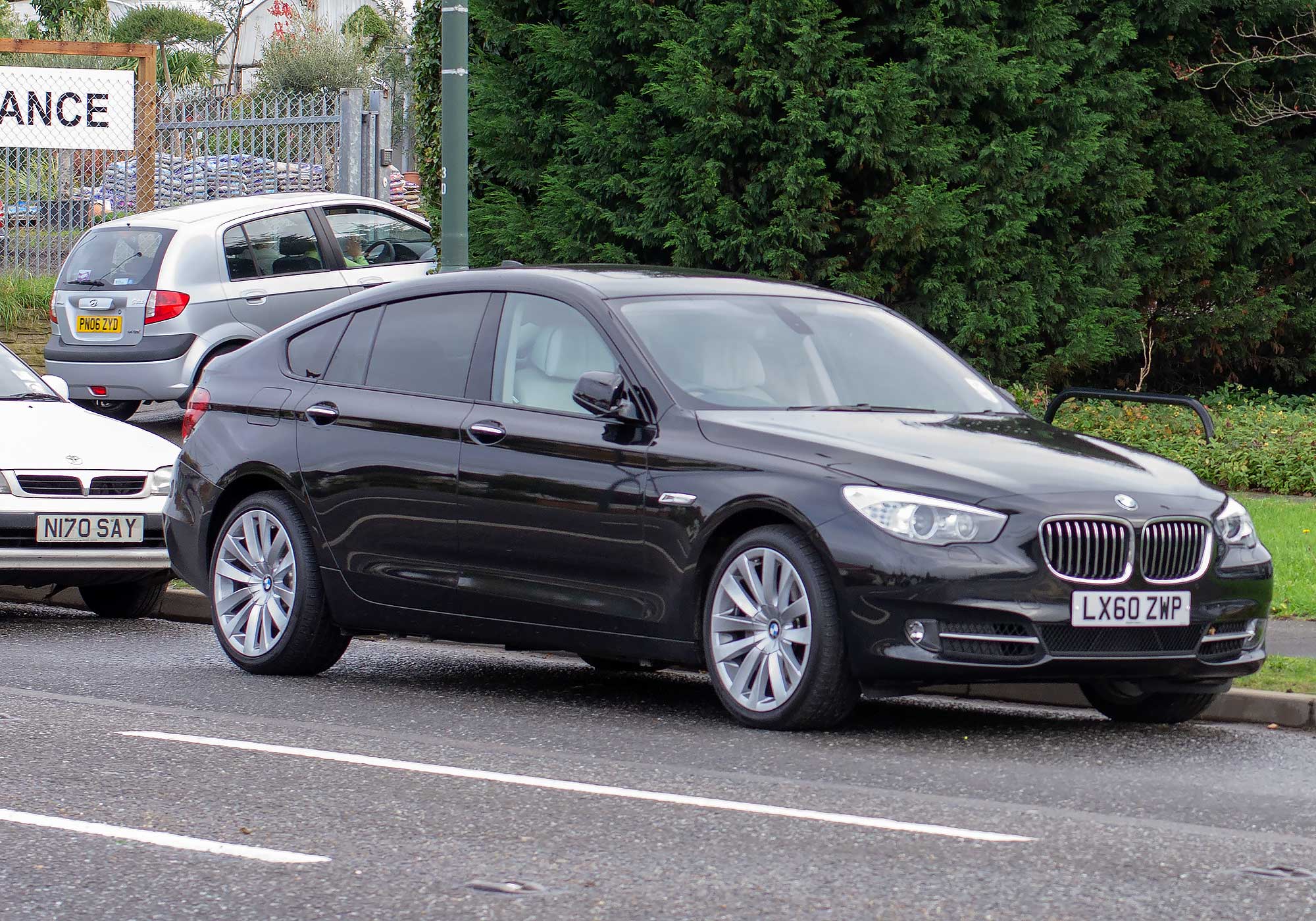 The ladder man repeated the story I’d heard from the lady resident about the unfortunate death and the enormously long bus stop area. It seems the cars displaced from parking in the parking bay by the inclusion of a bus stop are now parked by the nursery entrance thereby creating a hazard which need not be there if Bexley council had any sense at all.

He also drew my attention to the pedestrian refuge and the sign directing HGVs turning right to go left to the roundabout. Apparently the roundabout, but not Maidstone Road, is within TfL’s Low Emissions Zone and because of that the oldest delivery lorries have to turn directly right and take a 15 mile detour via the M25 to get to Orpington. That’s very green. Well done Boris.

Research suggests that the man at Bexley council responsible for this series of fiascos is Mr. Vinny Rey. 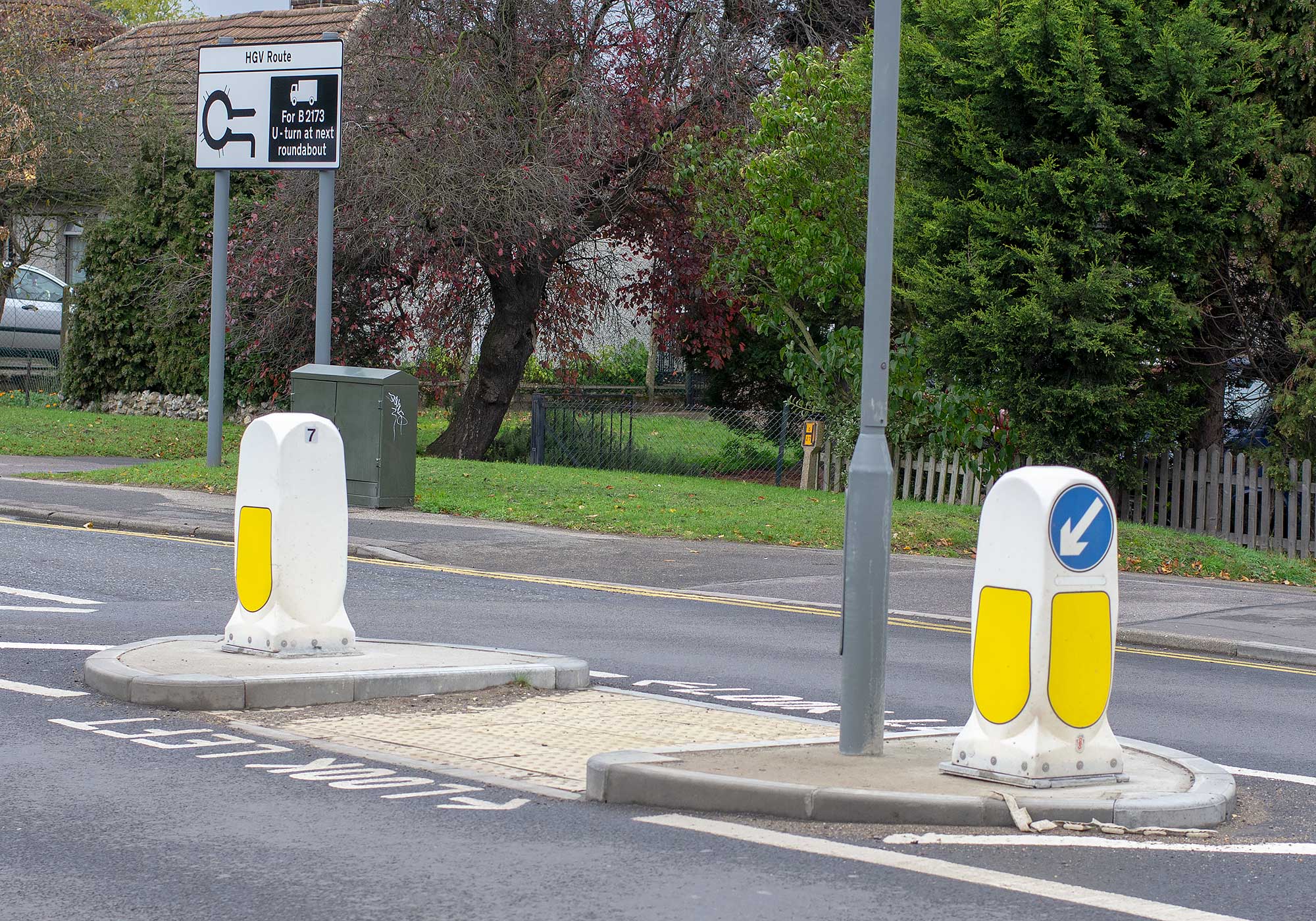 The project was approved and signed off by councillor Peter Craske on 3rd March 2010.