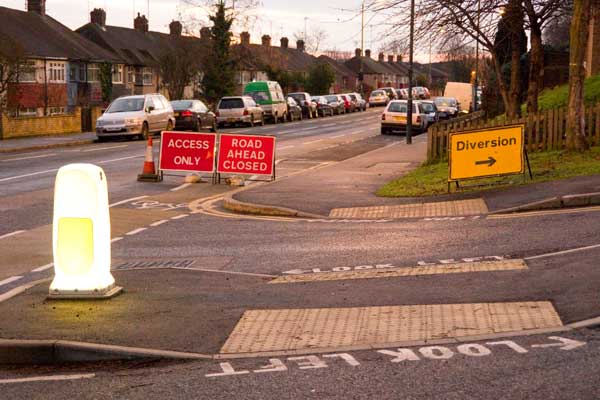 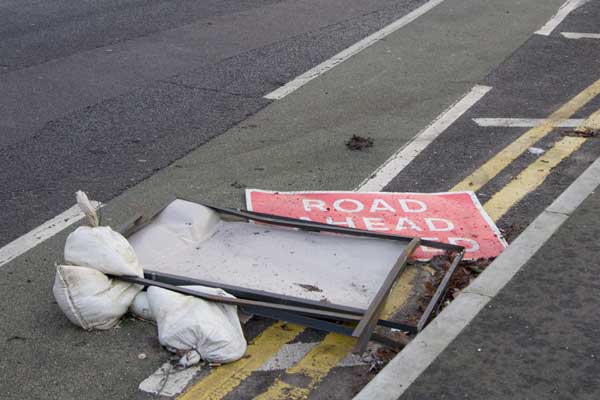 It is always gratifying to post something to the site and get a response from a reader only an hour later which is what happened following yesterday’s blog. Pity it was to tell me that I may have got something slightly wrong but I’d rather be corrected than litter the site with inaccuracies.

I am told that it wasn’t Bexley council that put up the diversion signs following the water main burst in Abbey Road on 30th December, it was Thames Water. The first of today’s two photos was taken at dawn the day after the flood and my correspondent has been chasing Thames Water to remove the signs for the last couple of weeks, so far without success. Perhaps Bexley council should remove them under their fly-tipping policy as the signs have been reduced to scrap under the weight of passing traffic and if they cared at all about the safety of road users they would have stepped in. 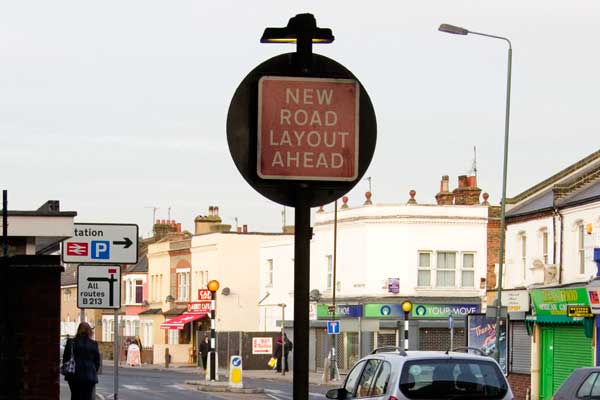 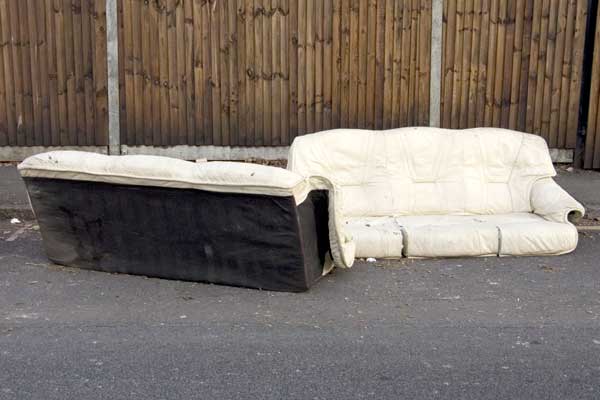 Where are the itinerant scrap collectors and drain gully thieves when you need them?

Only 50 metres away is a redundant sign that Bexley council is responsible for. A ‘New Road Layout Ahead’ sign has been unnecessarily distracting motorists for years. It was mentioned in an email to Andrew Bashford, the man responsible for so many of Bexley’s road disasters back in March 2008 so it’s three years old, possibly more. For how long does an altered junction remain new?

Another comment yesterday from the Abbey Wood end of town concerned fly-tipping and the council’s failure to remove furniture dumped in Fendyke Road a week ago (Photo 4). Bexley council charges a minimum of £27 to remove an item of furniture which may go some way towards explaining why sights like this are common. If you have something to say about fly-tipping or anything else about that part of town there’s a new forum for you, www.abbey-wood.net. Creating a town forum is a big undertaking so please take a look and support it if you can.