Faced with the conundrum of a Council that admits that it is essential that its Head of Legal is either a qualified Barrister or Solicitor, both professional bodies insisting that they don’t know a Mr. Akin Alabi and a Council that threatens and issues six month contact bans on any resident who asks awkward questions, Mick Barnbrook and John Watson met last night to discuss their next move. As is quite often the case, I was invited as a guest.

It is not for me to reveal their next move, although obviously the Information Commissioner will be involved at some stage. Unless Bexley Council can play an ace which shows that the professional bodies have got their facts wrong they could be in trouble. If they have one and played it now the taxpayer might be saved a big bill, but as always Bexley Council will put itself before residents.

Section 77 of the Freedom of Information Act says it is a criminal offence to conceal information. Only a hefty fine unfortunately.

Cynics might think that the Council changed its job specification in order to admit someone who might help them in return. 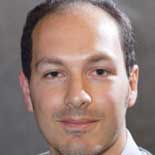 As I left the meeting I quipped that the Information Commissioner’s Office is, just like the LGO, stuffed full of former local government officers and yes men, “so good luck with that one!”

Never a truer word than those said in jest, I came home to a message asking if I knew that the Group Manager at the ICO in charge of decisions relating to councils and political parties is also the Leader of Stockport Council.

For those interested in the whole sordid story it is detailed on the Info Law blog.