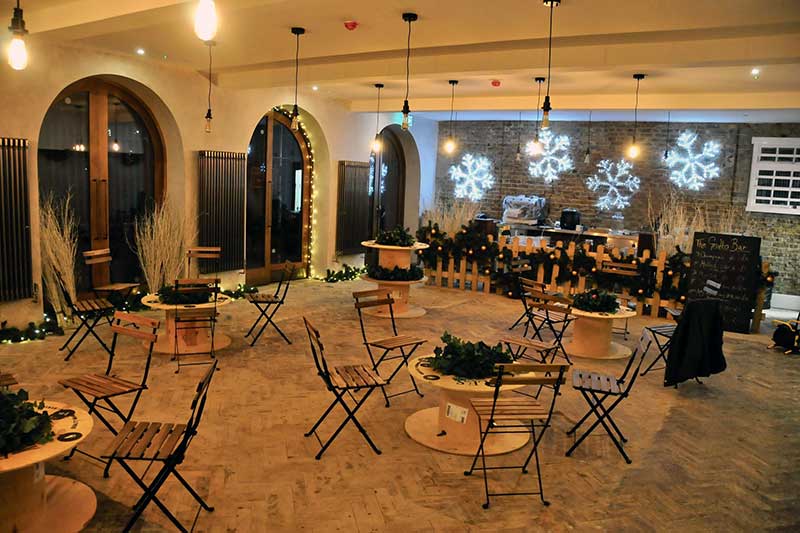 Just before Christmas I was given a tour of the partially restored Carnegie Library in Erith. For some unaccountable reason I didn’t take any pictures and the one here is ‘borrowed’ from Hugh Neal who has been very much involved in the restoration.

The restorative work is far from complete but is magnificently done and I found it difficult to distinguish new from well preserved old in several places. The toilets with their precious tiling largely intact were impressive.

The refreshment area was pretty much complete and I was able to partake in a small pre-Christmas beverage. Thanks Hugh.

Tomorrow you will be able to do something similar yourself because the restaurant will be open to the public. Sample menu below.

Hugh Neal will be there with his camera and no doubt the former library will feature in his next blog.