An email received yesterday suggested I take a look at a website accusing Bexley Council of racism and when I first began to read it I thought it must be regurgitation of a case that I looked into several years ago. A lady who had an attractively brown skin had been severely abused by her husband who had committed criminal acts against her. The police took no action and Bexley Council decided to take the lady’s young son away from her. Among the reasons given was that she kept her house too scrupulously clean. I was never able to discover what their real reason was but I do know that Bexley Council Social Workers were prepared to lie in Court to support their cruel actions.

It was back in the bad old days of Sheila Murphy and all sorts of bad things went on locally while she was in charge of social services. Three people died under her regime either through neglect of as a result of her poor decision making.

I read on eagerly but it became apparent that this was entirely different case that has so far been hushed up. 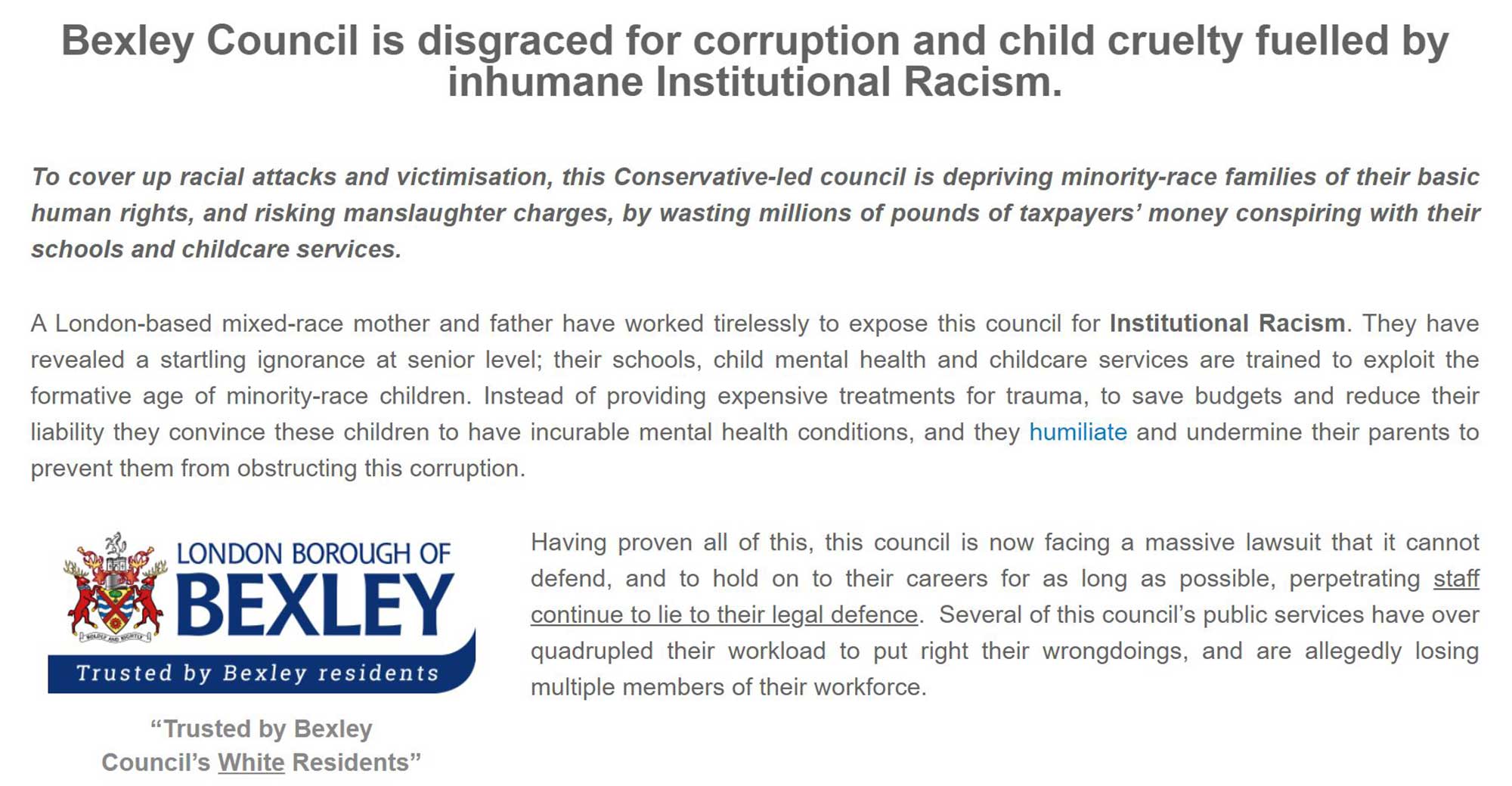 In all my meetings with the brown skinned lady I never once considered that her problem may have something to do with the colour of her skin. Her husband was white. Could I have missed something?

Here we go again, Bexley Council appears to snatch away an innocent child from loving parents.

Bexley Council is certainly capable of doing this sort of thing, I have met whistle blowers and former employees who have been generously paid to keep their mouth shut. It’s not a problem that has gone away. Within the last month or two we have seen how senior managers have seen fit to keep Cabinet Members in the dark to cover up wrong doing that some have called criminal. In the sense that their actions were unlawful, they were.

If you read to the end of the source website you will see claims that criminal charges are being filed against Council and school staff implicated in the alleged bullying and race discrimination.

Time will no doubt tell whether or not it is exaggerated. The parents concerned are a professional couple who unlike my brown skinned lady appear to have the resources to pursue their allegations. They have already secured apologies from at least one School Principal.Click through some of the links on the source webpage for some very interesting revelations.