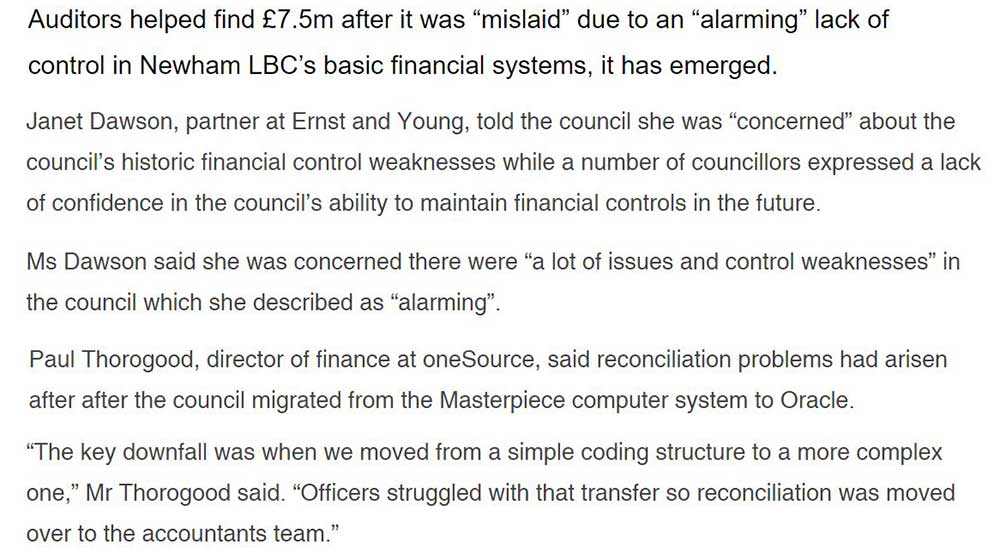 Don’t get on the wrong side of someone who has an inkling of what accountancy is all about would appear to be a good motto. Here we go again with more comment from a former colleague of Bexley’s Director of Finance.

There’s not been a word of support from any of the three boroughs where he has exercised his powers. Come on, someone must have a good word to say? Last time I said that a cheeky lady said something which in view of the latest nonsense from government would lead to her getting a criminal record.

Here’s another highlight of Paul Thorogood’s career in Newham. Of particular interest is his ducking of questions.

Members asked three times about the sufficiency of financial controls and three times he failed to provide the required assurance. Well he couldn’t really as there were few controls, a problem his successors have admitted to.

We had hoped things would get better, but so far the improvement plan has had little input from staff. The arrogance in some quarters is unbelievable but at least [by opting out of One Source] we get to be Newham employees again. It seems the same issues persist across the river when I speak with colleagues in Bexley.

With very minor editing for clarity.