This website would not have been launched if it was not for Bexley Council’s lies and a continuing flow of misinformation has helped to keep it going for ten years.

This morning they sent out the Tweet you see here for the umpteenth time and it is a classic of subtle misinformation not unlike the claim that Bexley is a low taxing borough, it is quite close to being the highest.

It seems to me that the biggest issue for car owning residents is CPZs and Parking Permits. With nearly everyone confined to a mind numbing existence at home empty parking bays are at a premium especially after years of chipping away at their number, but we also have cars left at home when normally they would be in a car park far away. These people have no Permit and Bexley’s response has been to say “tough” - and fine them while claiming that that is what every other Council is doing.

It’s another lie. I learned that Barnet had relaxed the CPZ rules last week and today’s Daily Telegraph says the same thing about other Councils. Normally I would scan a newspaper article but I have not been out to buy one today so we will have to make do with some untidy screenshots. Not ideal but it will give you the general idea about what more caring Councils are doing. 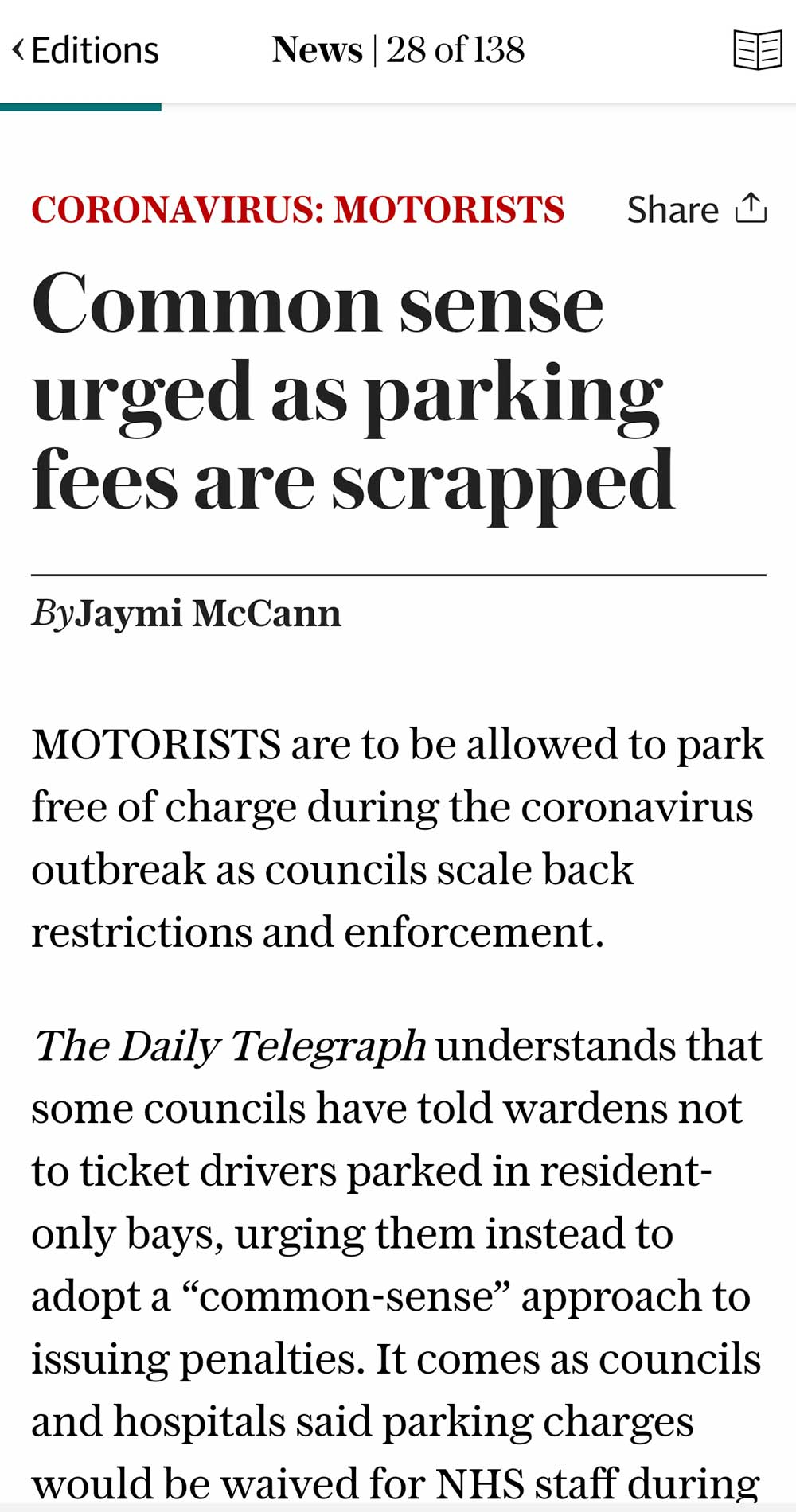 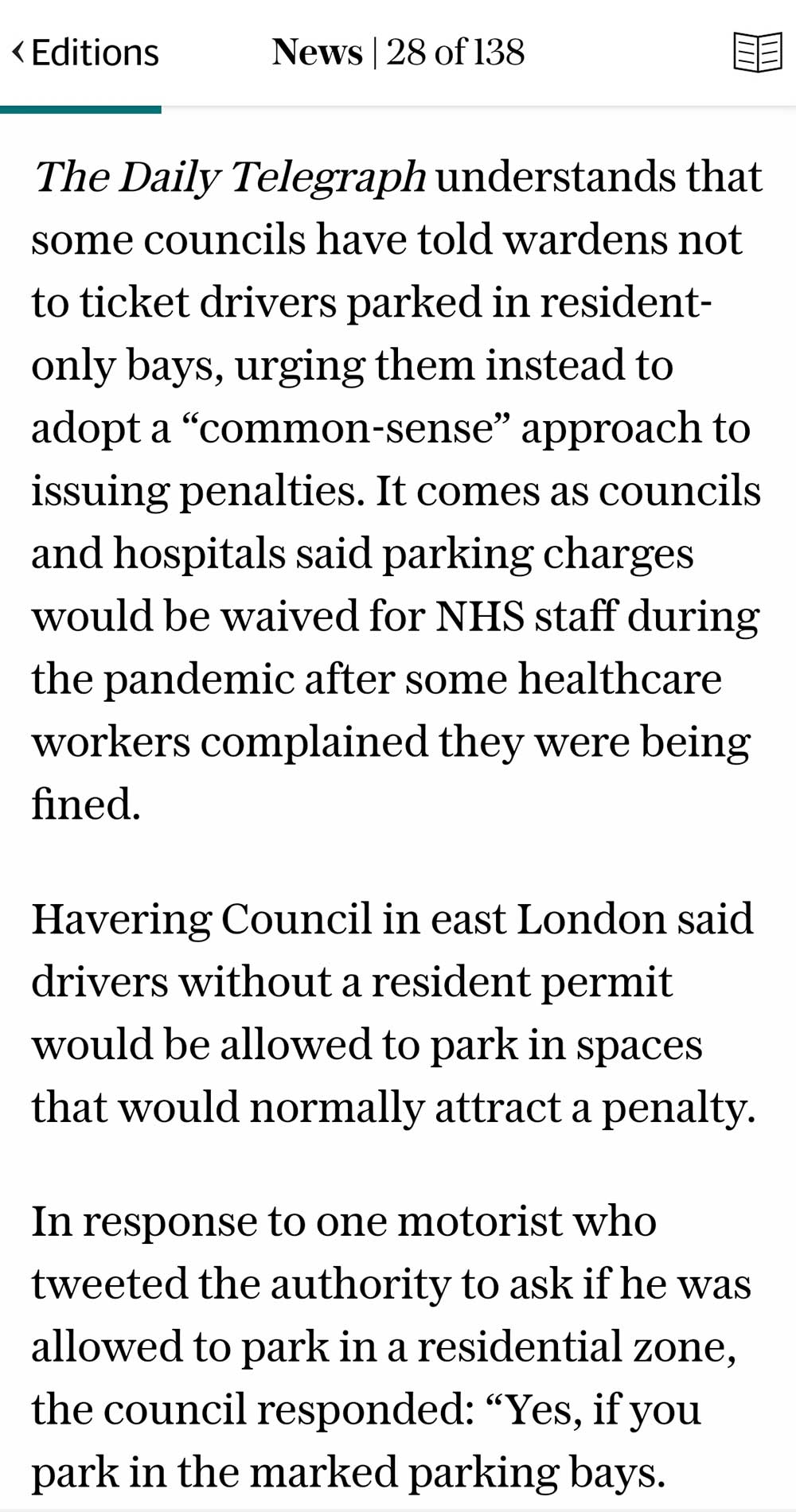 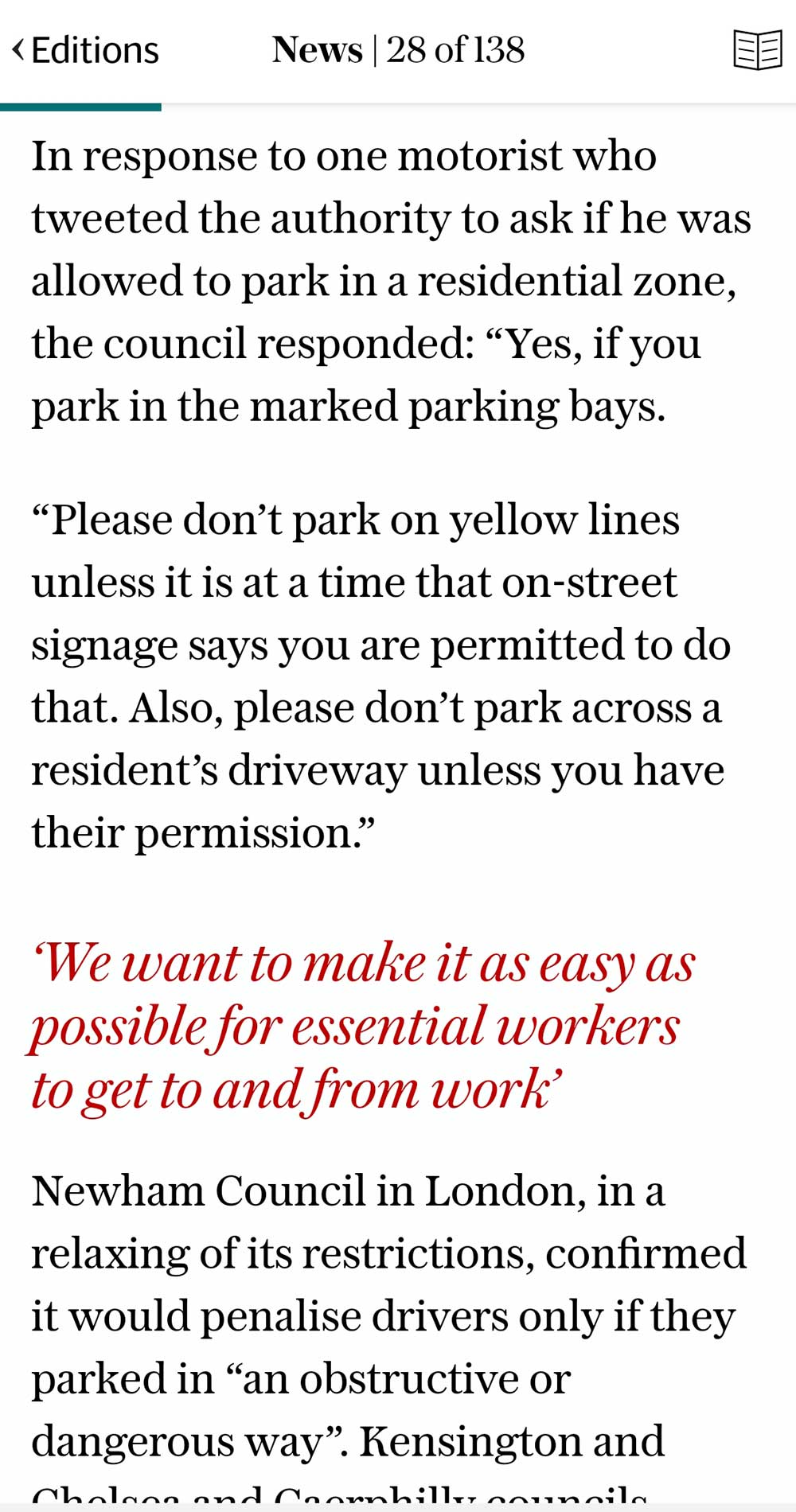 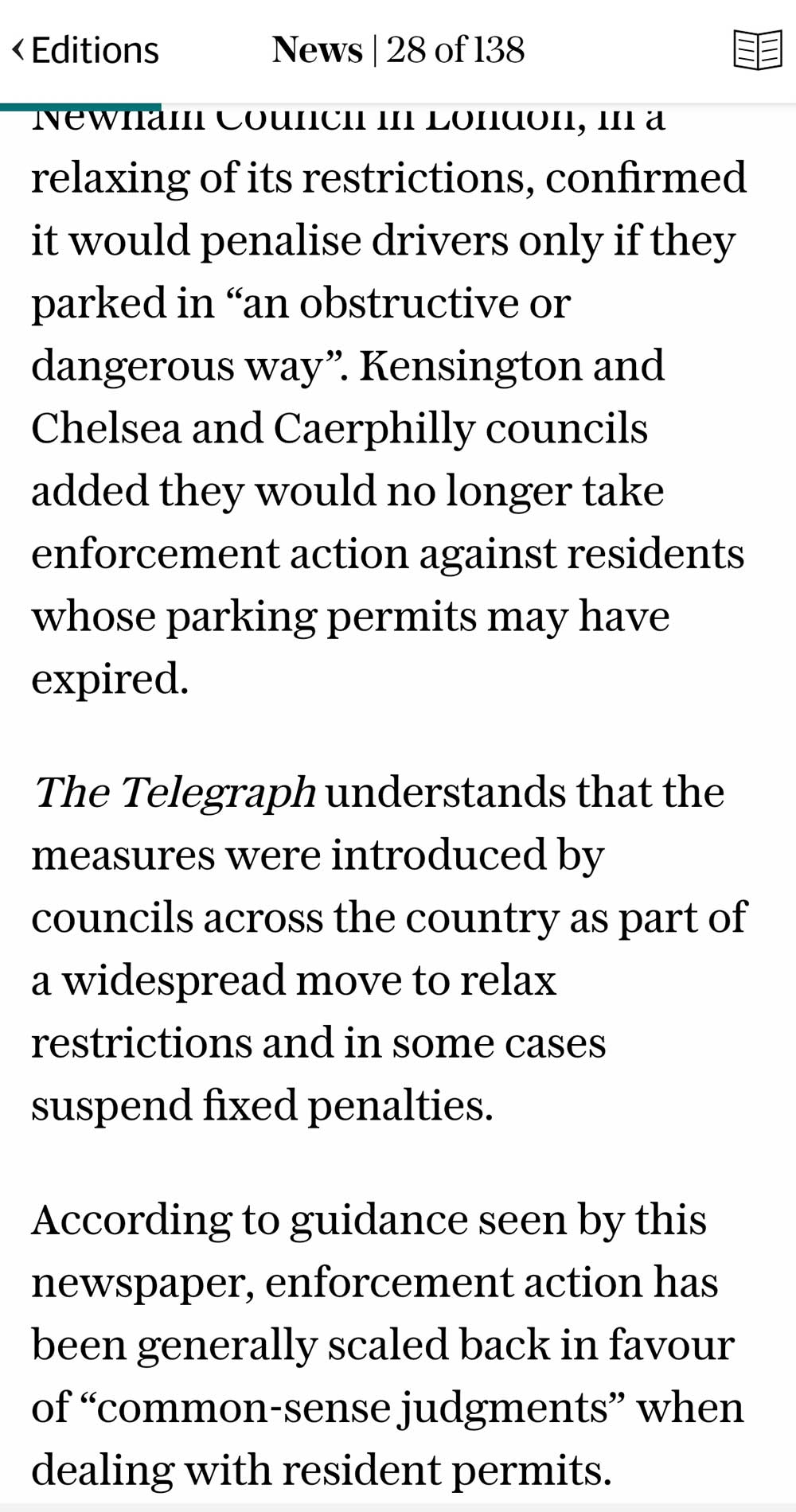 Lying about parking may seem trivial but it is not unlike the Boy who Cried Wolf. No one knows what to believe if the information comes from Bexley Council. A BiB reader who tells me he is 83 years old says he has had to give up on supermarket shopping because there is not one close to where he lives and when he took himself there he was barged around by people who had no idea what social isolation was all about. As a result he is running short of things that cannot be bought at the local shop, vegetables and milk currently. He is getting worried about it because he has no family anywhere nearby.

He says he phoned Bexley Council’s helpline and felt he was given a “curt brush off”. I might have taken the report with a pinch of salt but now I am not sure whether their offer of help for the old and vulnerable is just as sincere as their claim to be doing the right thing over parking.