The Summer of Discontent continues in Bexley, the latest leak says that the Council’s Footscray offices are to be closed without any consultation with staff whatsoever and with no evidence that the move will save any money. The displaced staff are to hot desk in the Civic Offices or work at home on a permanent basis.

The staff concerned could hardly be more critical of Chief Executive Jackie Belton and her deputy Steven Moore. Underhand, spineless, reprehensible, inhuman, contemptible and cowardly are among the descriptions culled from emails. The borough will fall apart is one summary. 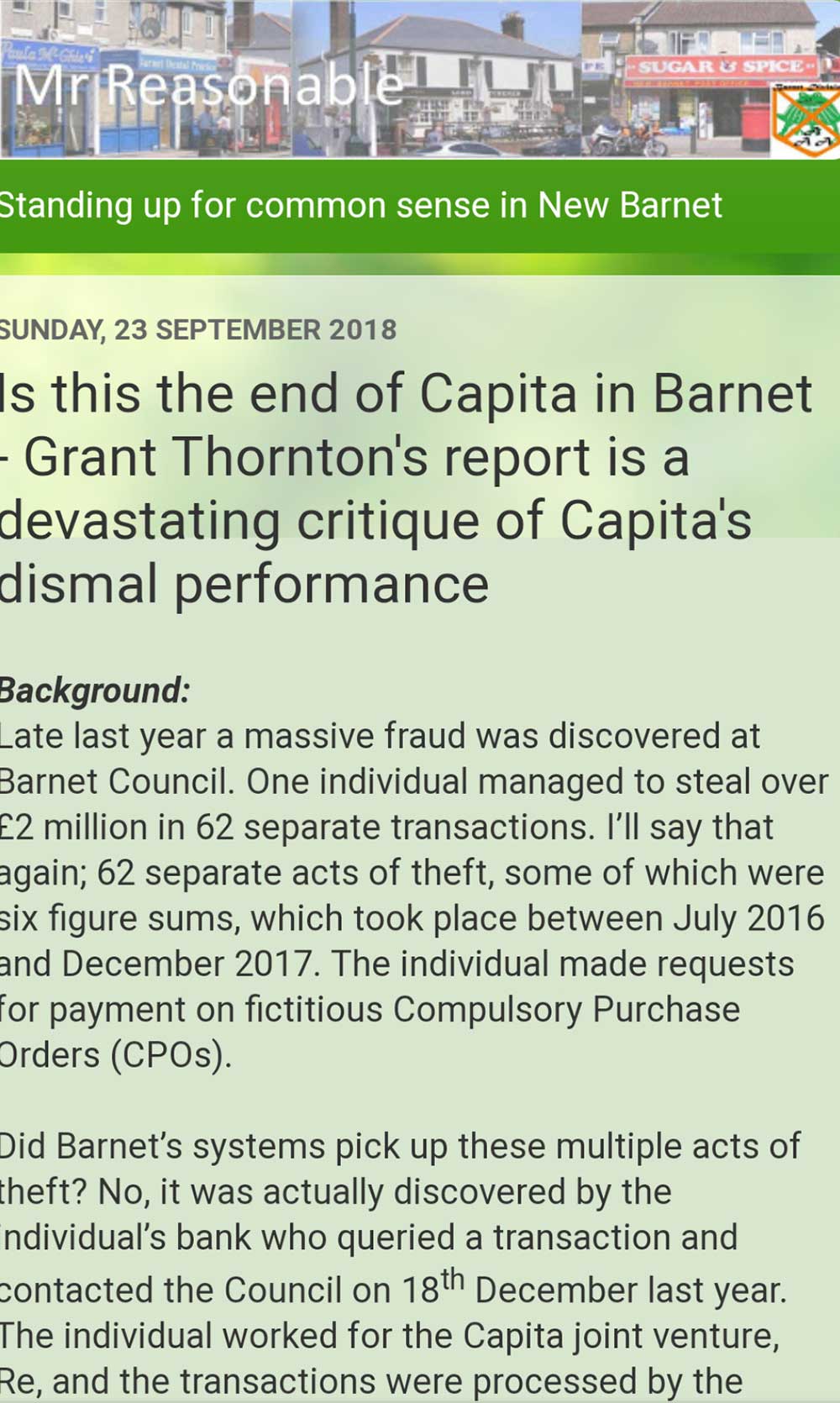 Maybe it is time to remind readers of the financial neglect which went on under the noses of some of Bexley’s top brass when working in another borough.

Two million was dishonestly extracted from Barnet’s coffers in 62 chunks and no one but the fraudster’s own banker noticed. Bexley immediately snapped up such negectful talent.

Bexley’s current Finance Director heaped praise on the Capita developed system (see image below) which couldn’t detect a massive ongoing fraud, now he is is said to favour its implementation here.

One of Barnet Council’s staff emailed yesterday to say “we were happy when he left.” There is also a reference to his favoured “minion” who followed in her boss’s footsteps.

The system that failed so spectacularly in Barnet is being readied for adoption in Bexley next year.

With so much discontent with developments in Bexley becoming apparent I have asked around for opinions on why Council Leader Teresa O’Neill is going along with it. Not sure I got a sensible answer, among them were that she has now got the ‘Yes (Wo)man’ Chief Executive she has always wanted and why should she care, she is probably angling for another job somewhere.

I’d sum that up as ‘No one knows’ but definitely worrying. More closed offices, more contempt for residents and staff and more Capita.

Good news is hard to come by while we are on the road to economic ruin under a government that has lost the plot. Let’s hope the same is not about to happen to Bexley. 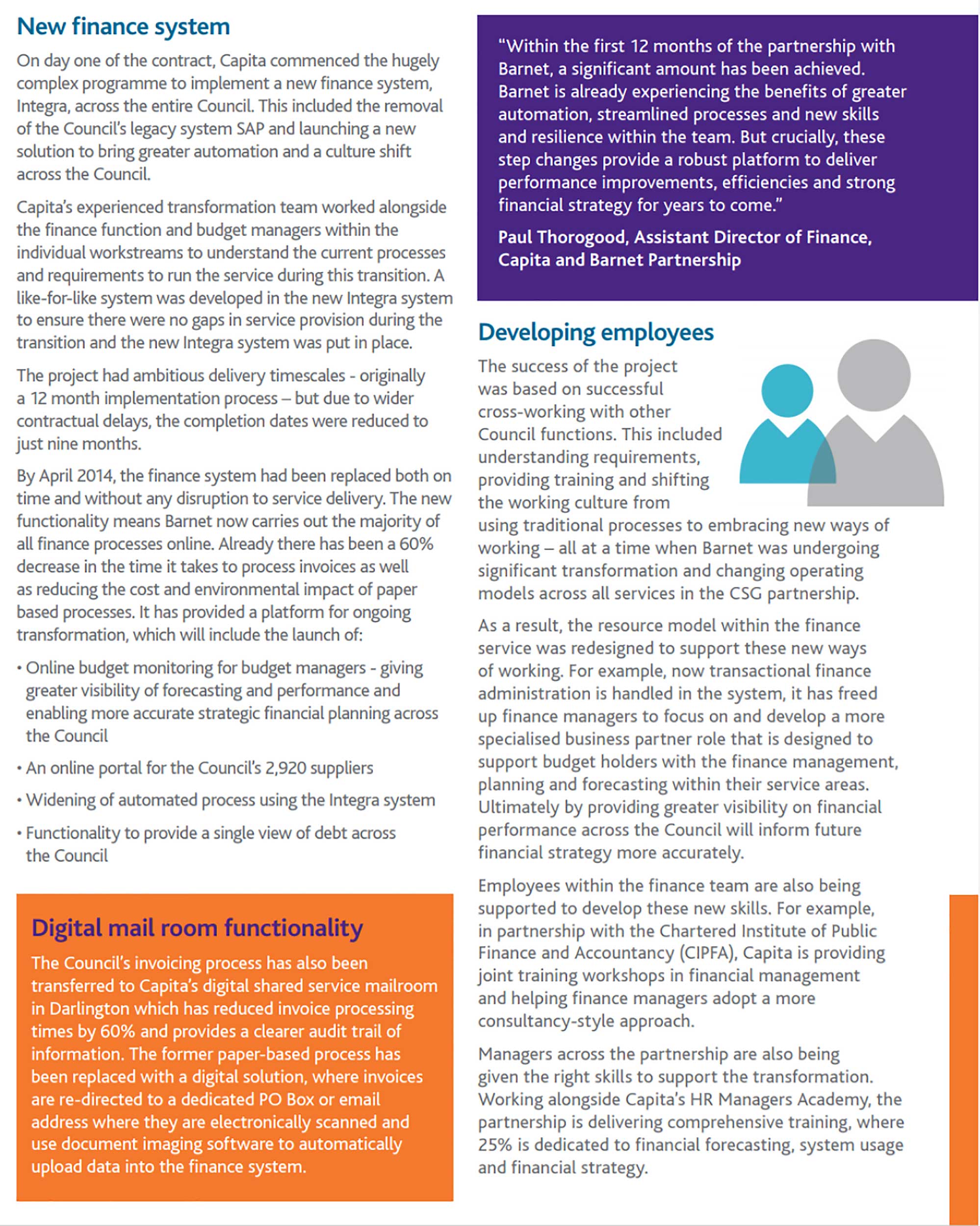