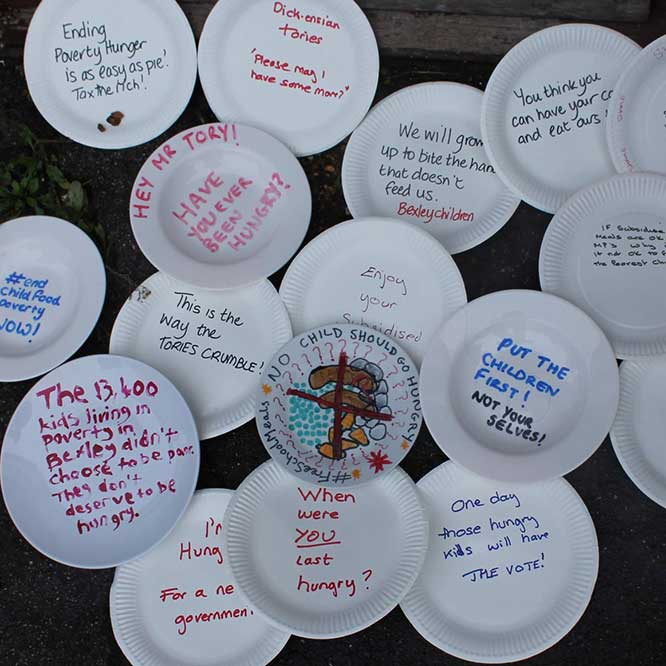 I surprised myself on Sunday by coming out in favour of free children’s meals for the needy because I couldn’t see any logical reason for stopping them just because it is half term. Free school meals have been around for more than 100 years under one set of rules or another so it seems rather pointless to argue against them this late in the day. But perhaps it is unwise to extend the system. What next? Allow children to become the property of the state?

If my mother knew she might have been able to get free meals for me maybe I would not so often have been fed sugar sandwiches.

In Bexley, Councillor Mabel Ogundayo (Labour, Thamesmead East) has taken a leading role in raising of £6,000 to provide the half term meals that Bexley Council won’t. In my view it is unfortunate that the usual suspects have seen it more as an oppportunity to bash the wicked Tories than to feed the possibly hungry.

Click the plate image to see what they have written on them. 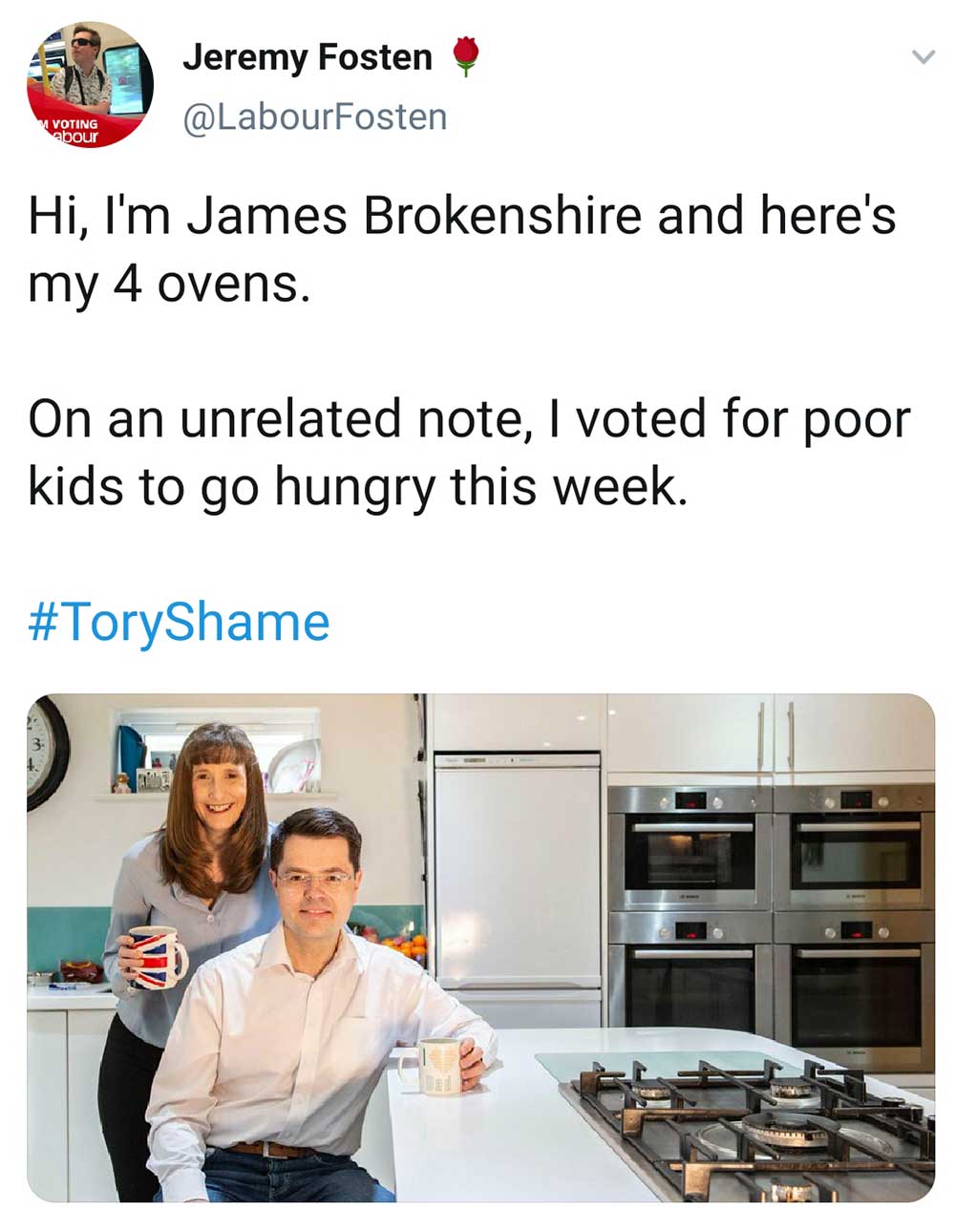 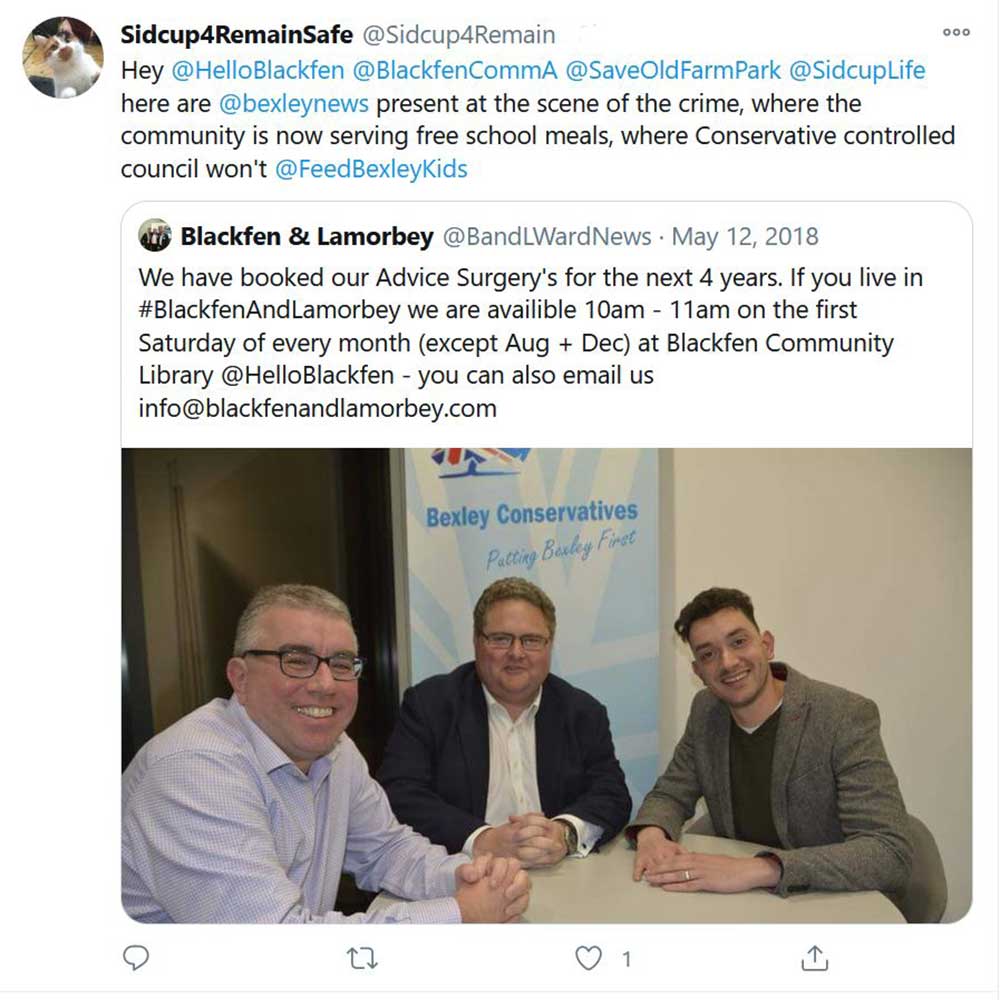 When I first saw the Tweet by The Three Musketeers (above) my only thought was that they were counting chickens in booking a room for Councillors’ surgeries until the end of 2024 but I am politically naive.

I missed the fact that it’s an opportunity for members of the local Nasty Party - sorry, that should read Nasty Members of the local Labour Party - to castigate them for not handing out free grub. Few Councillors care for children more than the Mayor (centre) but they wouldn’t want to know that.

And another member of that same party sees it as an opportunity to regurgitate his MP’s two double ovens. Together they manage to undo some of their Party’s achievement in raising £6,000.

There are 45 references to obesity on this website. Bexley is the second fattest borough in London according to a 2016 Press Release, 25% of children starting school for the first time were over-weight, 30% by last year.