I hope I am not finding myself on the wrong side of history by nailing my colours to Bexley’s mast over the bin dispute and should probably admit to a little bit of bias. Firstly I have not yet filled my bins so not much personal inconvenience as yet. The garden waste keeps sinking in its bin providing a little more space each day and the buddleia which has gone berserk as it always does at this time of the year can be chopped back later than usual. It and other shrubs may even provide some value from the promised extended brown bin contract.

Secondly there is my own somewhat ancient experience with union officials. I made friends with some and still correspond occasionally but too many were simply agitators, saboteurs and anarchists with no interest in their membership at all.

And there is another reason…

There is a small handful of Councillors who defy their instructions and talk to me fairly regularly using email, text message, WhatsApp and Twitter. They have at least a couple of things in common. None are the biggest fans of the Leadership and all are Conservatives. There is no similar relationship with Labour Councillors, at least not for a very long time.

All of these Councillors who I have learned to trust are saying the same thing. That what Leader Teresa O’Neill and Cabinet Member for Bins Peter Craske are saying is true. Conservative friends have convinced me that Peter Craske who has denied that I even exist is telling the truth. Whatever next!

In case you haven’t had the time to follow the arguments on Social Media, below is a small selection. The anti-Council voices are excluded; they are the vast majority and not difficult to find,

Willie Howard is a Unite union man who I doubt I would keep on my Christmas card list. Google Willie Howard SERCO or similar. Philip Read is a Bexley Cabinet Member with a record of insulting residents and to whom I have never spoken ever. He blocks me on Twitter contrary to the Council’s Code of Conduct. However I am assured by someone who shows residents more respect than he does and will even apologise for his behaviour occasionally, that what Councillor Read said yesterday is true.

Simon Collins and Kazzy Sykes I do not know but I would guess have direct or indirect associations with refuse collections locally. Dave Putson was elected as Labour Councillor for Belvedere in 2018 and clearly the most left leaning member of his party locally.

Tony is a Sidcup resident who takes an interest in local politics and questions Bexley Council. He is Twitter blocked by more Councillors than I am and Sue Gower is Councillor for Bexleyheath. A Cabinet Member who is backing the same line as I am hearing from other sources.

So there you are; it looks like Unite may well be running rings round a powerless Council and Bexley’s newsletters may not be inspiring confidence in a sceptical population but just for once I see no reason not to believe what they are saying. I think I know my few Council contacts well enough to know that they are not propagandists and spin merchants. 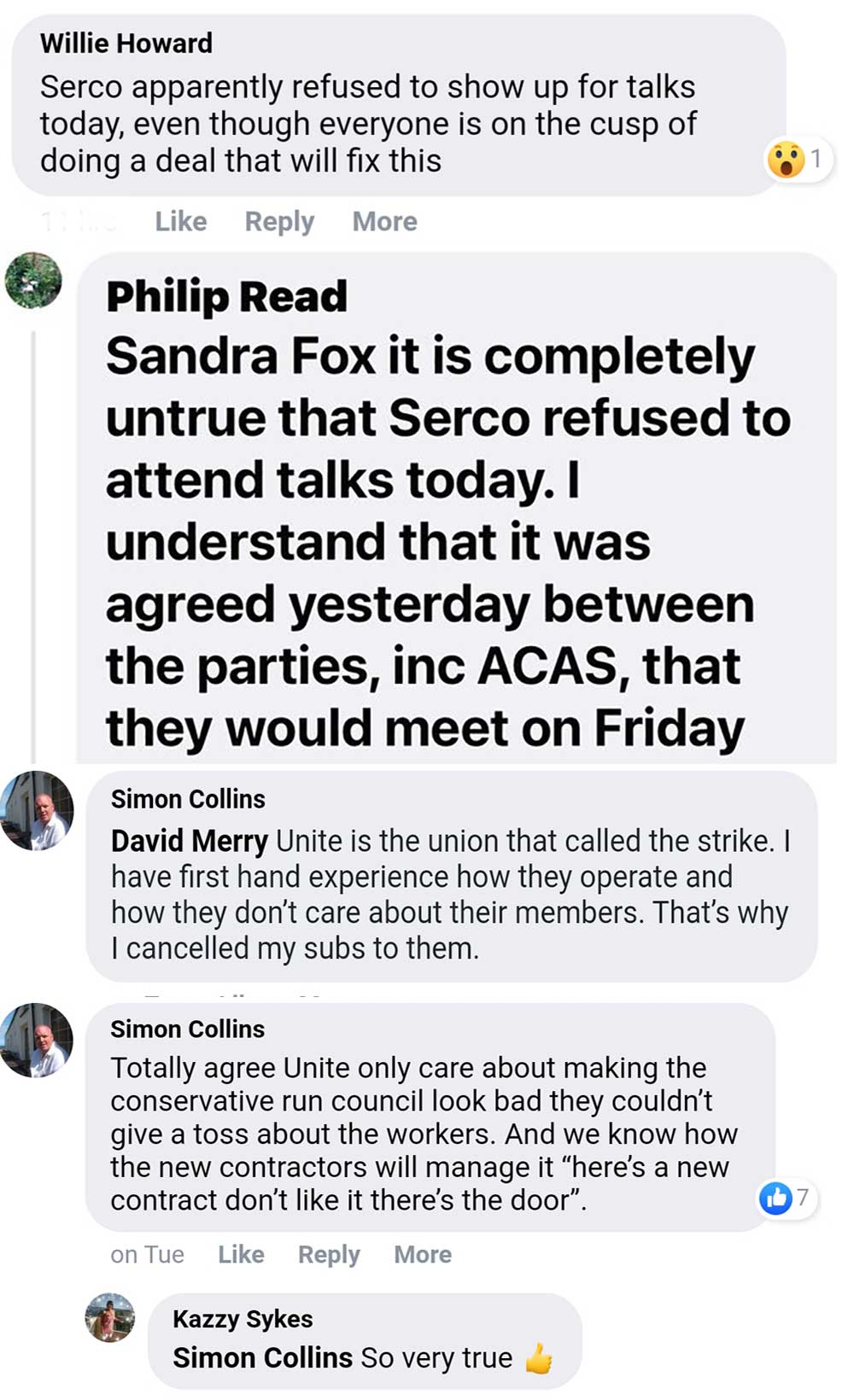 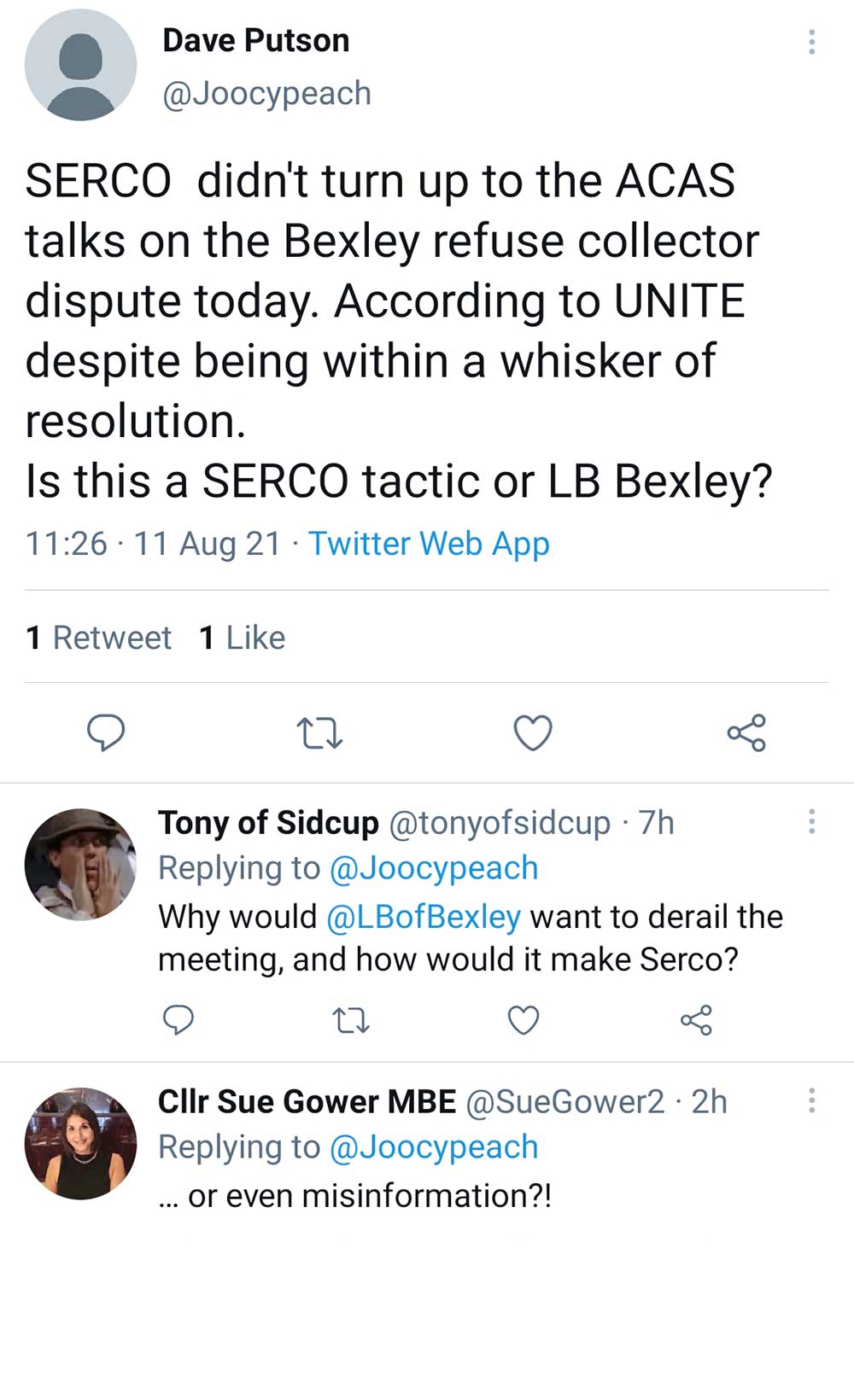