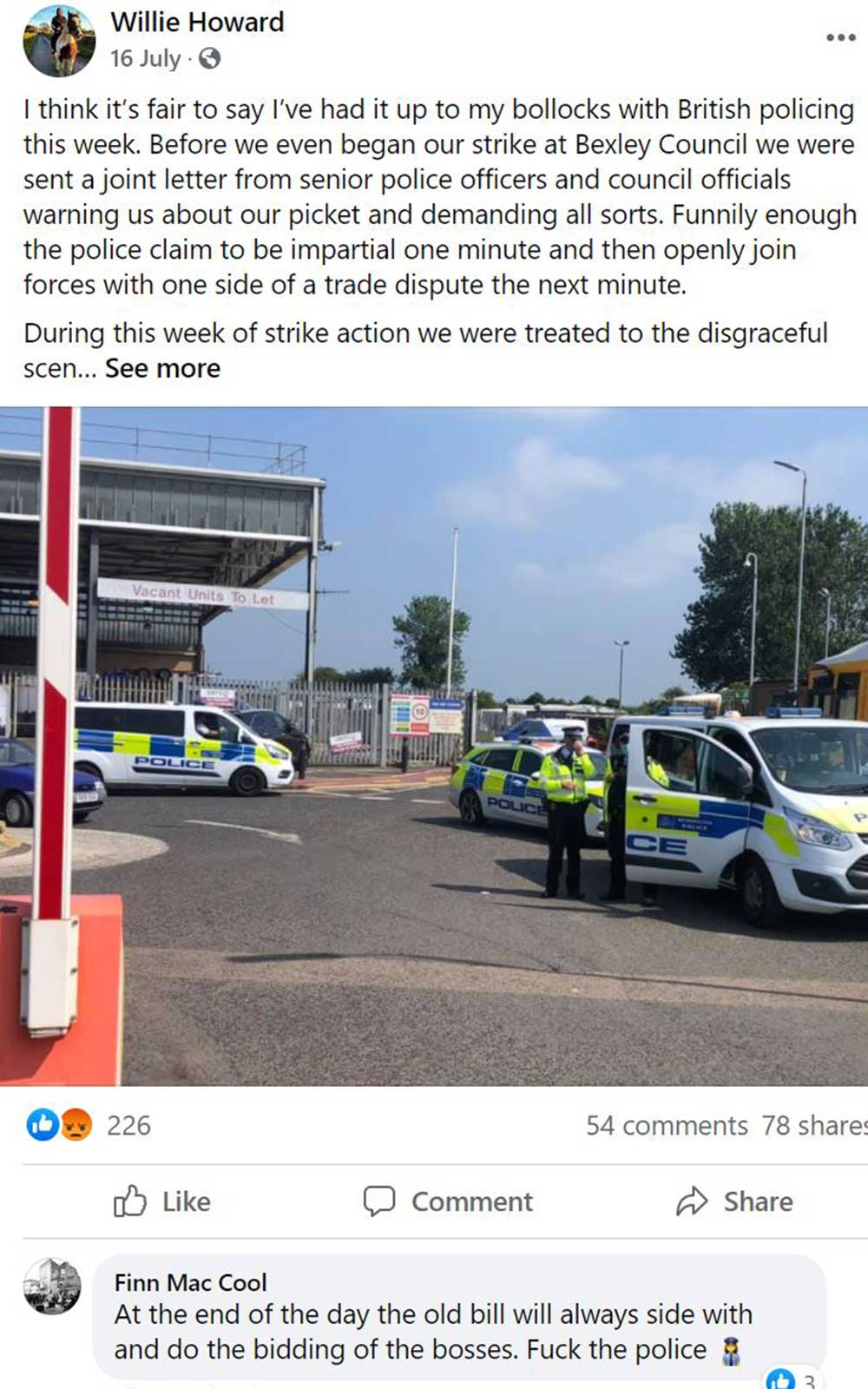 There is a lot of information about the bin strike floating around on Social Media but despite much searching it is not obvious to me where the truth lies. Now I am caught out because I promised a political friend that I would make up my mind and report it, one way or the other, by the end of today and in an unambiguous fashion.

For reasons unknown, newly appointed Cabinet Member Sue Gower is to the forefront of defending Bexley Council’s position. A bit odd on two counts; it is not her portfolio and the strike is between Serco and the Unite Union which means that Bexley Council can offer little but mediation which appears to have begun and ended with ACAS. If you outsource that is the deal you sign up to.

For reasons that I won’t go into now I knew of Sue Gower before she was elected Councillor but not so well that she told me of her membership of the Conservative Party or of her decision to stand for election. I have never spoken to her since, however it would come as no surprise if she was the most accomplished and capable Member of the Cabinet and I would be amazed if she would indulge in the large scale fibbing for which one or two of her colleagues are renowned. I am similarly amazed that Teresa O’Neill allowed her to become a Cabinet Member in Bexley. A potential rival who is climbing upwards without owning a cupboard full of skeletons.

Opposing her from time to time is new Labour Leader Stefano Borella, someone I have spoken to several times since Sue was elected. Always friendly and accessible and in different contexts always ready to see the other point of view and not fall out with anyone.

As has been said before, no Labour Councillor in Bexley has ever been found fibbing by me. I sometimes wonder about their strategy for countering Tory excesses but the integrity of the Leadership has never been in doubt.

So if we have two truth tellers at loggerheads it must be because they are either interpreting the same facts differently or they are being fed different facts.

Logically it will be Unite feeding information to Stef and Serco to Sue. or a Council confidante.

Can you trust Serco? Probably not. Can you trust the Union? I have my doubts, it has picked several similar fights recently, but it briefly won my sympathy when I learned their picket had been abused by the Institutionally Corrupt Metropolitan Police.

The fact that Union officials were jointly threatened by Bexley Police and the Council shows the two to be just as closely aligned as when they tried to stitch up Crayford resident John Kerlen over a Tweet he didn’t actually send. (I still have the original police file which contains the Tweet John posted and the rather different text he was alleged to have posted.)

And who can forget the Police and Bexley Council conniving to get Peter Craske off the hook on which he had hung himself?

This blog has got to the point when I very much regret promising the aforesaid friend to come to a conclusion on who has right on their side in the bin strike. Should I hit the Delete button?

I am still of the opinion that Bexley Council signed a rubbish contract and screwed Serco into the ground with the price, just as they did when engaging with care providers. They knew the price of everything and the value of nothing.

And I don’t think I am so naive as to discount the possibility that Unite is making mischief and a mountain out of the small financial molehill said to divide them.

Councillor Sue Gower has said she understands the only remaining sticking point is back pay for around 20 people. If so someone is being incredibly stubborn but who’s at fault? In my time in industrial relations I probably knew as many idiot managers as I did anarchist union officials. 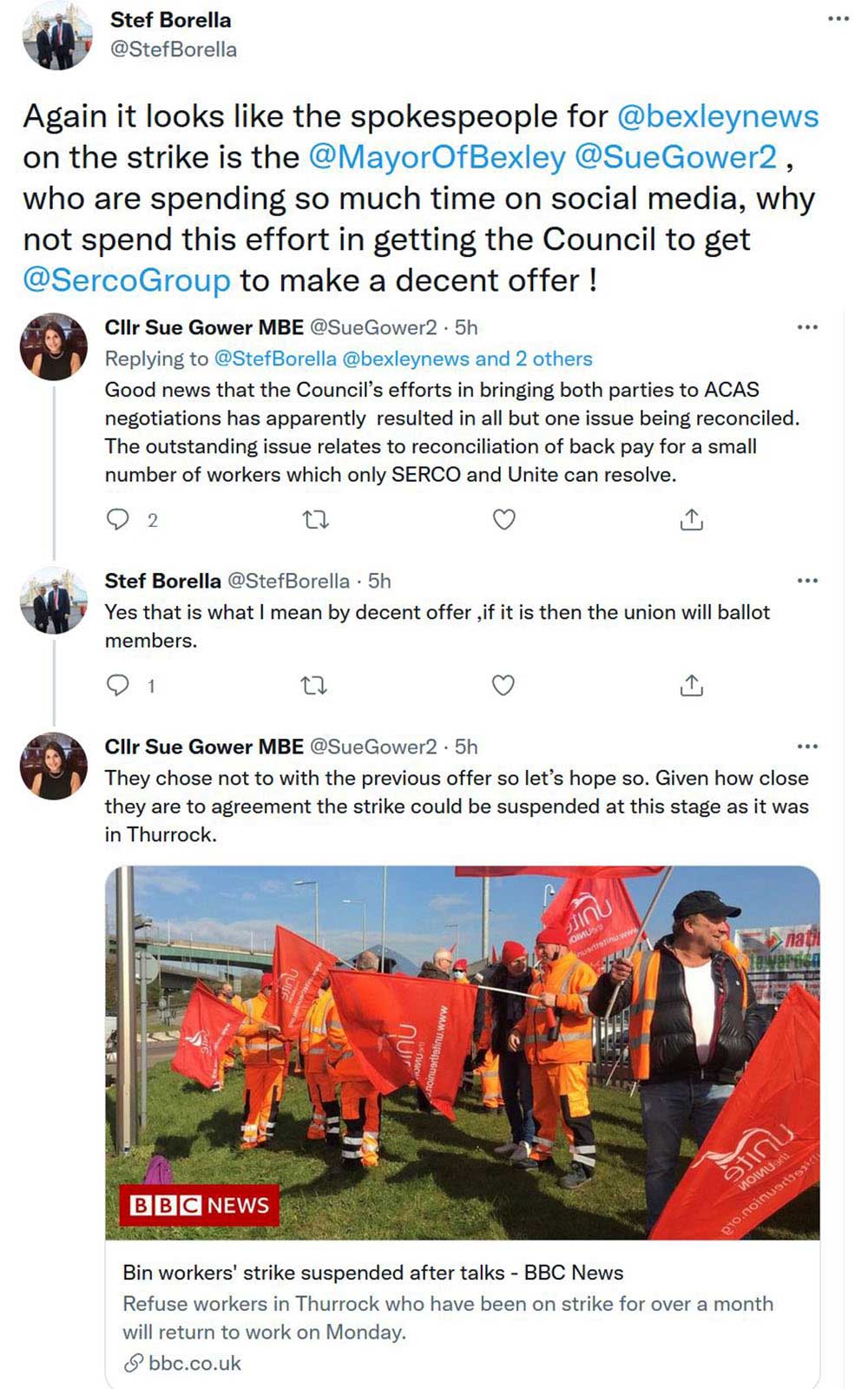 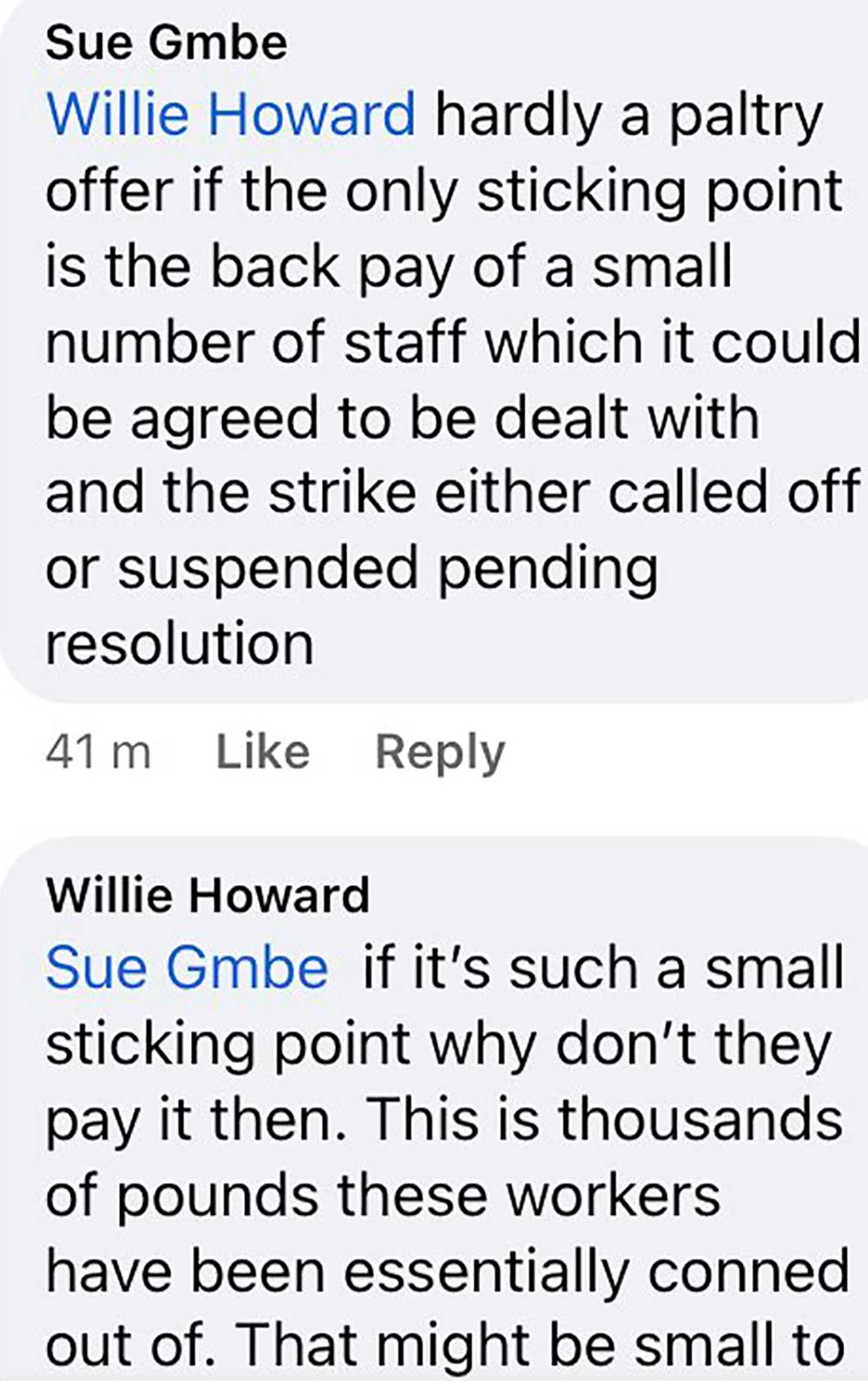