30 December (Part 3) - Resisting everything but temptation

I don’t think I can let The End of the Year Show go unchallenged. I would like to think pretty much all of Bonkers is based on good evidence. If for example I report that it was the Council Leader herself who reported me to the Police for Harassment it is because I have the Police report that says so.

The author of yesterdayְ’s guest blog refers to Councillor John Davey’s Tweets as juvenile and inflammatory whereas I see them as primarily funny and far more courageous than his ward mate who insults me personally and hides behind his Twitter block. I think John is a bit extreme when it comes to Covid vaccinations. I simply cannot see how one can reasonably enforce vaccination that has caused, according to the Government’s own website, 1,782 deaths. (666 Pfizer. 1,116 Astra Zeneca). More and more boosters begins to look a bit too much like playing Russian Roulette. 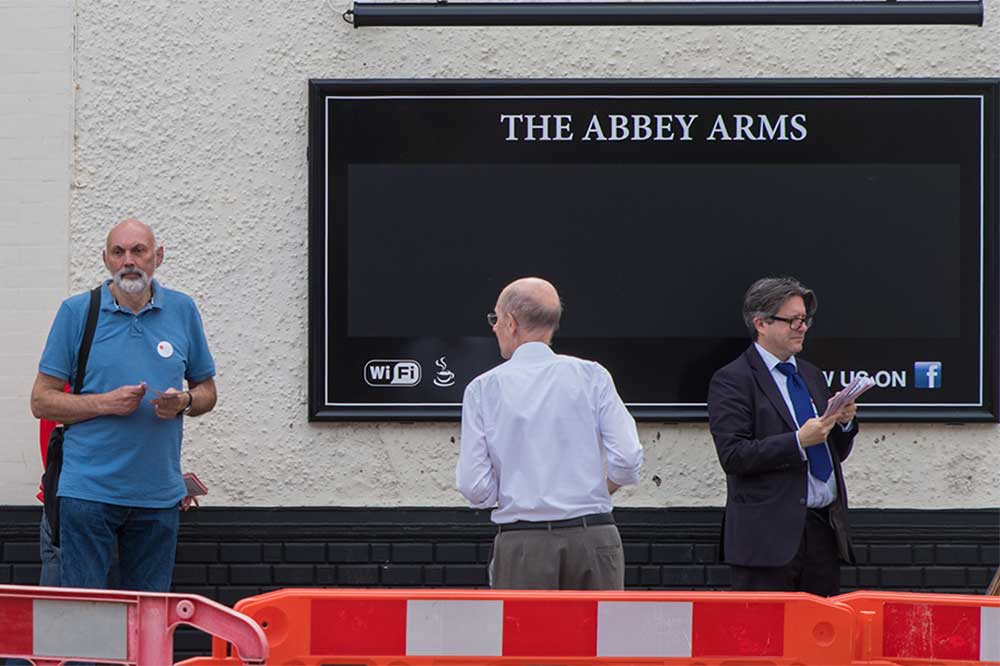 Probably you won’t like John Davey’s Tweets if you are a fan of Mayor Sadiq Khan. He got into trouble for saying that Khan had damaged London as much as Heinkel bombers in 1940. I had said the same thing a month or two earlier. Maybe I owe John an apology for sowing the seed.

To find something more critical to say I have to go back twelve years to when John Davey was my Councillor and refused to answer my more difficult questions. I took exception to that but having grown more accustomed to the way Bexley Council operates I now realise he either had to agree with me or confirm that Councillor Craske, in charge of Highways at the time, was exactly what I suspected. He chose to say nothing, not ideal but understandable. To his credit John Davey unwittingly gave me the title of this blog. Bonkers.

Who else came in for criticism yesterday? Ahh, Adam Wildman. Who the Hell is he?

There was Danny Hackett (Independent, Thamesmead East) who perhaps goes a little overboard with his new found enthusiasm for right wing politics; but that is opinion again. Fact is that he allowed himself to be interviewed by the Police and sign a statement when Bexley Council made up a cock and bull story about me being a Council Chamber hooligan. Such things, just like the Leader’s trip to the cop shop, can never be forgotten.

Finally there is the enigma which is Cabinet Member Sue Gower. For reasons which will never be revealed here I knew a little - all favourable - of Sue before she was elected in 2018 but on the other hand anyone who works alongside the Leader must be regarded with a certain amount of suspicion.

For me it is very much splinter in the bum time but I cannot quite see what yesterday’s blogger evidently sees.

Councillor Gower was understandably reticent over the roofless house business because there may have been confidential issues relating to the tenant to consider. I don’t know if what she was hiding was the same as I subsequently discovered but there were some things that could not reasonably be revealed without the tenant’s permission. I tried and failed to get it so presumably I, like Sue, am a disappointment to the guest blogger. I suspect that Sue Gower was let down by one of the Council Officers. As the blogger himself revealed there are so many vacancies now that far too many things fall through the cracks.

Maybe I am wrong and too easily swayed by Councillors who maintain friendly relationships.

Note: In the photo above Councillor John Davey is not queuing for the bar, he is distributing European Union Referendum leaflets on the day before Nigel Farage triumphed.