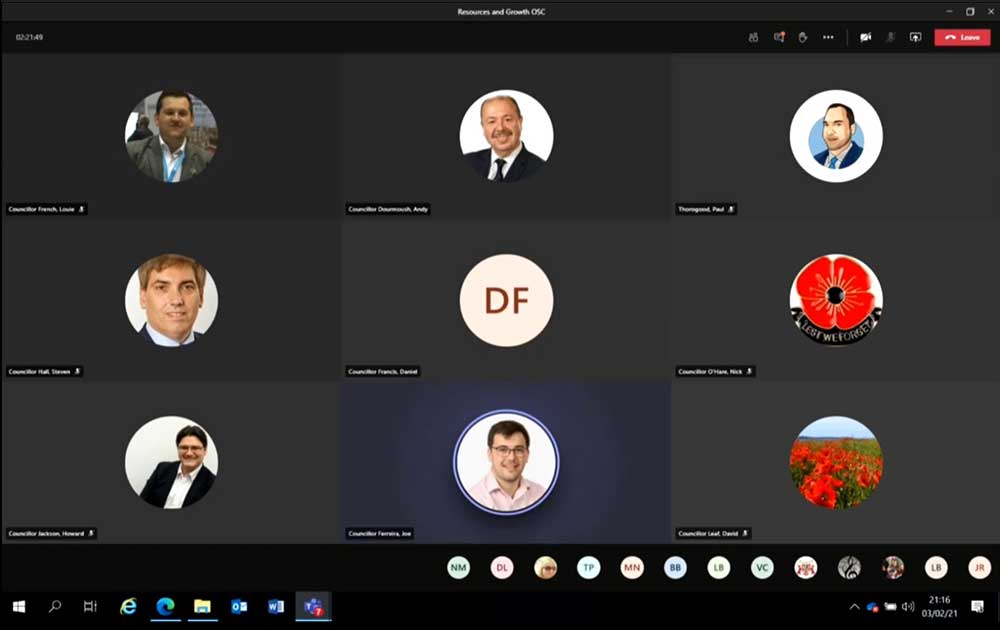 “Things had changed a lot since we last met. We came out of Lockdown two with a case rate higher than when we went in.” Bexley was “out of sync with the rest of London” and this was due to “the Home Counties effect”. Bexley was following Kent.

In the run up to Christmas and immediately afterwards the R rate increased "very significantly” and a case rate of “more than 1,300 per 100,000 population by the first week of January and 2nd worst affected borough in London”.

However “now we are in the ten least affected boroughs” and “London rates generally have dropped”. Even so the current case rate (278/100k.) is still considered to be high.

“We do not have that many outbreaks in schools or care homes but there are single case situations. Really low numbers right now and the trend is continually downward.” The trend includes the numbers of patients in hospital. “It is below the crisis point threshold.”

The release from lockdown will be “phased and cautious”.

“The number one priority now is vaccination and second is test and trace.” New testing sites have been opened at the Community Christian Church in Welling and and in a car park near to Welling railway station. 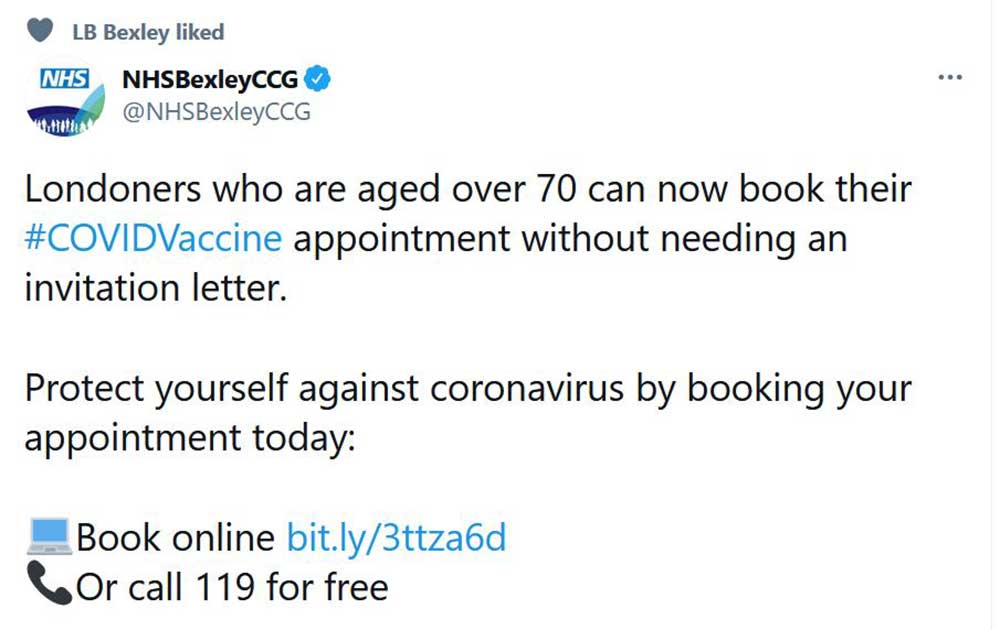 Vaccinations are being master minded by Bexley Council under Director Stuart Rowbotham and a mass vaccination site is to be established in the Civic Offices with a target date of March 1st.

Councillor questions provoked a few more comments from the Doctor. Both vaccines are effective against the dominant Kent variant. There has been no wastage in Bexley because of the secondary list system.

Councillor O’Hare (Conservative, Blendon & Penhill) thought it would be sensible to vaccinate couples together even if one was a little below the age threshold. He was told that there was flexibility to allow that but vaccine supply might be a factor.

The Doctor believed the 12 week vaccination interval was a good thing.

Link for vaccination. it’s really easy to do.