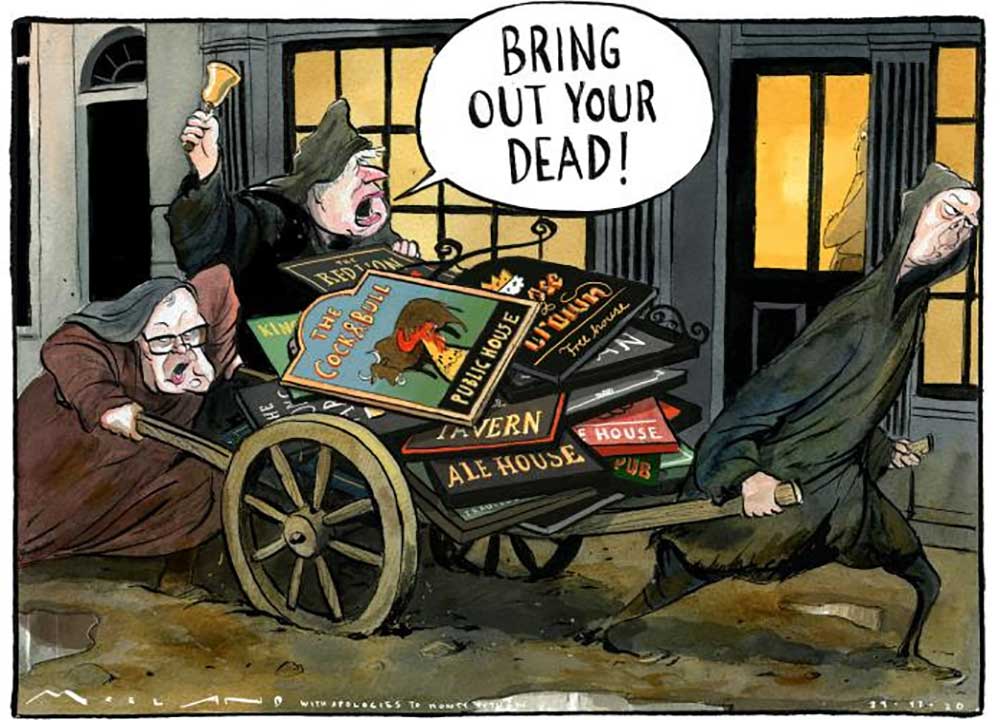 You know that the Prime Minister is inadequate as a leader when he can only speak when flanked by two unelected officials and he only parrots what they allow him to say.

Two men who freely admit that their motive has to been to scare everyone witless and to display false statistics when it suits their frequently dishonest case.

They have succeeded in dividing the nation irreparably and Johnson must never be forgiven for allowing them to get away with it.

On the very day that they boast that more than 30% of the adult population is vaccinated and even a single dose provides 95% protection against being taken to hospital they insist that we must suffer lockdown restrictions until mid-summer’s day.

Even if you go along with the timetable of lockdowns the individual rules and guidance have made little or no sense.

An elected dictator deigns to tell me that by the middle of May I can drive 145 miles to see my granddaughter so long as I don’t go into my son’s house to have a wee or be given a drink. Then 145 miles back.

However it would be perfectly OK to stop at Membury services for a wee and a coffee mingling with dozens of strangers who may or may not have been careful with their health precautions.

Yesterday I spoke to two family members, two friends, one Councillor and a local businessman - probably illegally - and every one of them described themselves as - at a minimum - thoroughly fed up with an extended lockdown.

Where are these people who think lockdown should be extended further? The ONS life expectancy calculator says I have about 4,000 days left if NHS neglect does not get me first, so Johnson has stolen about 10% of my life. And to think I prayed for his survival a year ago! What does that make me?

Johnson is a total loon protected from the ravages of his economic disaster, mental health disaster and loneliness while he shacks up with his latest bit of skirt and it doesn’t matter what he achieves in future I could not possibly vote for any Government that includes him or Hancock. And some of his victims are far worse off than me.