2 January (Part 1) - Who are the biggest Covidiots?

What’s a single bloke who fell out of the habit of watching TV several years ago and cannot visits friends or family either by reason of Government diktat or distance supposed to do to pass the time? Peruse Covid statistics constantly that’s what.

It is a confusing occupation and whether you are a lockdown let’s-do-it-some-more fanatic or more thoughtful than that you can dig up figures to satisfy your prejudices.

On a more parochial note I can no longer claim to not know, as opposed to heard of, someone who has had the bug in recent months. My former wife got it in a care home back in April and was not expected to survive but 24 hours later was demanding to be fed. At about the same time the niece of a good friend committed suicide when she was told her mother had the bug - but it was a wrong diagnosis. So close, but not that close.

However over the last few days the picture has changed. A cousin once removed age 30 showed some symptoms just before Christmas and tested positive. She has felt a bit under the weather but nothing worse.

I watched a streamed church service last Sunday which came from the 60 year old vicar’s home. I spoke to her about it yesterday and she said she had a slight temperature on 22nd December, got herself a test that day but the result did not reach her until the 27th. Positive. She too was not too badly affected and there was no sign of any discomfort on the video stream. The weird and worrying thing about this one is, like me, the lady lives alone and had only been out of the vicarage once in the previous ten days. A trip to Tesco.

My aunt’s carer has been having weekly tests, all negative until yesterday. She’s had a back pain since last Monday which may not be in any way connected but there is now another care worker unable to work for ten days minimum.

A little more remote is the niece of another friend who was alone and isolating but was believed to be well enough until a call for help which resulted in her being found in a diabetic coma. The ambulance took several hours to come and survival is now doubtful. A belated Covid test came back positive so if the worst comes to pass that will be another dubious Covid statistic.

Dubious Covid statistics are everywhere and I have come to the conclusion that it is due either to willful dishonesty by Government or off the scale incompetence. The hospitals may be nearing capacity but all the while the Government lies to the population some will take the view that the whole thing is a hoax. Ridiculous I know but idiots exist outside of political circles too.

Judged from my slightly sceptical viewpoint Hancock and Co. have done pretty well everything wrong but a rather more paranoid friend says the same thing. That’s quite an achievement!

Fifty odd thousand positives a day using a test turned up to very nearly maximum sensitivity which its inventor said should never be used as a virus detecting tool. Constantly pushing the asymptomatic infection line which several countries have reported to be a very low risk, Australia, Italy and Japan included. Who are we to believe? Clearly not Vallance and Whitty who admit that some of their graphs have been deliberate psychological scare tactics.

Right now we have the controversy of primary school closures. Whichever way you look at it the Government have made fools of themselves. The statistics tell us that primary age children are not dropping like flies or at all if one discounts the occasional tragic case with comorbidities but if you are a believer in the symptomless transmission theory as our Government seems to be the logic suggests that schools should be closed. I think that is wrong but my opinion is immaterial.

The Education Minister decreed that some London primary schools should open next Monday and others not with scant regard for local infection rates. With the borough border so close to home I can walk to two in less than 15 minutes, each instructed differently and both served by the same hospital. Now the Minister has caved in to political pressure and in Tier 4 London all schools will be closed next week - but not in Tier 4 Surrey so the border issue will still arise somewhere. How are parents supposed to make arrangements for child care with barely 48 hours weekend notice? Paranoids and sceptics alike unite in calling the Minister a prat.

I have no time for the Leader of Greenwich Council, a teacher by profession, who is reported to be “delighted” that children will forego their education but his degree of so called intellect still manages to put the Government Minister’s in the shade. 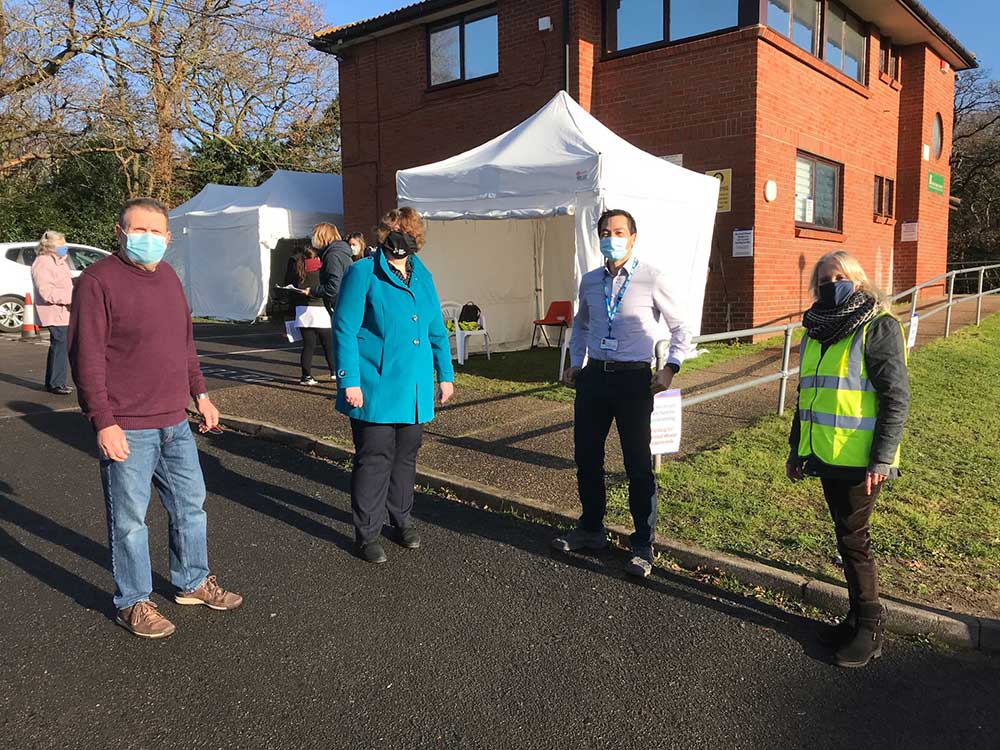 And a final rant. Four people in my circle of friends have had the first Pfizer injection; so far just one has had dose 2 cancelled. If I was a few years older I might have been offered the jab too. I can imagine the conversation going as follows…

“What’s the risk?” “Allergic reactions pretty low, risk of death vanishingly small.” “All to be done according to the Pfizerְ’s test regime and as approved by Medical and Healthcare products Authority?” “Yes, of course, that’s vital.” “OK, count me in.”

Some sort of contract I would have thought so how come part two can be unilaterally cancelled? This Government can be trusted on only one thing; to cock everything Covid related up big time.

It may well be that delaying dose 2 is perfectly OK and I have a feeling it might be especially with the Oxford variant but it shakes oneְ’s faith in the MHRA who are prepared to take guesses. Maybe I shouldn’t be surprised.

I read a long email exchange between the MHRA and an inquisitive doctor. It was all a bit over my head but the outcome was an admission by the MHRA that they didn’t really understand what Pfizer had been doing but taken some things on trust. The virus had not been isolated but Pfizer and provided a computer simulation of it. The doctor took a dim view of it but I am inclined to think that if the vaccine achieved good test results does it really matter? The fact that Pfizer are not supporting the 12 week dose interval may be a bigger factor but it would be a good get out of jail card if things go wrong.

Well that’s a couple of hours passed; are we in Tier 5 yet?