I have never thought my GP surgery is particularly good, the doctors themselves have mainly been OK but the admin. side is a bit of a disaster. It was officially noted as such by the Clinical Commissioning Group in 2015 and I wasn’t best pleased that in March this year they urgently arranged two scans for me and it took a couple of months to persuade them to give me the result. 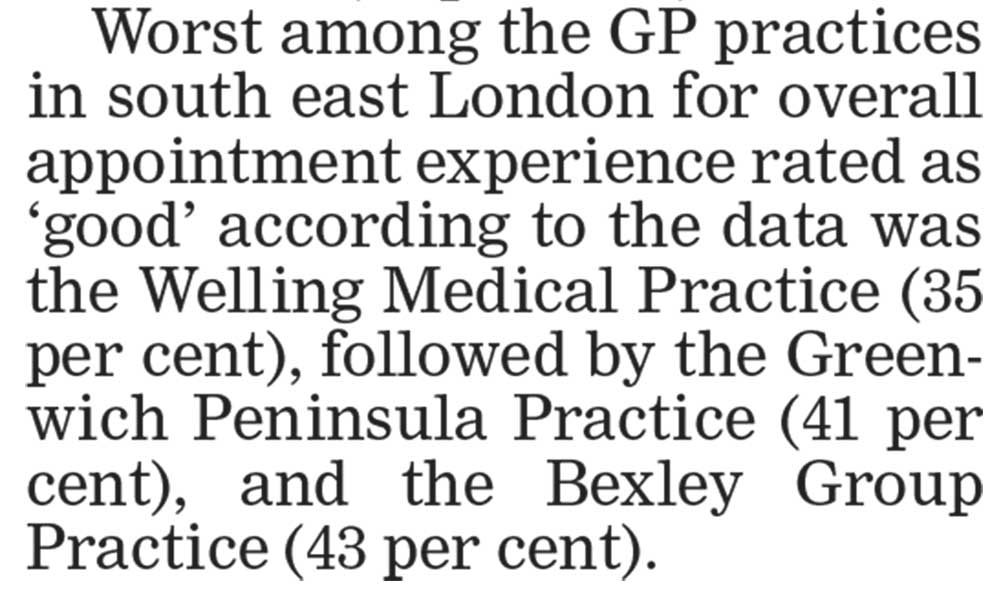 There was an extensive GP Patient Survey earlier this year and for South East London my practice came out worst in two categories out of three. For ‘Best Overall Performance’ the worst performers were Welling Medical Practice, Bexley Group Practice (mine) and the Crescent Surgery in Orpington.

For ease of getting through on the phone Welling Medical Practice was rated second worst in SE London with Sidcup’s Station Road surgery running them a close third worst.

For ‘Ease of Making an Appointment’ the Welling Surgery was again worst in South East London with Bexley Group Practice saved from being next worst by a practice in Greenwich.