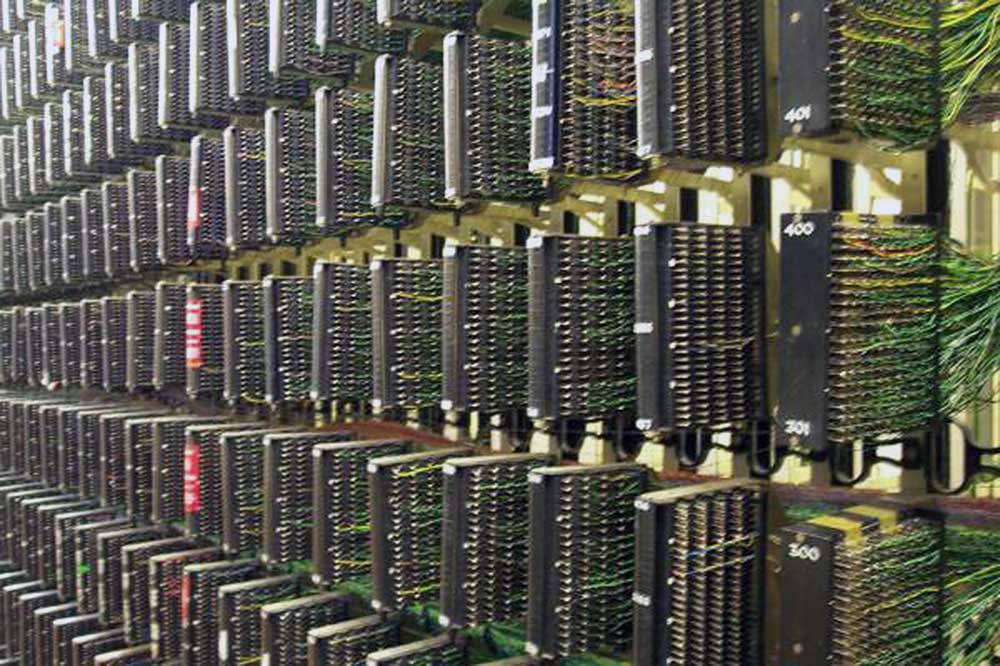 Around a year ago the author of the Murky Depths news website asked me if I knew anything about Abbey Wood’s telephone exchange (BT with scant regard for geography refers to it as Thamesmead) being closed down and sold off for housing development because that was what Greenwich Council appeared to be saying in its plans for the future.

The story was given some credence because photos of equipment being removed circulated at the same time. (See below.)

My telephone exchange days were mainly analogue and don’t relate to present day circumstances. I was slightly involved in the experimental ‘electronic’ conversion of ROYal exchange circa 1966 and all I can tell you about that is that it didn’t work well under peak hour load.

However with the proviso that my telephony skills are more than a little rusty I told Mr. Murky that I saw no way of closing an established telephone exchange because the copper cables (Abbey Wood serves more than 23,000 customers) are extremely bulky and have to be terminated on a block of connectors (see main photo) which may be a 100 feet or more long. Possibly several of them. The cables are stuck in the ground and a fixture.

Google found not a single example of a bog standard telephone exchange being closed in London. Switching Centres have gone but that is easy to arrange. Lay in trunk cables to a new site and cut off the old ones at leisure. No customers disturbed.

In a further sign of a wasted life I noted that the switching centre I played a very small part in designing, Keybridge House in Vauxhall, was long since gone.

From the casual observations of a connected customer, Abbey Wood exchange appeared to be carrying on as usual just as I would expect.

Last week ‘From The Murky Depths’ returned to Greenwich Council’s plans and was even less impressed than he was last time. Greenwich Council is quoted saying “The building is surplus to requirements as a telephone exchange. The site is currently in use in association with Crossrail works; this use is expected to cease by the end of 2019.”

Nonsense followed by an irrelevance. Crossrail had dumped some oddments of building materials on a small section of the exchange car park and has not been back to clear up their mess.

In the meantime I tried to discover a little more about what was going on inside Abbey Wood’s telephone exchange. The following is based on an ‘interview’ with just one telephone engineer who works there. 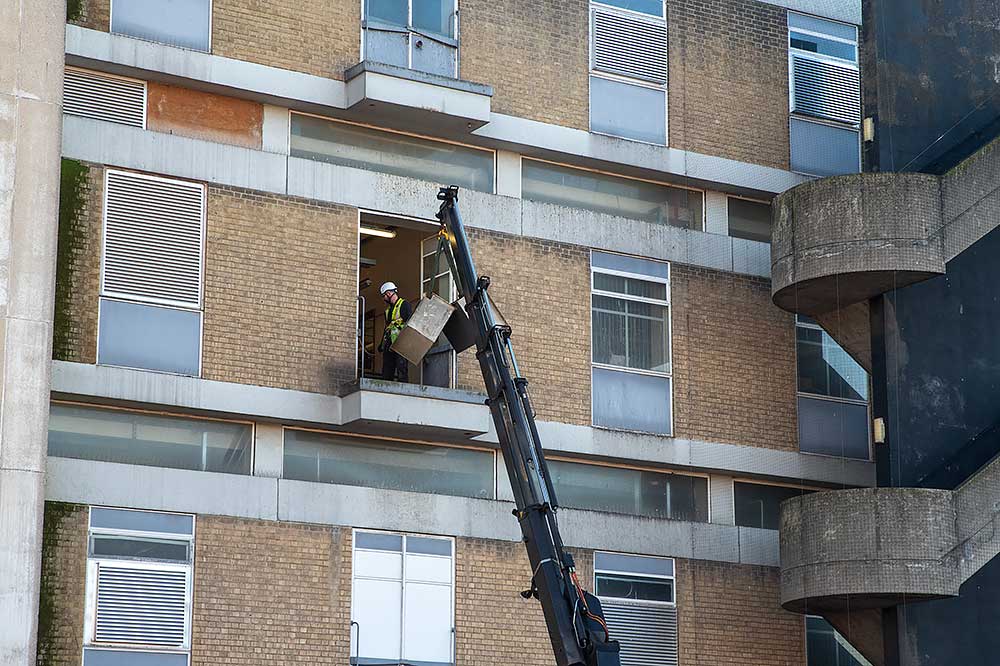 He confirmed my 30 year old thoughts on telephone exchanges and the cabling in particular. It is totally impractical to move an exchange because the cables coming in from the streets cannot be moved and the terminations are bulky. A move is only possible when an exchange area is fully fibred and the copper becomes redundant. Abbey Wood and the surrounding area is a long way short of that.

Erith, my interviewee said, is pretty much done and the likelihood is that customers will be given five years to switch to fibre before the copper is cut. The incoming fibre can be terminated underground and routed to wherever BT decides the digital hub exchange will be. The old exchange building above will become redundant.

This suggests that even if Abbey Wood was fully fibred now it would have to exist for at least another five years but it is not even next on the local conversion list. That honour will probably go to Bexleyheath and Woolwich.

Could the Abbey Wood exchange be sold off for housing I asked. My interviewee was not party to the details but he suggested two snags to such a plan. One was that all BT’s exchanges were sold off to bankers when it needed the money to get into the mobile telephony game which it stupidly exited in 2003. Secondly it could not be discounted that the site might be chosen to be a digital hub through which all the local exchanges - not that they will exist any more - will be routed. In which case Abbey Wood will live for ever and Greenwich Council’s plans will be well and truly scuppered. Don’t they check anything or are they simply more Bonkers than Bexley?

Please note that the foregoing is not an official BT news item. It is the expectation of one employee but it has the ring of common sense and logic about it.