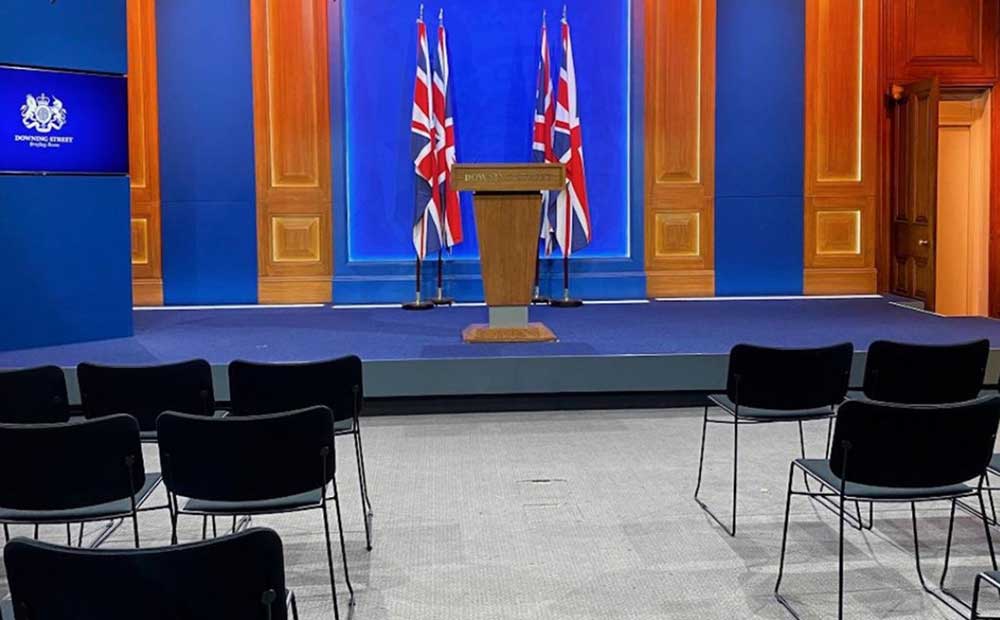 I try to take an even handed approach to political reporting, I like to think that scattering comment to both left and right confuses any Councillors who might be reading this - a few admit to doing so.

I read the extremities of opinion; political lefties whose opinions I struggle to understand and avid police supporters who believe they can do no wrong, so now I am going to add to the confusion by putting in a good word for Boris Johnson in connection with his Downing Street TV studio.

Just over 20 years ago I got dragged into TV production in quite a big way. I made a few showreels for people who have become familiar faces on the TV and made a digital copy of an unreleased Star Wars film; from what I have forgotten. Super VHS tape I think.

As a result I received a few invitations to interesting places; Pinewood two or three times, 3 Mills studios several times, BAFTA twice, Sony Broadcast HQ twice and ITV’s HQ, then on the South Bank, once.

It was an era when the video and film industry was moving towards a digital future.

While on the South Bank I enviously eyed up the equipment they had there. It was nearly all Sony with just a tiny bit of JVC, No Panasonic because I was told their support services were useless.

Digital equipment was in relatively short supply and it was being wheeled on trolleys from one studio to another. A quick bit of arithmetic provoked my “Wow, you have a million quid’s worth of gear on that trolley”. Back came the response “more than £900,000”.

I don’t know what the cost of professional broadcast gear is in 2021 but I suspect £2·6 million doesn’t go very far in that sort of game.

£37 billion for Test and Trace? No way can that be excused.