The first time I heard the Council Leader say she wanted to reduce the number of Councillors in Bexley was in 2010, it even got a brief mention in the News Shopper. (It was in their paper copy too.)

The changes were made in 2018, a reduction from 63 Councillors to 45 and a saving of allowances close to £200,000 a year with more in terms of support costs.

Delayed the changes might have been but it was the right thing to do and yet another that @bexleynews likes to crow about. However like most things from that propaganda machine an element of deception has to be introduced.

Last Wednesday they contrasted their reduction with what is going on in Greenwich. At first sight it might seem to be a reasonable comparison but it takes no heed of population numbers, a point not missed by Labour Leader Daniel Francis.

Bexley’s 45 Councillors and Greenwich’s proposed 51 to 55 increase provides an almost exact match for the Councillor to population ratio in each borough. For the record the Tory Tweet attracted five comments all of which were critical. The propaganda doesn’t seem to be working. 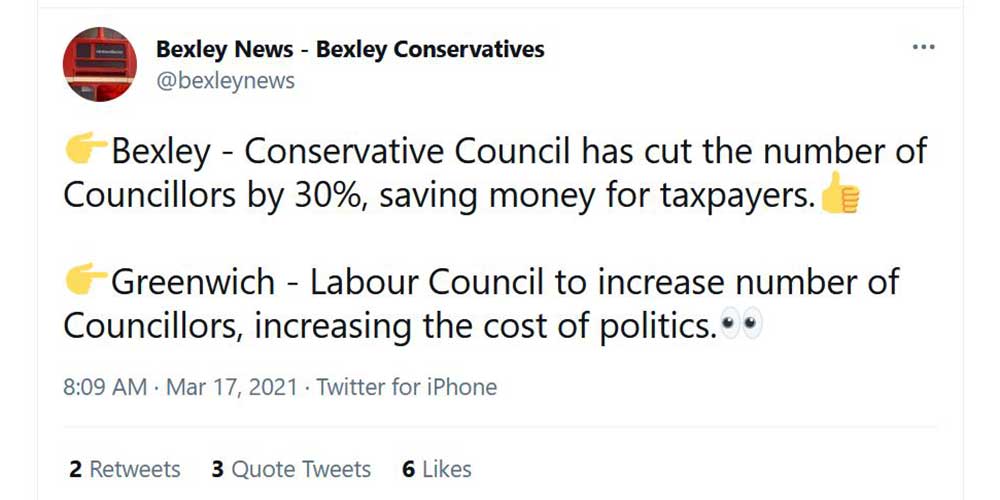 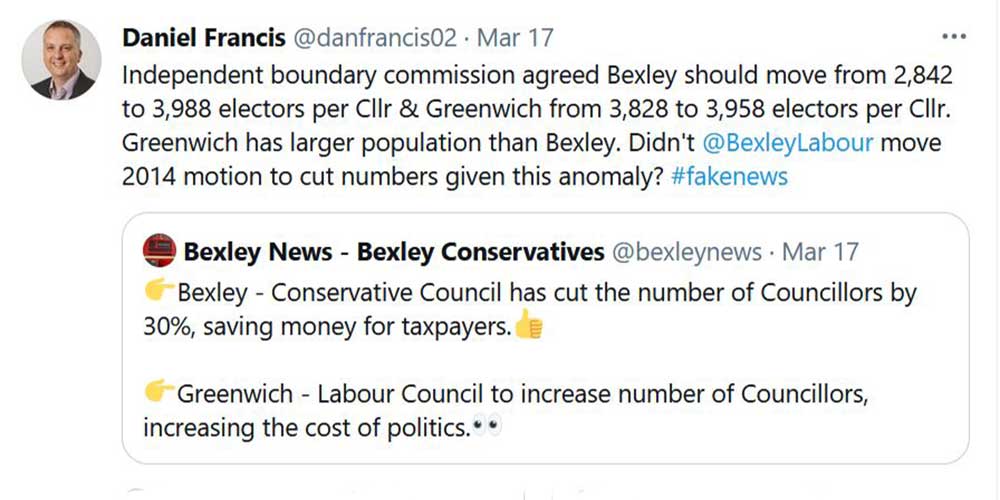