The hopelessly out of touch Welling GP Nikki Kanani has had a well deserved drubbing over the past week in the Daily Telegraph’s correspondence columns for her preposterous assertion that the National Health’s GP Service is operating more or less normally. Clueless doesn’t begin to describe her failure to recognise the truth.

Alison Pearson who wrote the article that caused so many readers to tell their tragic stories returned to the theme yesterday. Telegraph articles are pay-walled but a small section is reproduced below. 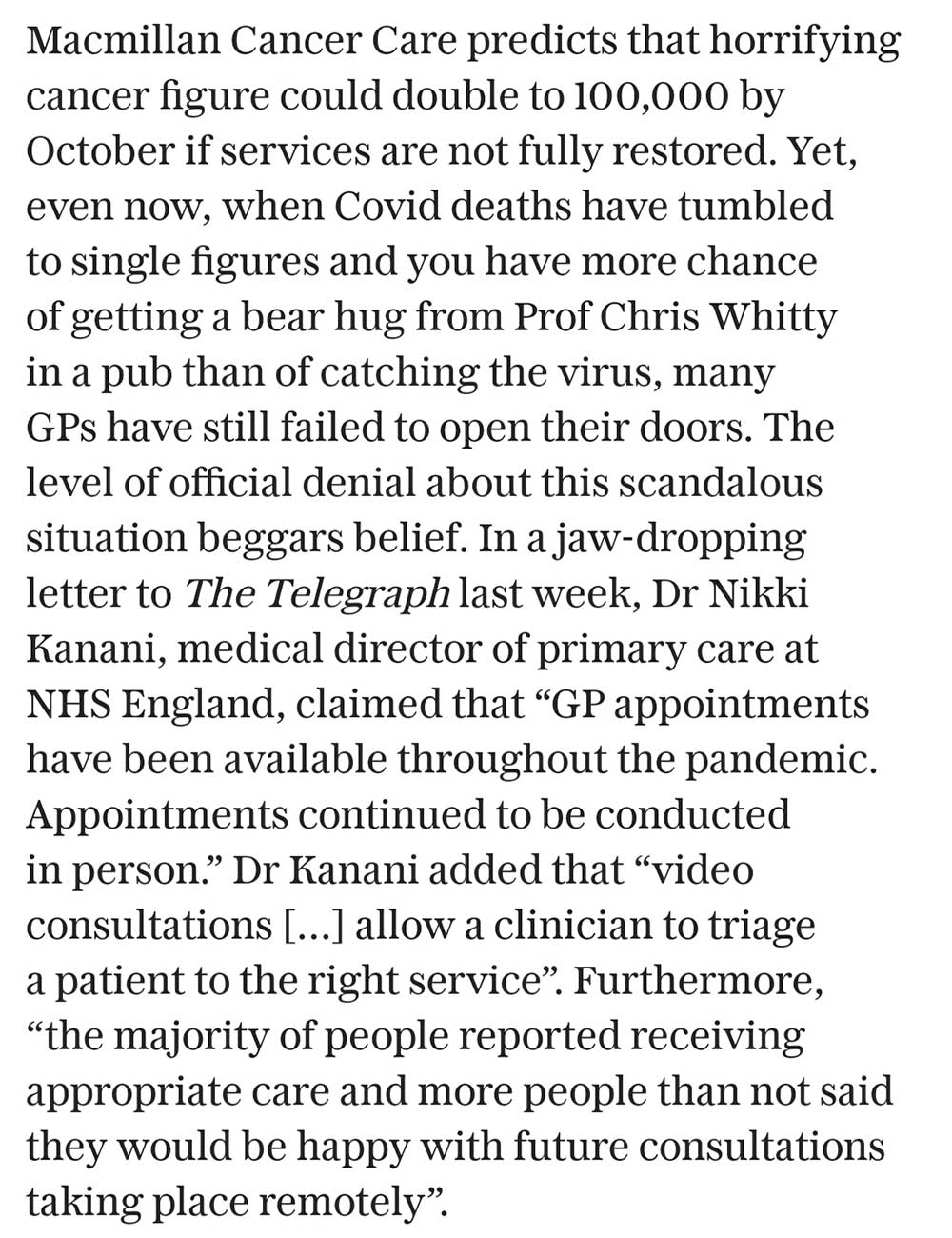 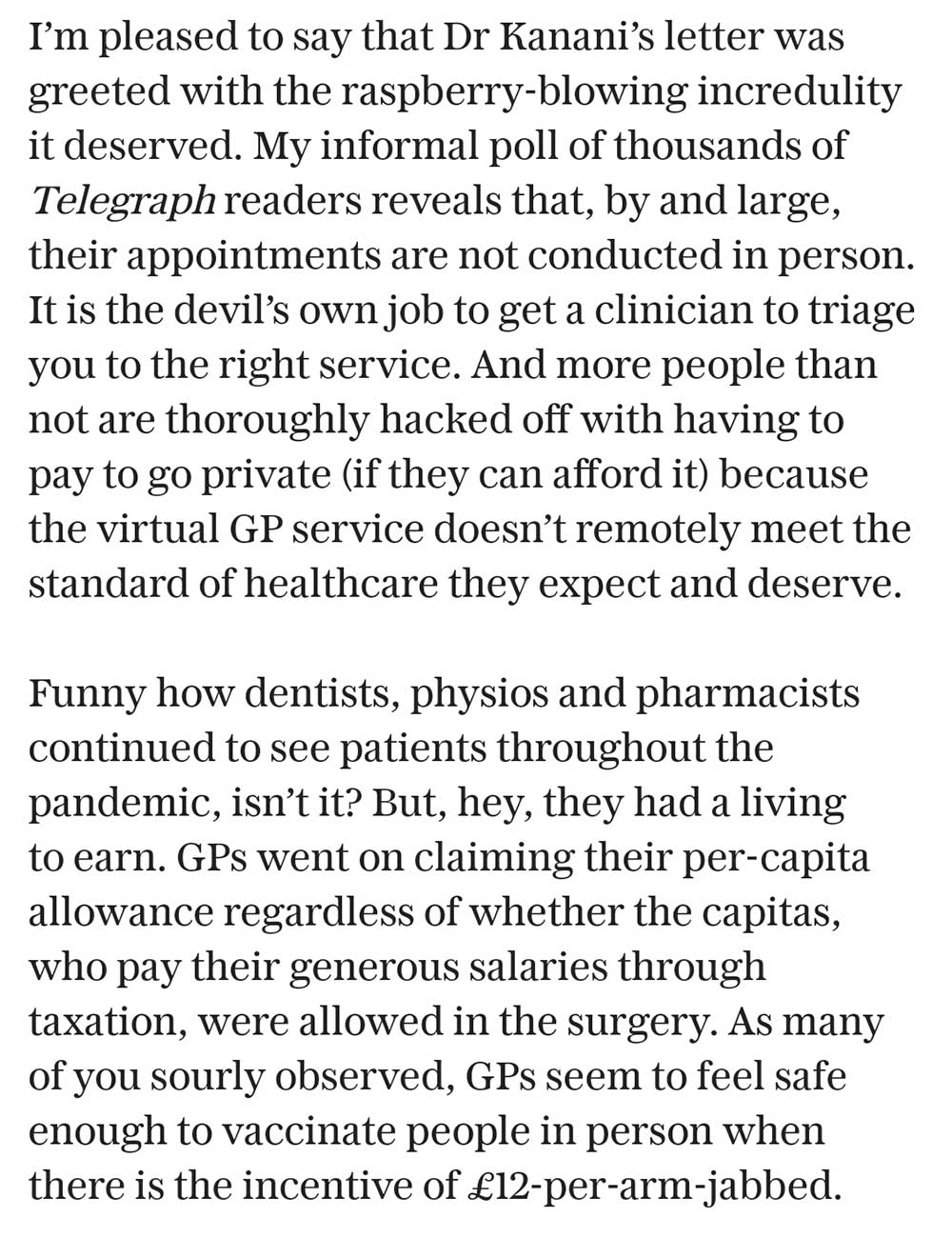 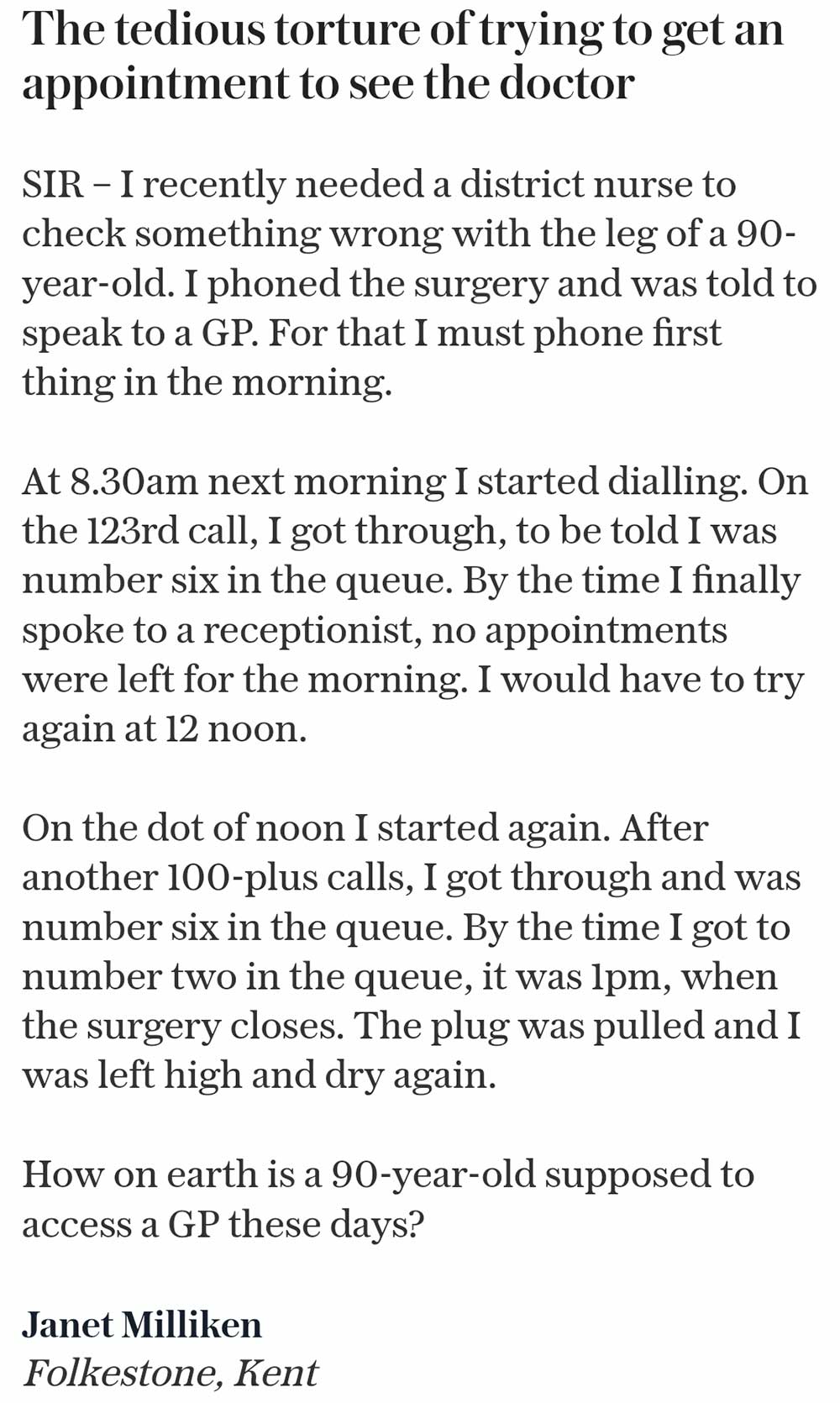 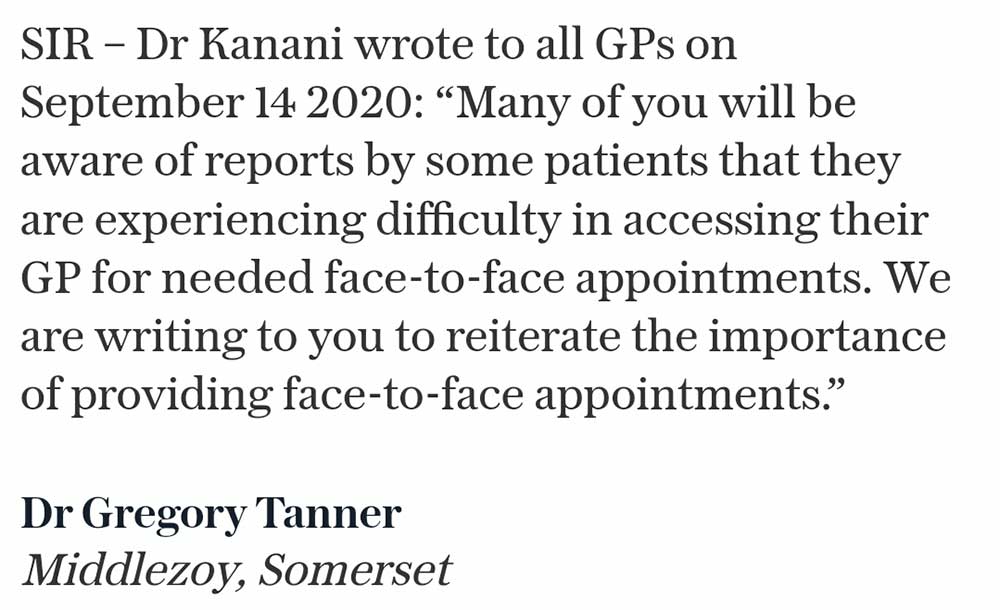 Janet Milliken from Folkestone pretty much sums up the unnecessary difficulty one encounters when trying to get hold of a GP although to be fair it was not very different pre-pandemic.

Eight months ago Kanani was advocating face-to-face appointments, today it has been revealed that they are all but abandoned. (See headline below.)

As I said before my own situation is fairly trivial. After being sent for two urgent possible cancer scans in March I still don’t know the result. My surgery is inaccessible. I was turned away at the door but referred to a phone number and an email address. I have had no response from either.

In around 25 years registered at the same surgery I have never seen the same GP twice although with one possible exception they have all been perfectly OK once past the inquisition at the door. The rot seems to have set in after the take over by Bexley Group Practice.

In 2015 it was rated by the Clinical Commissioning Group as “Needs Improvement” over its lack of adequate administrative procedures. No access, no phone contact and email ignored. Maybe the CCG should be reminded that they have not improved.

Note: The GP was very thorough and no doubt right to order two urgent cancer checks on 26th March but I very much doubted his fears would prove to be right in one case and was more optimistic than he was that the second would prove to be OK too, hence me not being unduly worried, but it would be nice to have confirmation. Surely a month is more than enough time to pass on QEH test results? Hiding behind an impenetrable wall of receptionist, phone lines that refer only to the web and an email system that doesn’t work at all is unforgiveable.