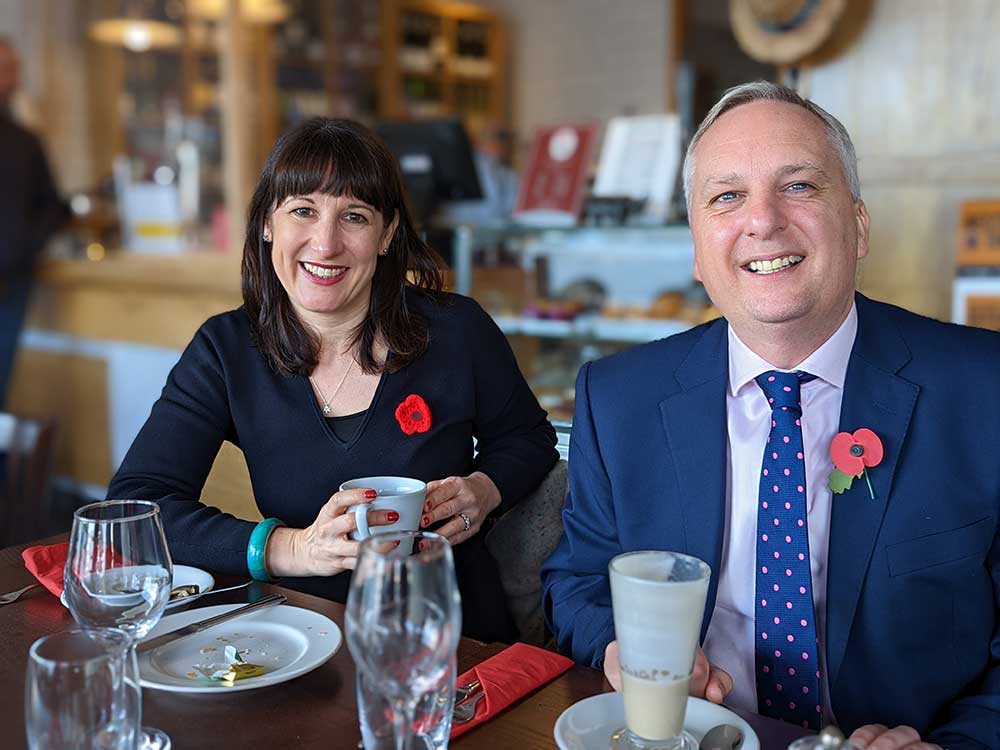 My Belvedere Councillor Daniel Francis had a busy day yesterday; facing the cameras in the morning, facing the voters in the afternoon and me in the evening in the Civic Offices where he found time to speak to me at the Full Council meeting.

No leaflets yet, but I have had sight of a Press Release which is reproduced below…

Rachel visited Welling High Street and added, on the High Street I saw boarded up shops and spoke to business owners who are concerned about the increase in business rates but also the rise in anti-social behaviour; the cost of parking to shop locally and about street cleaning. We need a Labour MP who will prioritise the people of Old Bexley and Sidcup; who will campaign for lower business rates and for better services for the local community. That’s why I urge everyone in Old Bexley and Sidcup to come out and vote for Daniel Francis on Dec 2nd.

Daniel Francis is the Labour Party candidate for the Old Bexley and Sidcup By-election.

Daniel is grounded in the local community; he has lived in the constituency for the past 6 years and his children attend local schools. Daniel has been a borough councillor for 17 years; he’s the longest serving Labour councillor on the Borough council and is currently the shadow cabinet member for energy, climate and housing.

Whether it is Albany Park, Bexley Village, Blackfen, Falconwood, Sidcup or Welling Daniel has seen the Conservatives take the constituency for granted first hand and understands the needs of local people.

Only Labour is on the side of working people, a vote for Daniel is a vote for:
• Standing up for small businesses
• Prioritising community safety
• Driving investment to local areas


I would not be unhappy to see Daniel elected in Old Bexley, there can be no denying his commitment to local people and his ability to stand up and speak on their behalf. His Conservative opponent on the other hand… No, I had better wait until someone leaks me a leaflet but Boris Johnson absolutely does deserve a very bloody nose.