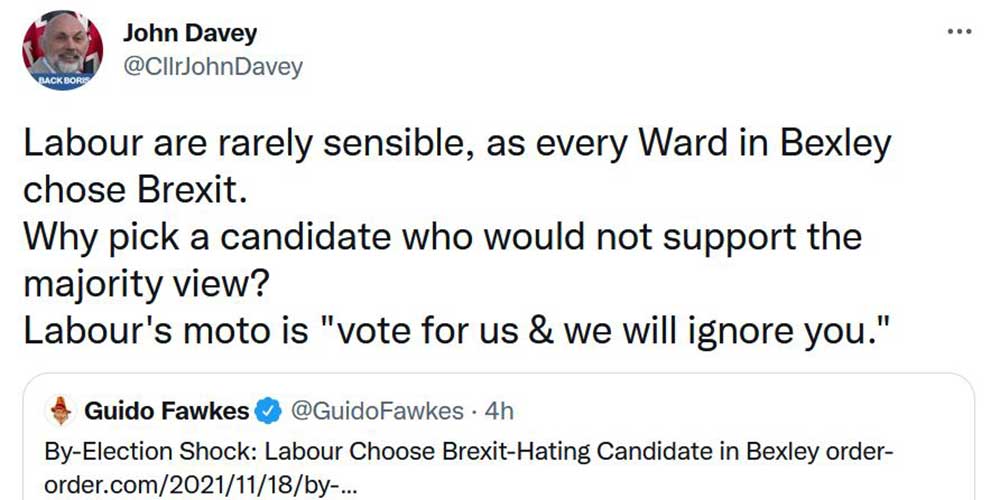 Having seen Councillor John Davey’s comment on the report shown below I searched Bonkers for every reference to Brexit. Former Councillor Abena Oppong-Asare MP asked the Council Leader just before the referendum if a pro-Brexit vote was likely to impact the borough but apart from that no one is reported to have mentioned it.

Councillor Danny Hackett who has come out as a strong supporter of the Conservative Old Bexley & Sidcup candidate, Councillor Louie French is twice reported as being very much in favour of remaining in the European Union.

Is no one allowed to change their mind? If the only evidence that can be found of Daniel Francis being a Remainer is two five year old Retweets someone must be getting desperate to dig dirt.

ׅ“Brexit Hating” is way over the top based on Daniel Francis’s record in Bexley.

Can’t the muck rakers find anything he said for himself? Daniel Francis made no issue of Brexit locally. He fully accepted the referendum result. 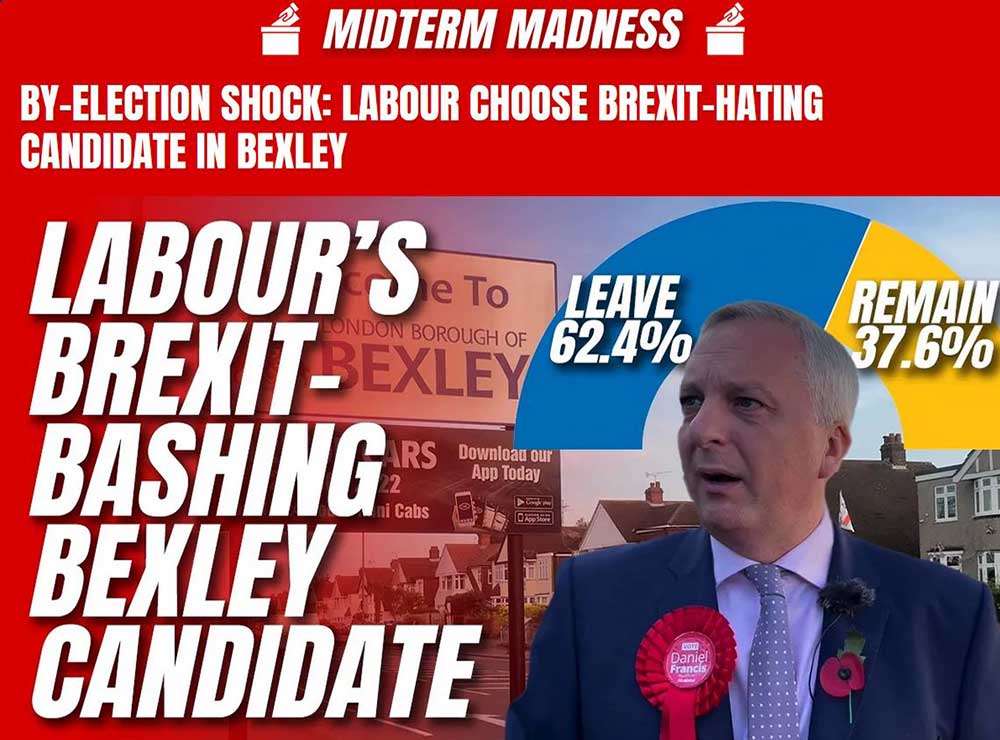 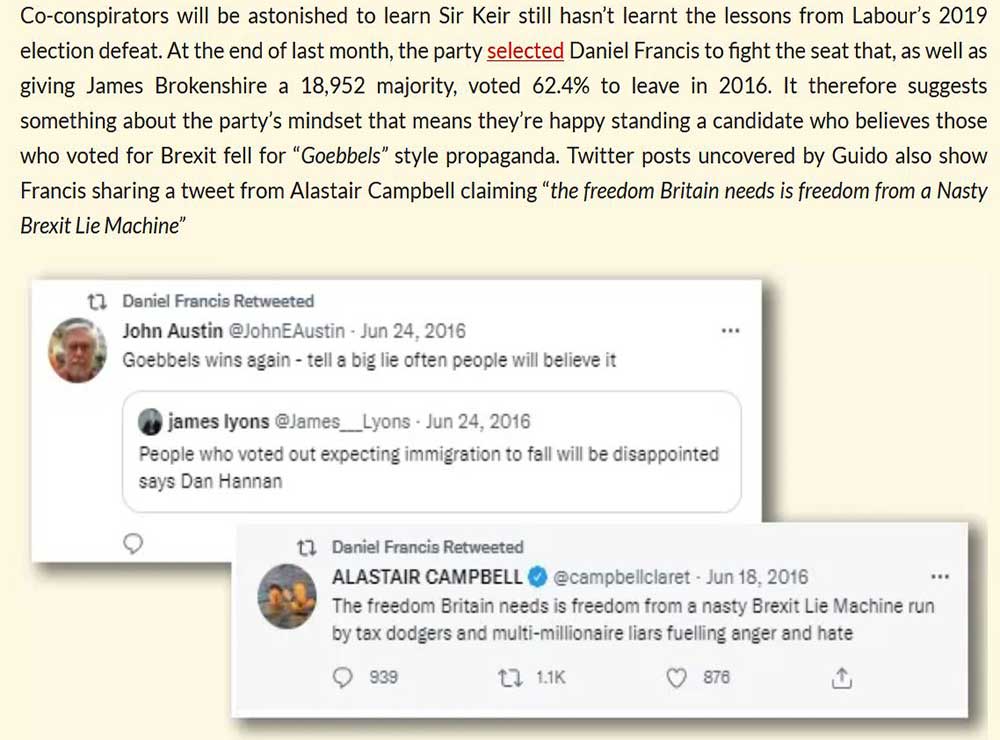 John Austin was ironically correct (see his Tweet above) but it is local Tories who are currently adopting Goebbel’s technique.