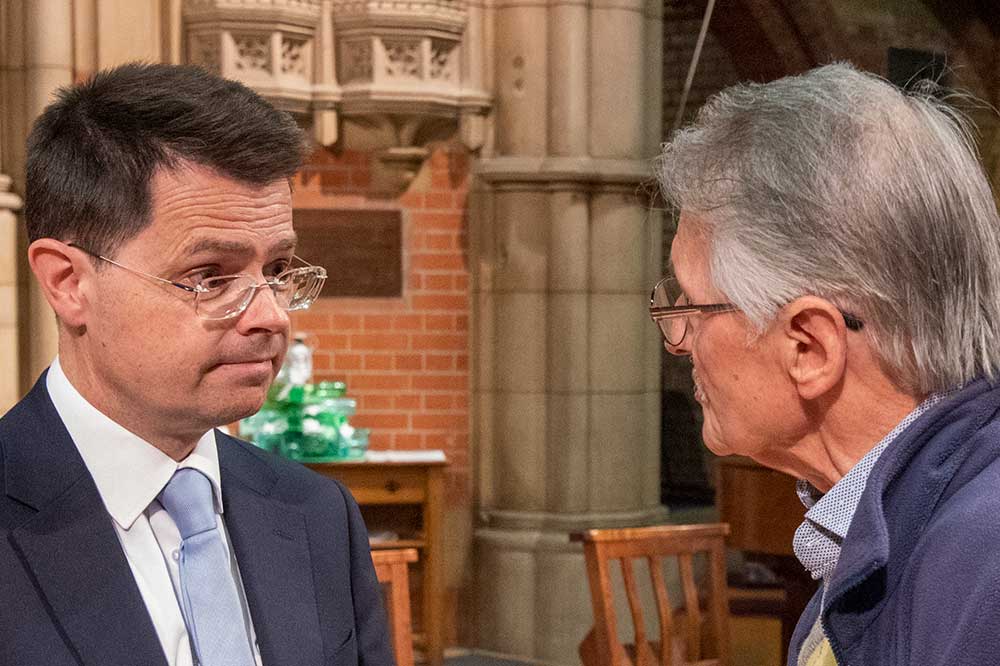 The man you might not recognise here is Elwyn Bryant, he of the ill-fated petition against quarter of a million pound salary packages in 2011. Rejected by a dishonest Bexley Council without a word of debate.

He has slowed down a little since but can still give politicians a hard time and was looking forward to attending hustings in Old Bexley and Sidcup but he heard nothing about them.

Taking the initiative he called the booking agent for a hall in Bexley Village and confirmed that there was a suitable evening available for £150 and proceeded to tout his idea around the local parties.

He found his own way to the Labour Party office where to quote, “a couple of youngsters looked at me as if I was mad”.

The Reform UK and Conservative addresses were closed so Elwyn resorted to the telephone. The Reform man was definitely interested and said he would call the hall and invite the other parties. 48 hours later Elwyn had heard nothing so he called Reform’s number again. The Chief Executive said he was not interested. Later on the first man called back and told Elwyn he had been over-ruled. The boss thought that if they booked the hall the other parties would boycott it.

Elwyn phoned the Conservatives’ office and spoke to the Chairman of the Association. “Very nice” was Elwyn’s verdict but it was still no go. She thought hustings should be organised by local charity or church groups. The Electoral Commission disagrees. Not enough time was the principal excuse which is one I heard from Labour myself.

That seems to be more than a little lame to me but maybe the time expended simply doesn’t cost in. In 2019 there were only 70 people present and only five questions permitted. A lot of preparation would have gone into that, time that could be spent knocking on doors.

He thought that Reform UK could “slaughter” the two established parties because it is the only one whose interest in the future of the country extends beyond potholes, commuter transport, cleaner streets and fuel duty.

He has a point doesn’t he? The big problem is in Westminster not Bexley.