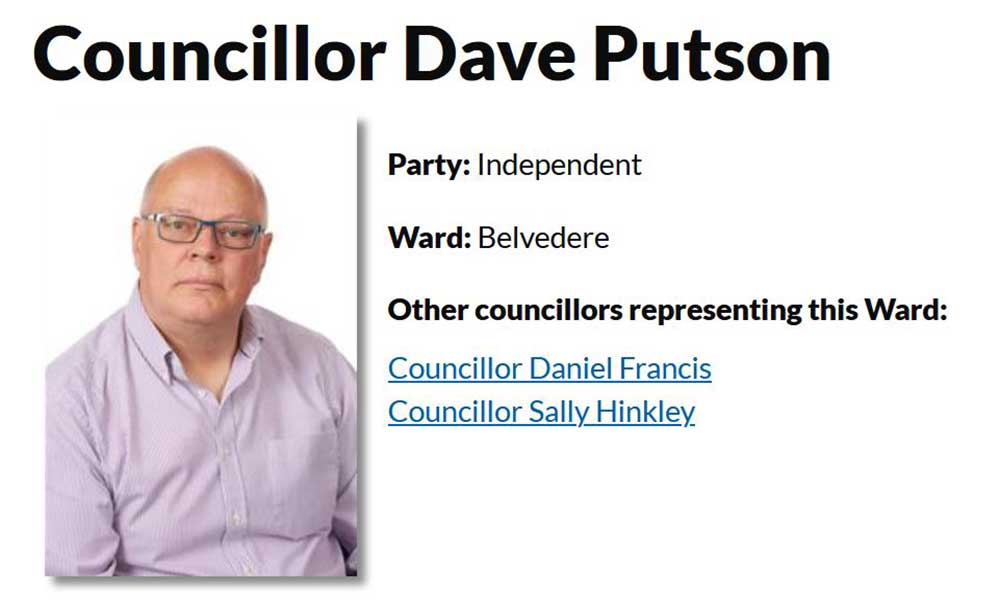 Most by-election comment has been about the Conservative campaign but one unstated thought has been where is the Labour support.

It comes from MPs and it comes from local activists including those whose hobby has been making mischievous and sometimes untruthful complaints about Councillors (and me!) but it does not appear to have come from Bexley Labour Councillors.

I have seen Stef and Nicola on the doorsteps but where has Sally, Brenda, Mabel, Esther and Dave been?

Some have full time jobs that might not be easy to get away from and possibly I have missed one or two of the publicity photos but the situation with Dave Putson is now explained.

He isn’t Labour any more.

Note: Shortly after this report was posted Twitter revealed that Sally Hinkley has been door knocking for Labour today.