Below is a list of zebra crossing sites in Bexley which the Council thinks are necessary but are not being provided. The list has been grabbed from Bexley’s published list of Freedom of Information responses.

Bexley Council has no money.

It was much the same 30 odd years ago when parents campaigned for a crossing outside Belvedere Junior School on Lower Road, Belvedere. That’s the one adjacent to Picardy Manorway immediately to the east of the Adsa store. At the time Mitchell Close on the other side of the school was Crabtree Manorway and a major lorry route.

The Council of the day was unhelpful but the parents set their target high. They asked for a Pelican Crossing and went to Council meetings. To capture the attention of the local newspapers - there were three at the time - the parents called themselves SKID. Save Kids in Danger.

At one of the meetings the parents exhibited photographs of the dangerously high traffic levels and the Chairman (the recollection is that it was the Mayor) chucked them out for their pains and Councillors continued in secret session.

Thanks to the bad newspaper headlines Bexley Council caved in and a compromise Zebra crossing was installed. The same one as can be seen today.

The leading parent campaigner carried on campaigning and he is now Councillor Dave Putson. Despite what it might seem like at times, Councillor Hunt was not Mayor in the 1980s. Don’t blame him. 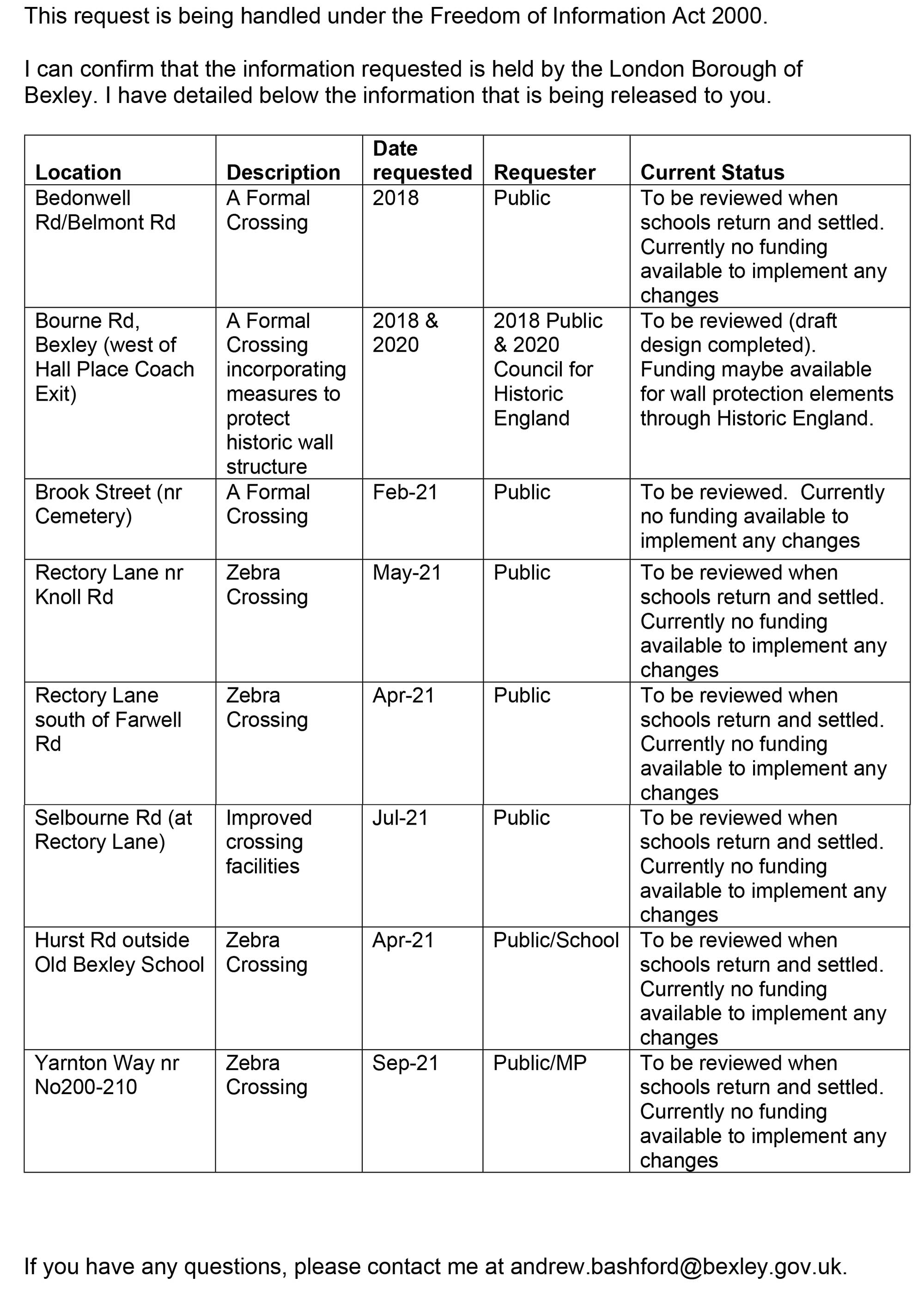