Local Conservatives were widely criticised for commencing their electioneering in Old Bexley and Sidcup on the day of James Brokenshire’s funeral but now that a week has passed politics has to resume - even before a by-election has been declared.

Last night Councillor Daniel Francis was selected to be Labour’s candidate. He was Labour Leader on Bexley Council until earlier this year and my understanding at the time was that he stood down for the sake of a quieter life. Clearly I was misinformed or life is dull when not fully occupied by politics. I wish him luck and support, if that is possible from far away Belvedere.

According to this morning’s Daily Telegraph Conservative haste goes beyond the local Association, it is national too. The Telegraph reports that Conservatives who submitted their application after James’s funeral will not be accepted on the short list of candidates. Because of that, early bird and former Eltham General Election candidate Councillor Louie French is the front runner. 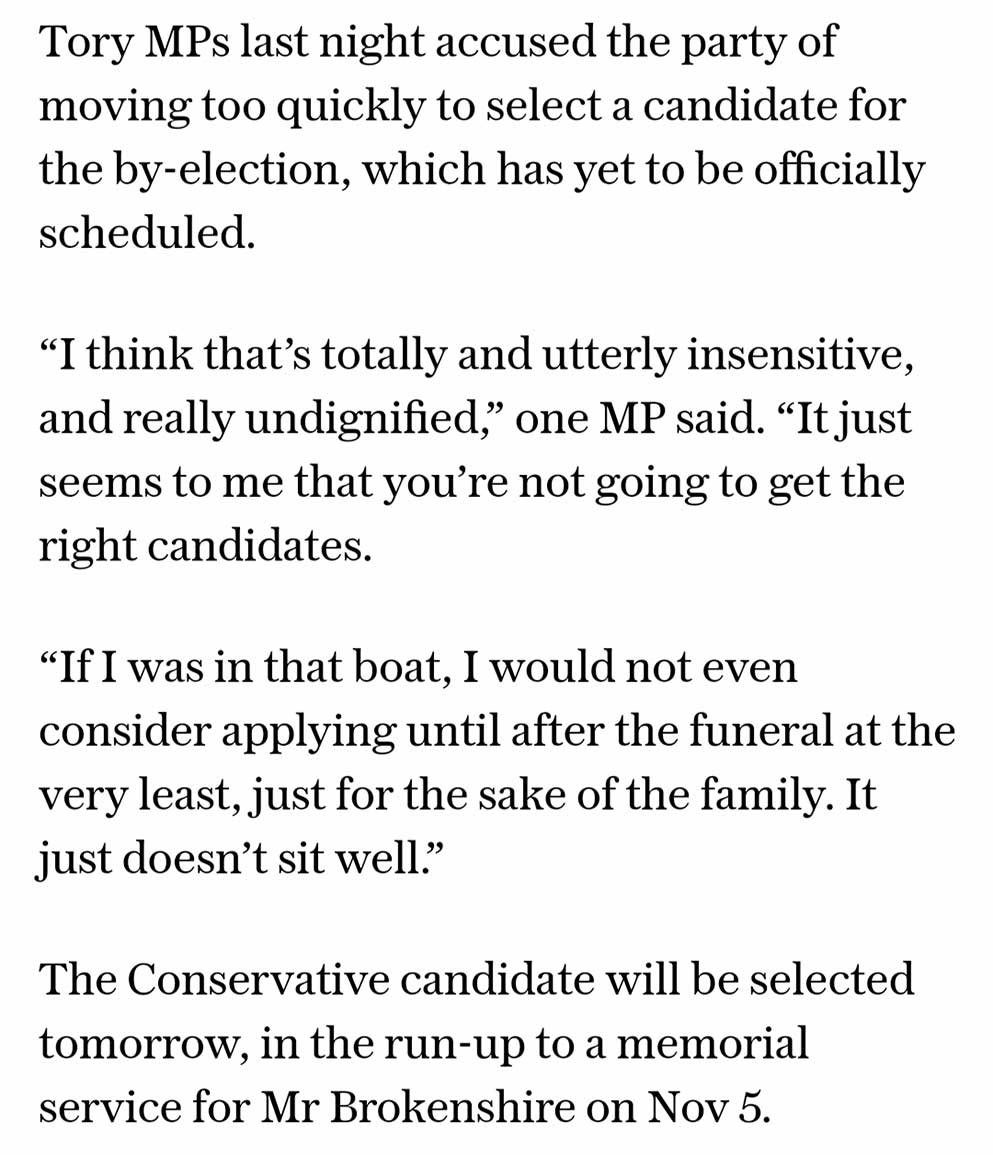 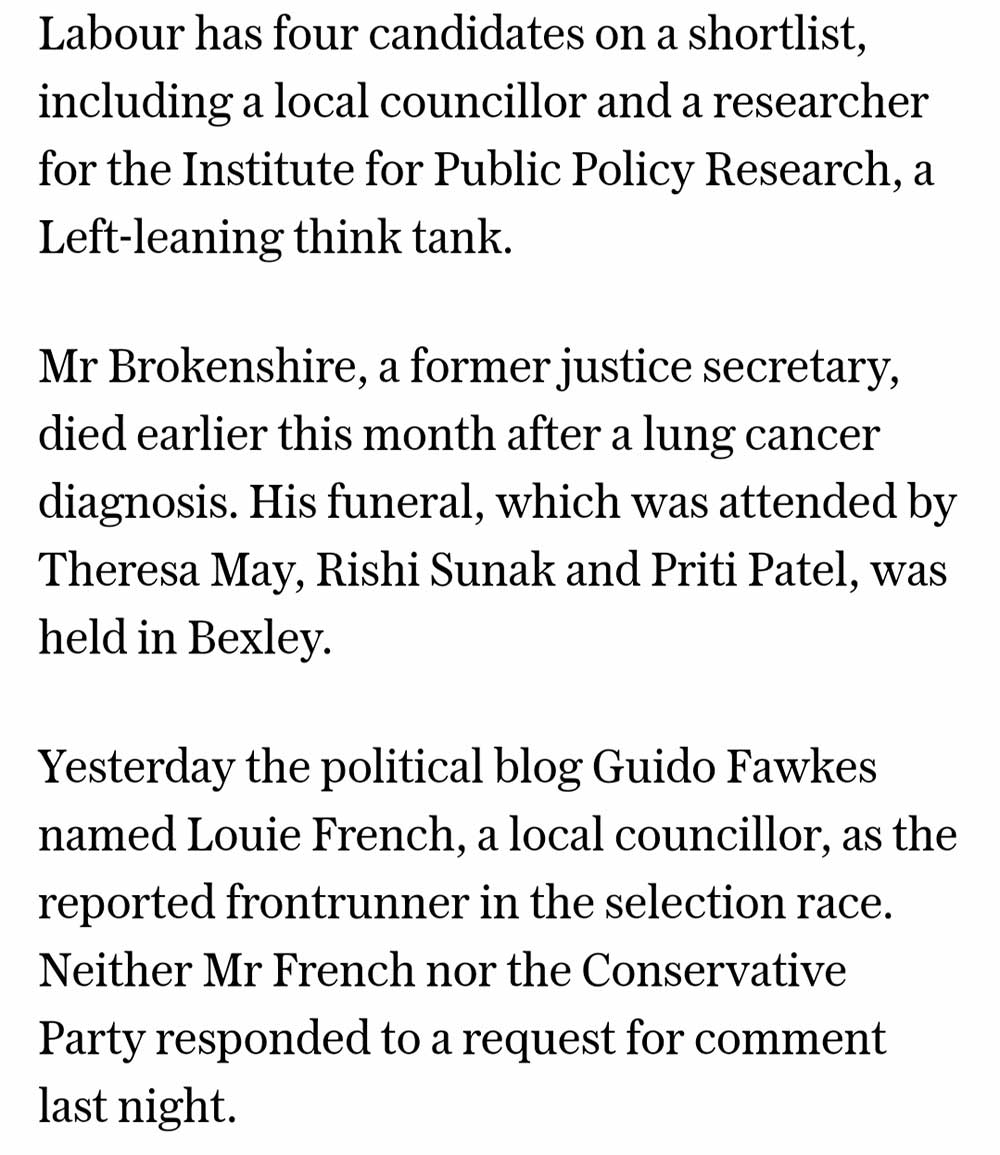 Louie was briefly Deputy Leader at Bexley Council but just like his predecessor quickly headed for the door when it became only too obvious that Bexley is an unmovable one woman dictatorship.