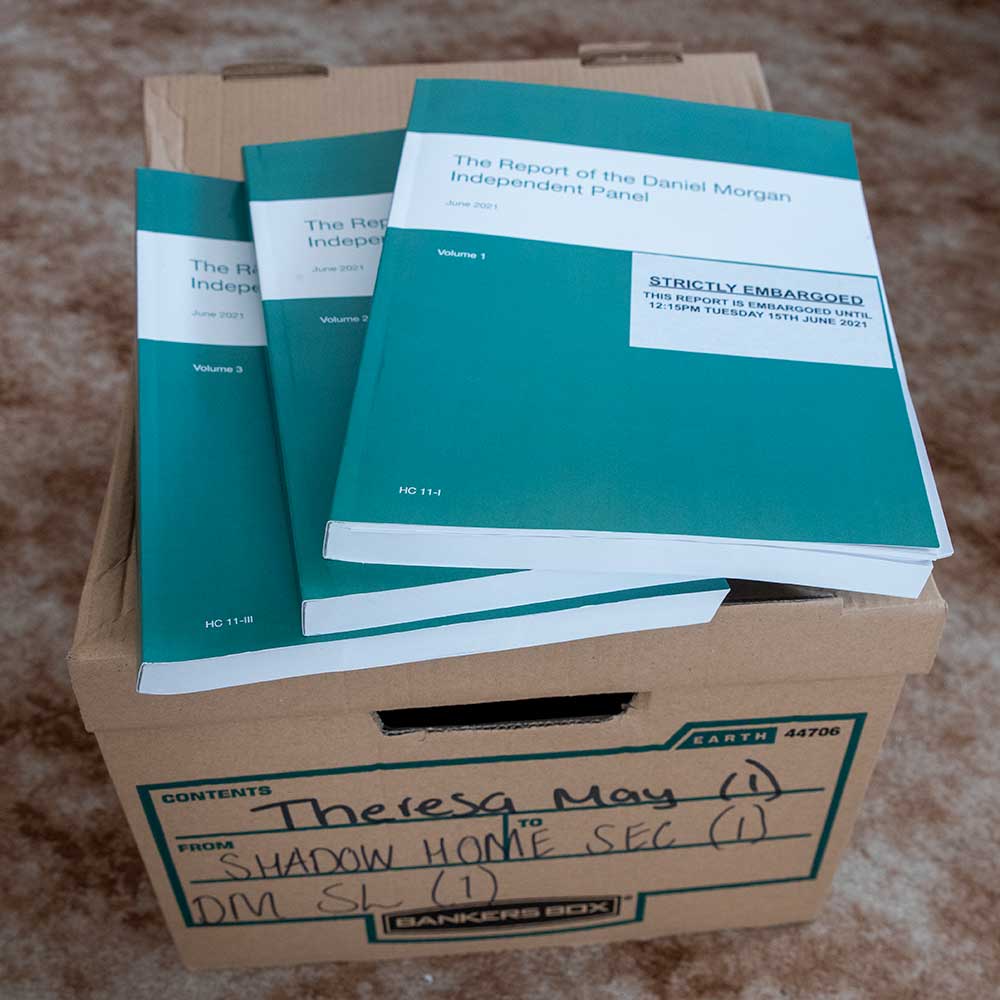 The Daily Mail would not be Alastair Morgan’s (†) first choice of newspaper, that honour would likely go to Byline Times and The Guardian but he told me when we last met a couple of weeks ago that the support received from a Mail journalist had been outstanding.

Last Saturday that journalist, Stephen Wright, wrote five pages for the Mail in which he detailed the mistakes and immoral behaviour exhibited by the Metropolitan Police over the past 26 years since Rachel Nickell was murdered on Wimbledon Common and the police framed Colin Stagg for the crime.

Once again Cressida Dick features prominently in the Nickell case, protecting the Met’s reputation is her top priority. Click on the associated image to see more of the same.

Yesterday Stephen was on the Mailְ’s front page with the headline MET CHIEF MUST GO.

Inside the newspaper there were eight pages of reasons why Cressida Dick is totally unfit for public office and a seventh on Page 16 by Stephen Glover. Commissioner Cling-On he calls her.

On Page 5 was a letter from seven of Dick’s victims, all of them with lives ruined in different ways. That letter is reproduced below.

How can a further two years in office possibly be a reasonable proposal? It is said to be supported by both Boris Johnson and Sadiq Khan. Why?

When the Council closed a Bridle Way without the required authority from the Secretary of State they attempted to justify it by claiming that free access was causing high levels of crime. They found a tame copper to provide them with such a report but a Freedom of Information request to the police revealed that there had been no crimes.

When a Scrutiny Committee Chairman was ill-advised to illegally exclude the public from a meeting Bexley Council sent out false briefings to the local press that I and others had been running riot in the Council Chamber - which might have justified the exclusion. The police report of the incident confirmed that no member of the public had done anything wrong at all. When the repercussions escalated Bexley Council had to prevail upon the police to rewrite their report. Michael Barnbrook obtained the ‘before’ and ‘after’ copies.

When Councillor Peter Craske was arrested by a new and unsullied Borough Commander for his ill-advised internet activities, the police were subsequently leaned upon to find some way to “resolve the situation”.

Following the complaint about this perversion the investigating officer at Scotland Yard told me in front of my MP that as many as seven or eight Bexley police officers could find themselves in serious trouble. However shortly afterwards his superior officer reported that none of them had stepped out of line by at first refusing to investigate the crime and later conniving with Bexley Council to look for reasons to undo the arrest.

The IPCC as it was then, stuffed full of former police officers, refused to accept the further complaint

Fortunately the link between Bexley Council and the Police appears to have become a lot less obvious since the BCU became centred on Lewisham.

† For new readers, Alastair Morgan is the brother of murdered Private Investigator Daniel Morgan and the 30 year partner of my daughter. The official report into the failure of the Metropolitan Police to solve the murder and subsequently cover up their failures were described as Institutionally Corrupt with Cressida Dick singled out for special mentions. She dismissed the eight years of work out of hand. The suggestion of corruption was “offensiveֲ”.

Boris Johnson is asked to restore trust in the police service.