I remember exactly where I was on 2nd June 1953; squeezed into a crowded room and glued to my Dad’s 12 inch TV screen while a sea of little noses was pressed against the window. There were only two TVs in the street of seventy something houses and ours was the biggest. 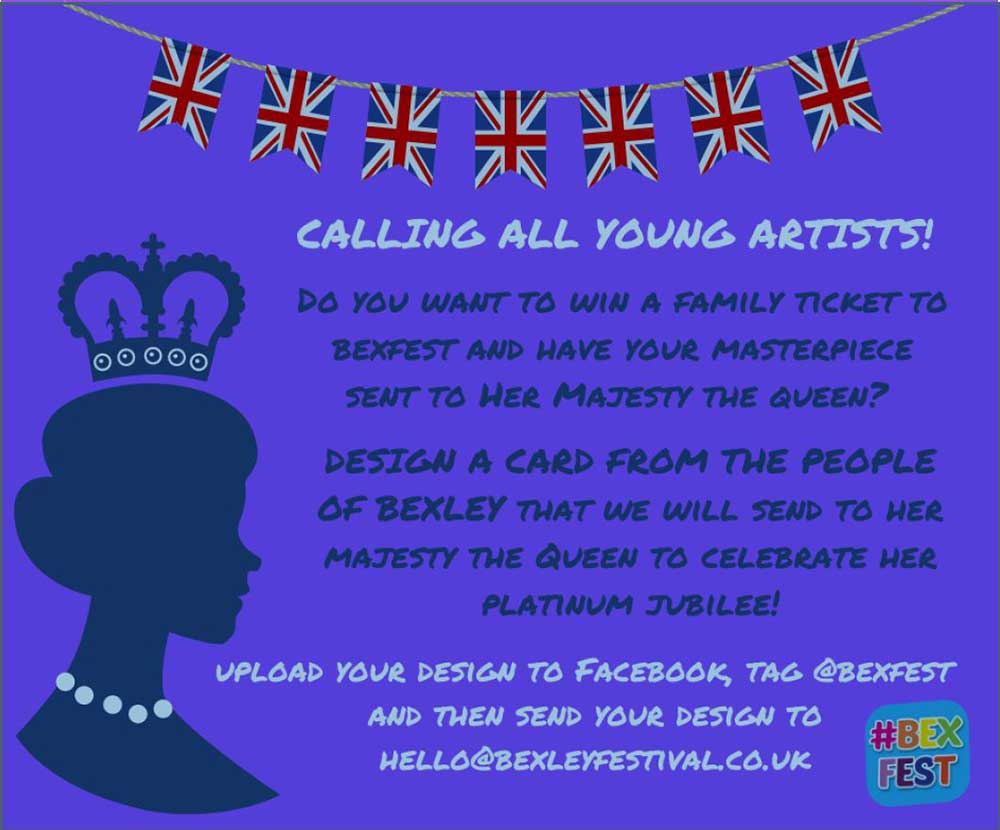 The platinum Jubilee celebrates the June date but of course references the accession year of 1952 and whilst I may not be as excited about it all as I was as a nine year old looking forward to the afternoon street party it is absolutely right that today’s young people should be given something to remember.

There will be beacon lighting in Lesnes Abbey park a week next Thursday (2nd June) and more festivities all day on the following Sunday.

The Welling Round Tablers led by former Councillor Danny Hackett are as you would expect keen to mark the occasion. Before the annual BexFest to be held in Danson Park on 18th and 19th June they are to run a competition for young people (under 18) to design a card to commemorate the Monarch’s 70 years of service to the nation.

Be quick, you only have ten days.

The winner will receive a family ticket to BexFest and the card will be passed on to Her Majesty.

Full details of the competition for card designers may be read here. (PDF.)