30 April - Pull the other one, it has bluebells on it 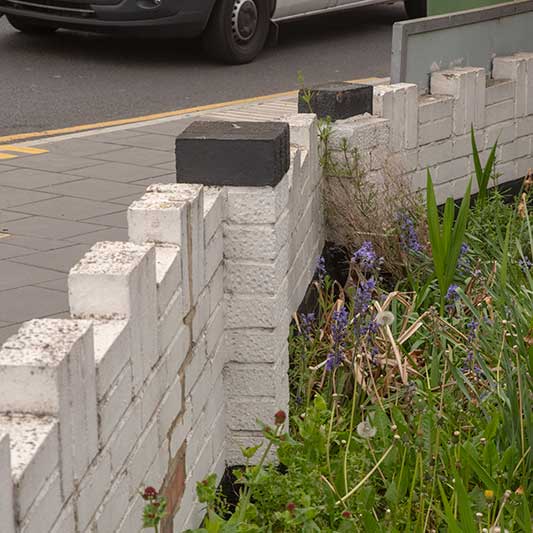 They grow in other people’s gardens too. The ones shown here are in the garden of the house nearest to the Townley Road roundabout, opposite Central Library.

Where you won’t see Bluebells however is on the Townley Road roundabout itself, that is just a weed patch more than a year after it was built. You used to see Bluebells there but not after FM Conway got their hands on it.

Perhaps that they don’t know that Bluebells are a protected species under the Wildlife and Countryside Act 1981.

They may not know but Highways Manager Andrew Bashford does because he has been told several times.

A vocal resident of Townley Road wrote to him when the old roundabout was destroyed to ask him to look after the Bluebells and was told they would be and replaced when the roundabout was complete. Work began on it more than two years ago and while construction inevitably ran well past the scheduled date it was completed more than a year ago.

Isn’t that enough time to replant the Bluebells?

My correspondent obtained a promise that the Bluebells would be back along with wild flowers in nearby verges.

Cockup or Bashford fib? It wouldn’t be the first time.

Note: The pictures were all taken following an early morning bus ride to Bexleyheath today, the B.O. smells on it were stomach churning. Bexleyheath is a place I try to avoid but while walking through town to Townley Road from Asda and then to the Clocktower bus stop I couldn’t help but notice how run down and shabby it looked.

Patched up footpaths and third rate shop fronts. The one opposite the Clocktower couldn’t make up its mind whether it was a newsagent, phone and laptop repairer, vape shop, cafe or beauty salon. It claimed to offer all those services.