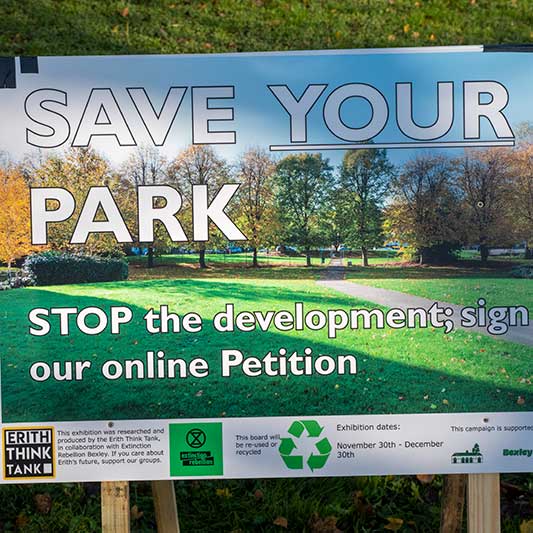 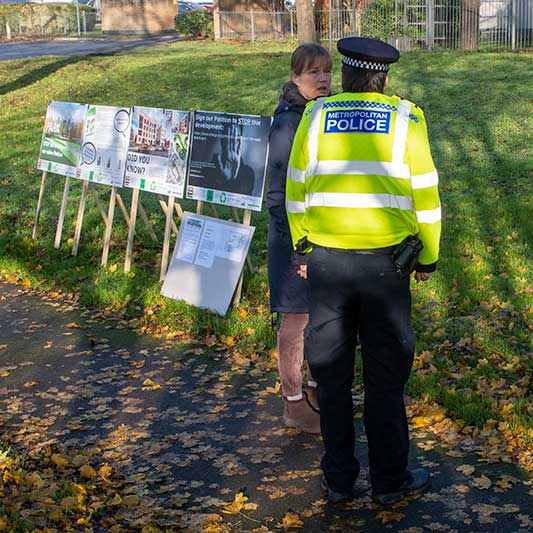 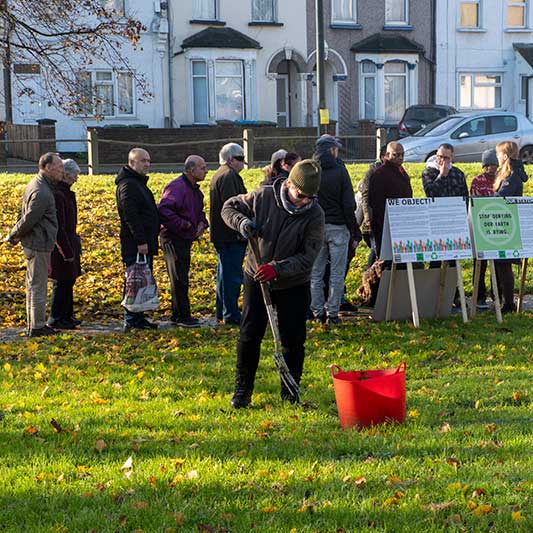 West Street Park is the green you pass on a 229 or 469 bus from Belvedere just before the stop for Erith Station. I went there yesterday on the invitation of Erith Think Tank whose people I have met two or three times, I was a little surprised to find none of them there. As far as I could tell the protest event was being run by Extinction Rebellion; as such the police soon showed up to see if they had any Super Glue with them.

I stood around minding my own business while imagining what the area might be like once Bexley Council has concreted over the only green oasis within somewhat grim surroundings. It wasn’t a pleasant thought but Bexley Council will not be concerned by that, no Councillor was sufficiently interested to put in an appearance.

I eavesdropped a few conversations, none of them complimentary but maybe some were misinformed. “They steal the land from the people, they sell it to themselves, quickly nod through the planning permission, build low grade housing, sell it and spend the money on improving Bexleyheath and Bexley” was the general theme.

There is some truth in it but maybe planning permission is not as easy as stated. BexleyCo, Bexley Council’s less than successful property developer came a cropper with their Wilde Road development. It was thrown out by the Planning Committee twice and wasted a great deal of money which so far at least is all that BexleyCo has been good at.

I hung around to witness the tree planting ceremony but it was a bit of a non-event. A hole was dug, some compost added and a small beech tree carefully put in place and nobody took any notice of it. 20 photos have been added to the Index of Photo features.

BexleyCo’s latest in a line of failed managing Directors is Graham Ward, he who has been signing the Traffic Orders for the past couple of years. I suppose the thinking is that his schemes have fleeced motorists out of a lot of money let’s see if he can work some sort of miracle at BexleyCo. The alternative is another Thames Innovations Centre/Engine House money pit.