Earlier today some Tweets posted here showed how those fearless keyboard warriors at @bexleynews thought it was well above their dignity threshold to engage in a pointless spat with a left-leaning student. It enhanced their reputation not one jot.

In response someone suggested that @BexleyLabour engages in similar tactics. I am not convinced that they are all that similar but certainly it provoked a row and I find myself trapped by a promise to restore balance. The Tweet that kicked it off is shown alongside.

There was also an allegation that a young Conservative had been touring Labour boroughs in London to photograph their piles of rubbish to maybe mitigate those in Bexley.

Speaking personally I see nothing wrong with that, it’s what I would do if there was a need to “prove” a point; but things escalated. 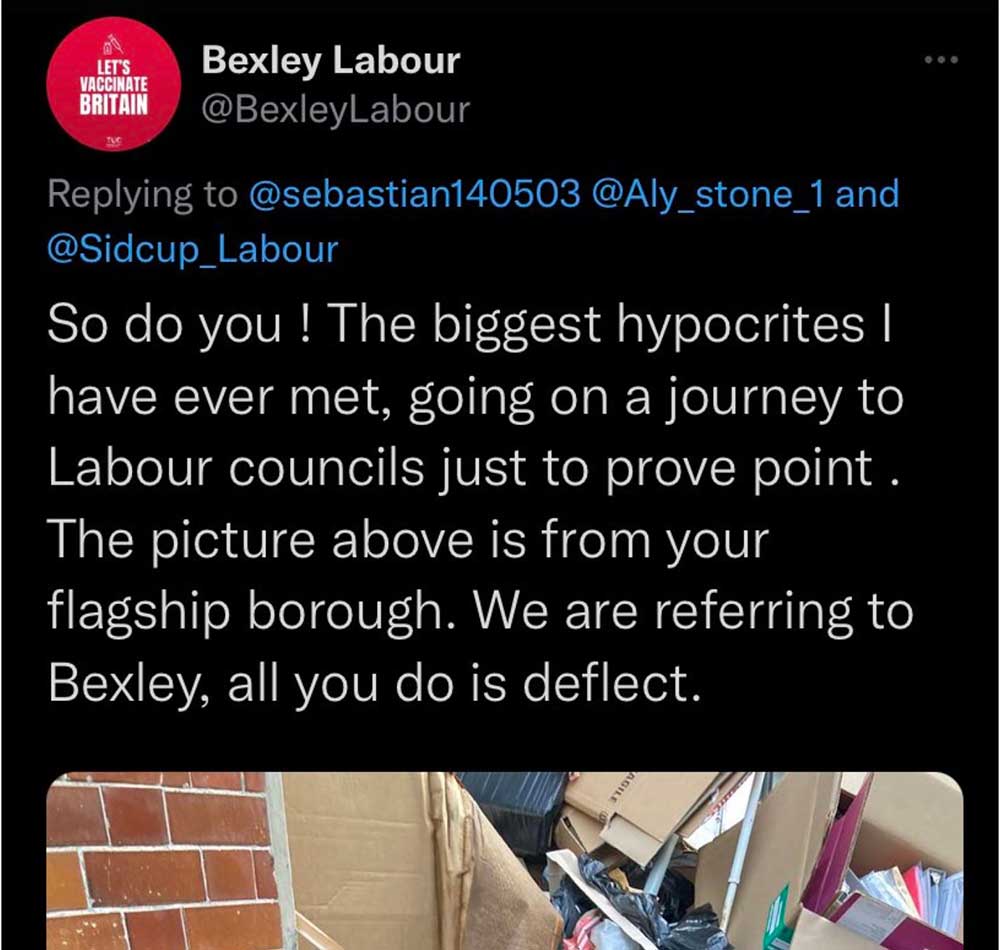 Labour’s adversary is a teenager and he felt threatened. “You’re being extremely creepy, now leave me alone.” It may have started in all innocence but it would have been better if it hadn’t started at all. It barely merits a mention here but a promise is a promise.