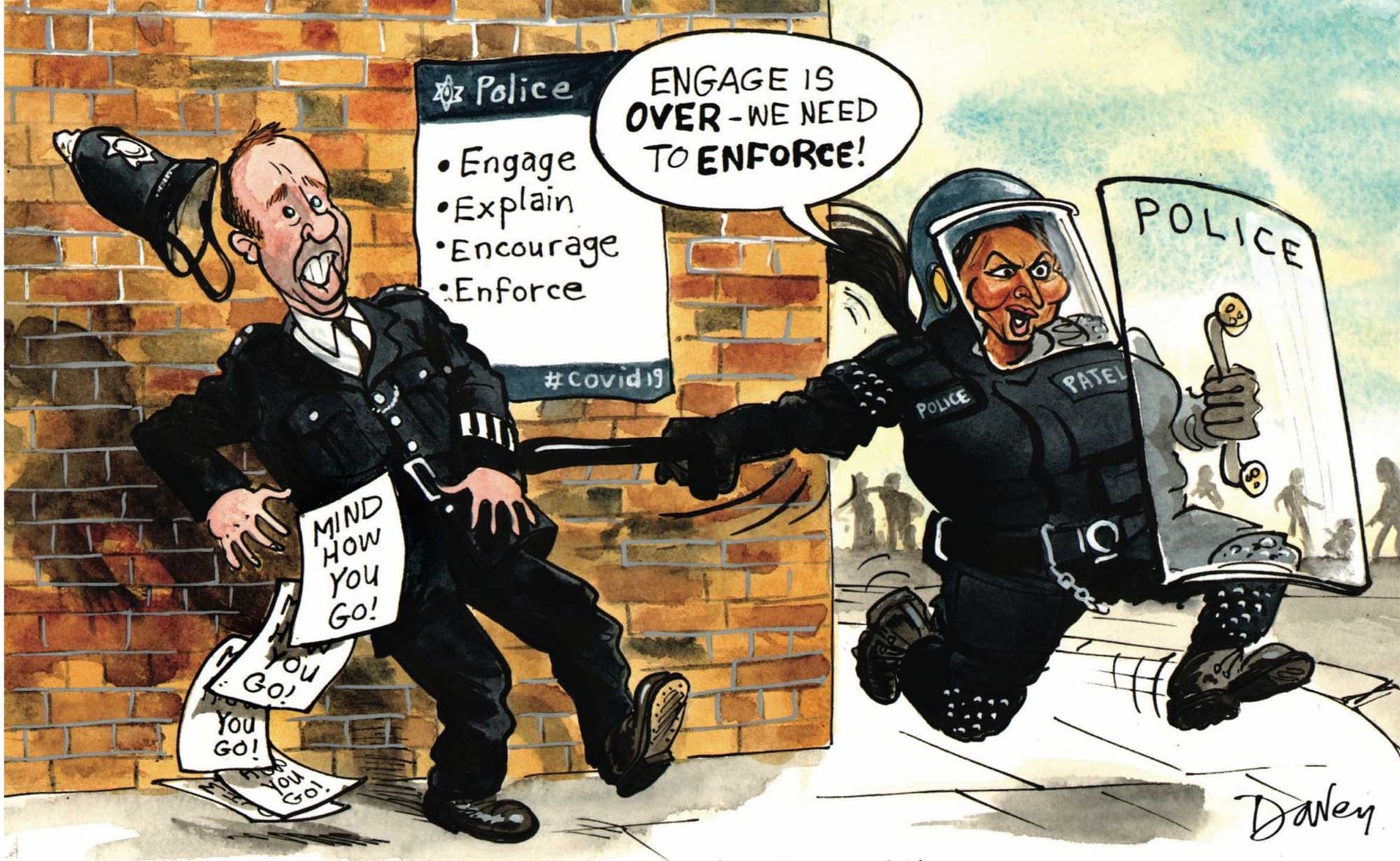 The number of people in hospital at present is undeniably at a critical level although recently the excess death statistics suggest that the cause may be non-Covid related. I do wish that government would be a little more honest with us instead of emphasising all the scariest statistics. For anyone that looks at them closely they may detract from the message.

If you ignore the alleged 93% false positive PCR test results there may be as many as one in 20 people in Bexley who have Covid-19 and the implication is that if you dare to step beyond your front door there is a dangerously high risk of getting too close to an infected person and you will die in agony.

They are trying to tell us that if I nip into a busy supermarket with 200 people buying their essentials, 10 of them will have the bug.

No they won’t. Government statistics say that only seven will have symptoms and they are very likely to be curled up in bed at home feeling under the weather to some degree or other.

The other three (30%) will be symptomless and if you believe they are a danger to society then the risk is much less than Whitty and Co. would have you believe. There can be no excuse for going out unnecessarily but it’s not as scary as Whitless would have you believe. I suspect he exaggerates and lies because he sees it as the only way to get the Covidiots to behave themselves.

Unfortunately those with more brains are likely to label Whitty a lying lockdown tyrant and gradually disbelieve everything he and his cohorts say.

I was aware that the PCR test is being used in a manner that its inventor said is not a lot of use, hence the massive number of false positives but I was not aware until this morning that the Lateral Flow Test which is quick but too often misses positive cases is also being misused. Bexley Council was quick off the mark to set up a walk in test centre and encourage the healthy to call in out of sheer curiosity. Now the Government is pushing the idea nationally.

This morning a university professor, at Bristol I think it was, said that if you go to the Lateral Flow test manufacturer’s website it says that their test should not be used to test apparently healthy people. It should only be used to test people who are showing all or most of the typical Covid symptoms thus acting as confirmation of what a doctor was pretty sure of anyway. It misses too many positives to be much and false reassurances are dangerous. Hence I suppose the recommendation for everyone to live as as if they are contagious.

No one should underestimate the seriousness of the situation in our hospitals but I have always objected to having liars in positions of power and right now we have one of the best at the top of the UK tree.

Caught in a care home - three (two inmates and one staff).
Caught in hospital after admission for something else - two.
Caught at work - one (hairdresser).
Caught in a pub - one.
Caught in a supermarket - one.

The last two are as suspected by the victims who had been isolating except for one outing. The pub victim was the one served by the landlady who went down with the bug next day. Two friends sitting further away were unscathed.

Overall there was one hospitalisation due to Covid and no deaths - if I ignore the suicide.

It looks like the lockdown will be tightened later today. The Covidiots have played into a tyrannical Government’s hands.