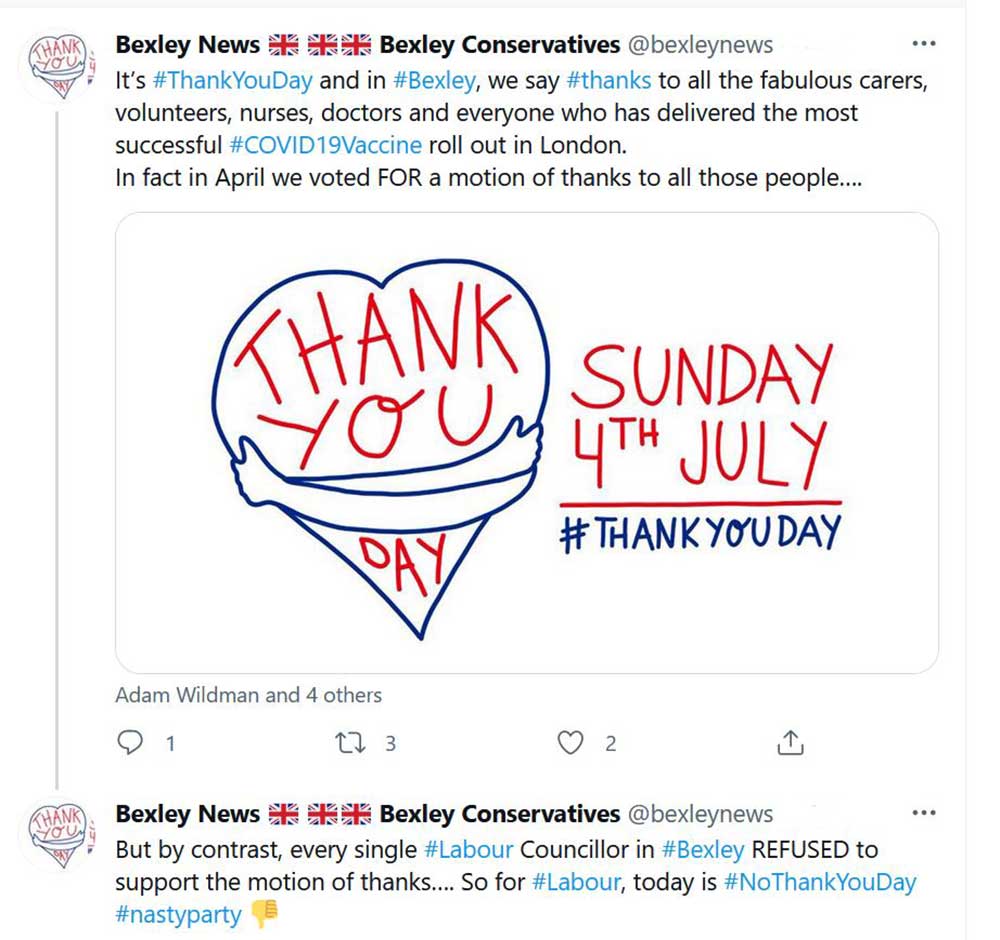 Bexley Conservatives are once again doing what they do best, deceiving residents. Today they are implying that Labour Councillors were against a thank you gesture for those who delivered the Covid vaccines to the borough.

That is of course entirely untrue. Lying has become a way of life in Conservative Britain.

On 21st April 2021 Bexley Council voted down a Labour Motion amendment that extended a proposal of thanks to the scientists who developed the vaccine and “all parties” and asked for NHS staff to be rewarded with a pay rise above 1%.

In my opinion, Labour Motions too often extend beyond the Council’s remit and there was obviously no way that Bexley Council was going to vote against their master’s edict as would have been required in this case. Where is the realism?

The Tories predictably were against extending thanks beyond Bexley and probably it was the correct decision but any suggestion that Labour Councillors were against a thank you gesture is simply wrong. They wanted more than any Council could provide which isn’t “nasty” as the nasty anonymous individuals behind @bexleynews who specialise in deception have stated. Clearly it is them who represent everything that is nasty.