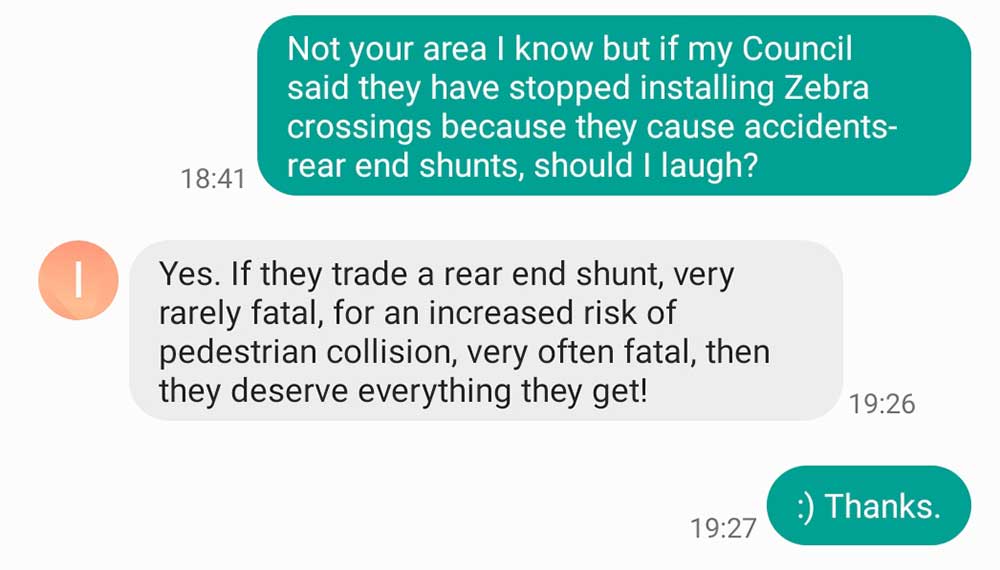 The afternoon has been whiled away exchanging Twitter comment about Bexley Council with like minded residents and much of it centred around road crossings of various types.

Bexley Council is reluctant to install Zebra Crossings because its mismanagement has bled the coffers dry. To justify its position the Highways Manager told Councillors that they cause more accidents than they prevent. I heard him give the figures myself and the report of it was referenced on the Twitter exchanges today.

I have probably mentioned it too many times before but my son used to be Chairman of the European Union’s Committee on road safety which I think probably trumps Highway Manager Bashford’s position. He has moved on to autonomous vehicle design since but nevertheless I sent him a cheeky text message.

The response is probably self-explanatory. Once again it is a polite form of Bexley Council is Bonkers.

Don’t forget that after he BS’d me with more idiocy ten years ago Bexley Council promoted him. It’s little wonder that Bexley Council has been steered ever closer to the rocks.