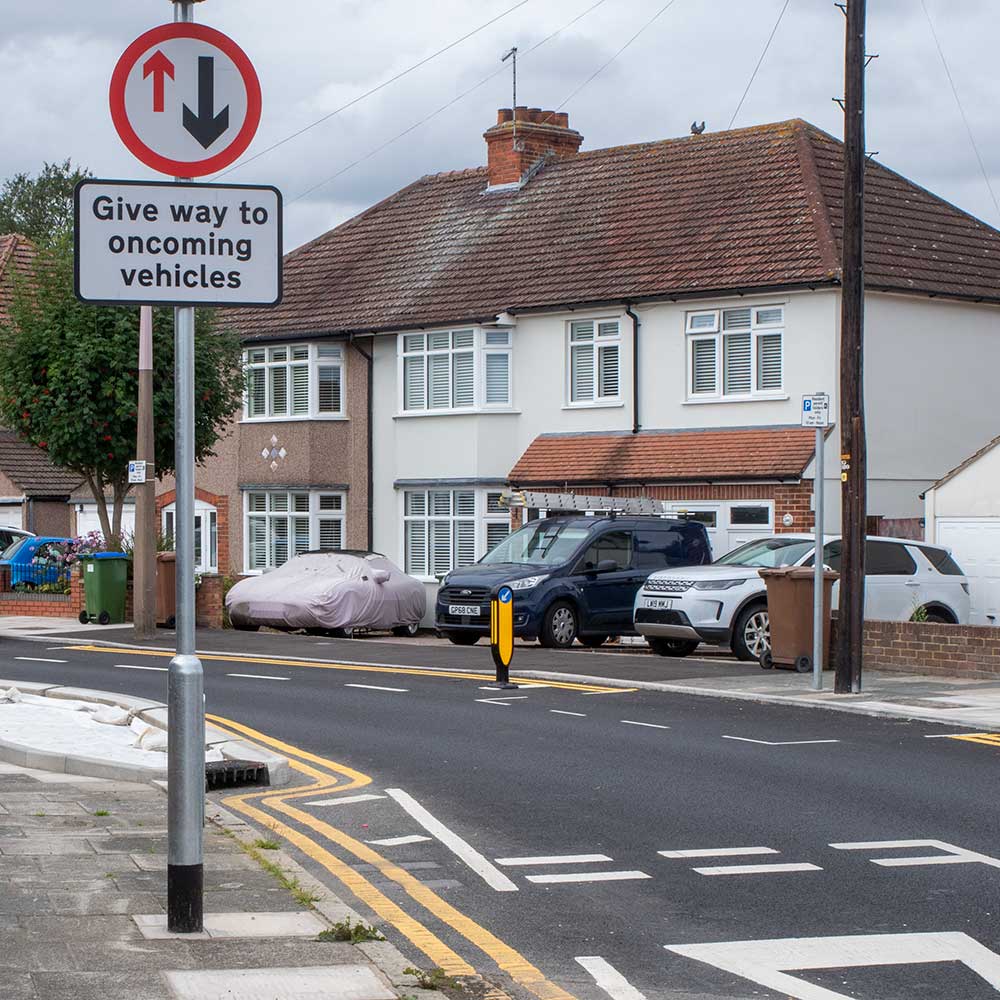 It would be a shame to leave the subject of Bowness Road without having a word with the former chairman of an EU Committee on road and vehicle safety to see if he had any thoughts on Bexley’s Highway Bunglers. On another occasion the verdict was that he wasn’t sure whether Bexley Council was incompetent or malicious to which I added “probably both”.

This time I was reminded that it was a long time since he represented Britain in that capacity in Brussels and he had since directed his energies almost exclusively to vehicle safety. Nevertheless I received a lengthy and detailed report of the sort which might in other circumstances be sold to a Government Department. It will take some time to digest it but it does look as though Bexley has once again ignored Government Guidance.

A more detailed analysis may follow, meanwhile I found some of the general chat interesting. Maybe you will too.

Instinctively, that scheme does look too close to the bend and the junction and driveways part way through represent extra hazards.

There has been for many years in highway design a school of thought that reducing the driver’s ability to see a hazard makes them slow down and take more care and in some circumstances there have been studies to say it works. However, everything we do in vehicle design would say the opposite, you try to maximise the drivers chance of seeing and correctly responding to a hazard.

In vehicle design we get the argument don’t make the vehicle safer cut crashes by putting a spike on the steering wheel not an airbag and people will slow down and take care. That has been proven nonsense.

I have never liked that approach to infrastructure. Highway design is no longer my area but I am aware of something called stopping sight distances which are used in infrastructure design to assess the lines of sight needed given different speed limits/traffic speeds. It would be interesting to see what they said when applied to situations of drivers approaching the give way to give priority and when they could see an oncoming vehicle as well as people emerging from the junction (†) who now need to look the ‘wrong way’ for a possible hazard when turning left.

They don’t appear to have followed the advice given in the Department for Transport’s advice to Councils.

That point about improving visibility in vehicle design is a good one isn’t it? If designing highways such that people cannot see well is a good idea, why not replace windscreens with portholes and allow licences to drivers with poor eyesight?

I feel a Freedom of Information request coming on to see what got into the Highways Manager’s silly head.

† Drivers emerging from Silverdale Road will instinctively look right and may turn into traffic from the left on the wrong side of the road. No one at Bexley Council will have been bright enough to think of that.