I have given some pretty lame excuses this month for a dearth of blogs of any consequence so I thought I should come up with something better. There was only one more screw to put in the garage wall to complete the fibre conduit to my router. I was out there by 8 a.m. because I had a freebie ticket to a rugby match in the afternoon. 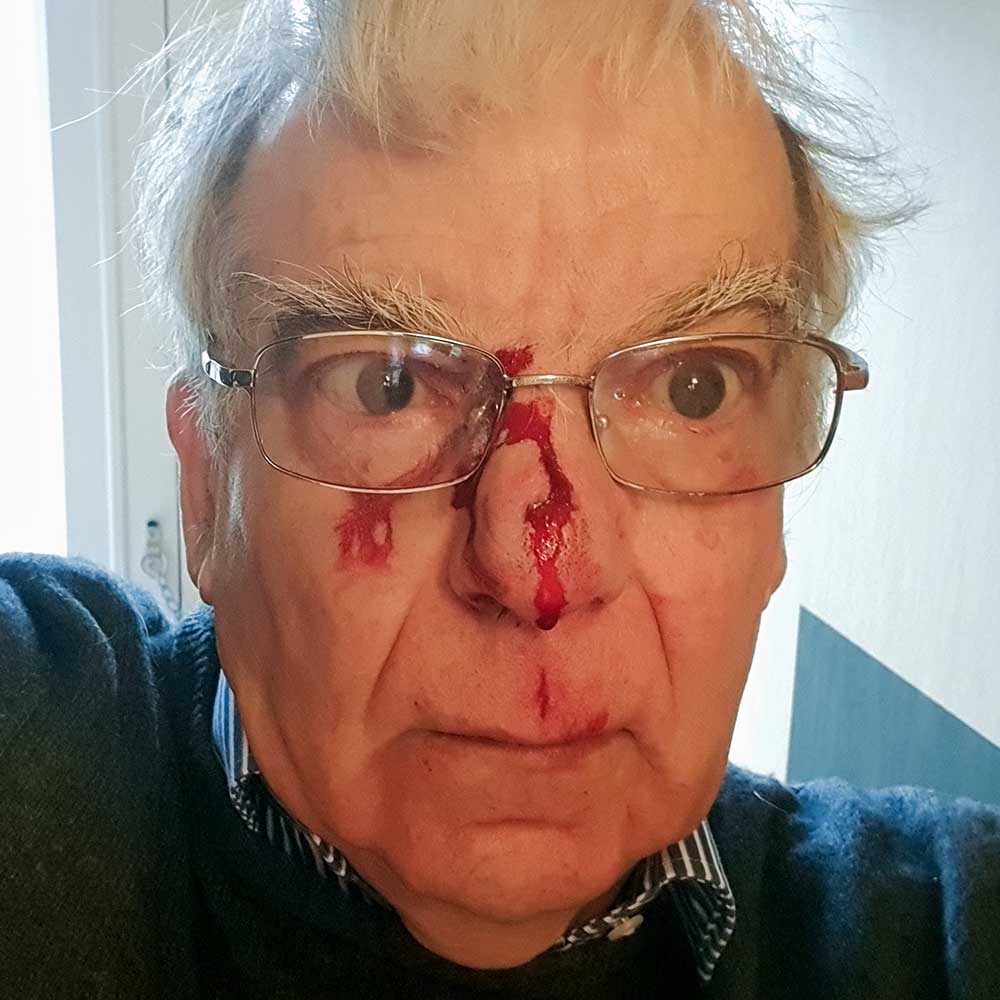 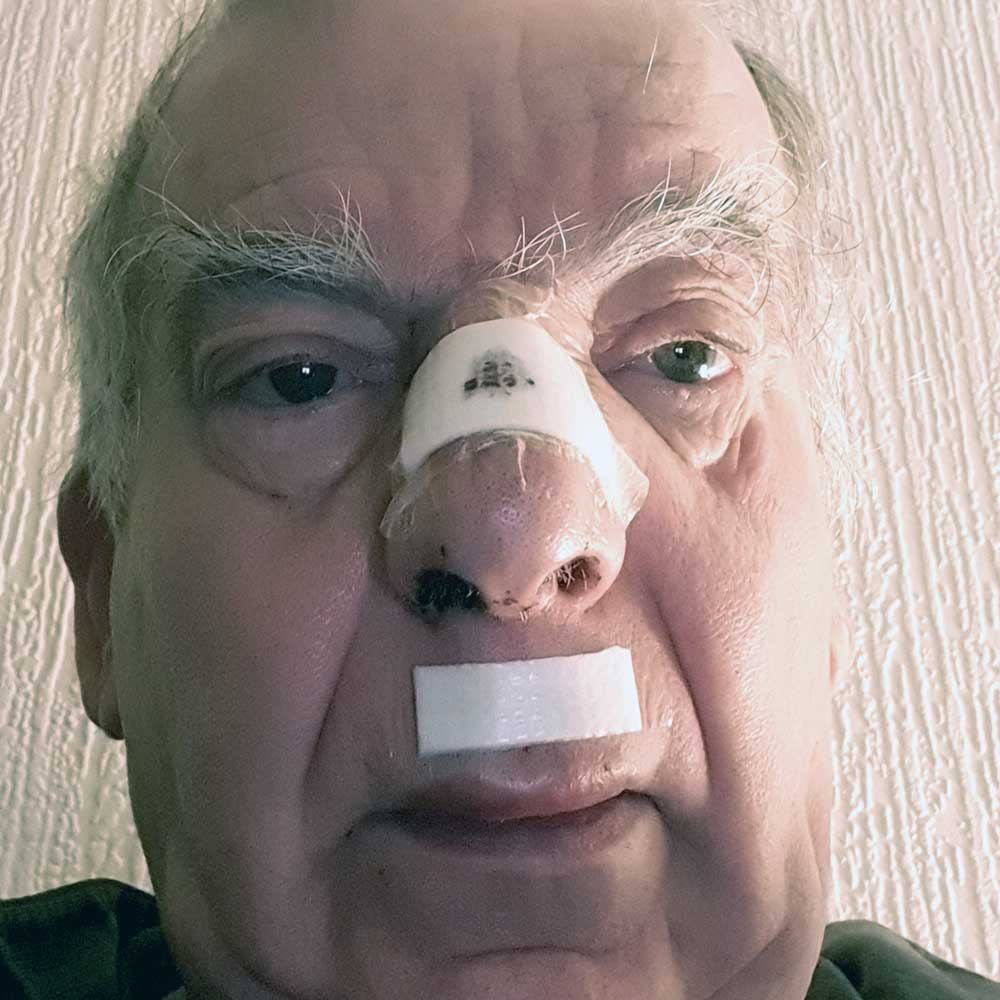 I was up a wooden ladder which I have been using regularly since 1961. An extending thing that folds in the middle. It only gets used in the garage because there is not enough height in there to use the big gutter cleaning ladder and the modern aluminium step ladder is not always high enough. The wooden ladder is in perfectly good condition.

It was extended by only one rung and resting against a rafter. As I leaned over to drive a screw into a wooden roof support, the ladder crashed to the ground, me with it. I have since worked out exactly what caused it and arguably it is a design fault that will cause a collapse only in one particular circumstance. It has taken me sixty years to find that fault.

Fortunately there is a lot of old timber strips on the garage floor which are usually straddled by the car. They bounce around slightly if walked on so provided a relatively soft landing place.

The real problem was that my right leg was through a rung space and trapped by the scissor action of a collapsed wooden ladder and it is heavy. I assumed by the intense pain and the way my leg was twisted that it must be broken but it wasn’t and after getting my breath back managed to crawl indoors leaving a pool of blood on the floor.

The ladder had dragged down a box full of old AV cables which may have fallen on my face. Hard to be sure, falling about four feet to the ground does not give a lot of thinking time.

A neighbour drove me to Erith Urgent Care Centre where, let’s just say they were absolutely useless and sent me to QEH A&E.

QEH triage sent me to their Urgent Care Centre and after about an hour’s wait I was patched up by a nurse who was in on her day off. There is a sticky plaster the size of a dinner plate on my leg covering an iodine impregnated pad but I think it looks, and feels, worse than it is.

My nose is cut down to the bone but it is the leg which is causing problems. Very painful, doesn’t want to support me and I am hobbling on a walking stick. The deep nose cut warranted a tetanus jab and antibiotics for a week. I was lucky not to have broken my leg, hit my head or lose some teeth. My mouth is internally cut and sore.

As is often the case with the NHS, the medical services are excellent while the admin leaves a great deal to be desired. Only two people were allowed into the triage area and it was already occupied by a lady waiting for her lift home, so my neighbour was not allowed to help the leg hobbler in. However once triaged I was able to sit cheek by jowl with 100 others for three hours and 14 minutes - the predicted A&E waiting time. The Urgent Care wait was much shorter.

So there we are; a badly bruised, swollen, cut and very painful leg and I won’t be keen on running upstairs to the computer more often than necessary. A pity because I was building up to a feature on our wonderful Prime Minister.

In recent months I have expressed the hope that he would ultimately be totally humiliated by the corruption and sleaze, his imposition of £10,000 Covid fines on people who do exactly what he does himself and most of all because he is not a Conservative.

Now that we have reached that stage I am not at all sure I like it, partly because I am too soft and don’t like seeing anyone in such a situation but mostly because there is no obvious alternative.
,
Reader submissions have brought me news of what our local politicians may be thinking. Councillors and MPs but it will likely have to wait until my head is fully functioning again. Did I mention that three typing fingers were slightly crushed and plastered up?

Meanwhile I have 30 metres of fibre optic cable to drag through my new conduit; by Thursday at the latest.