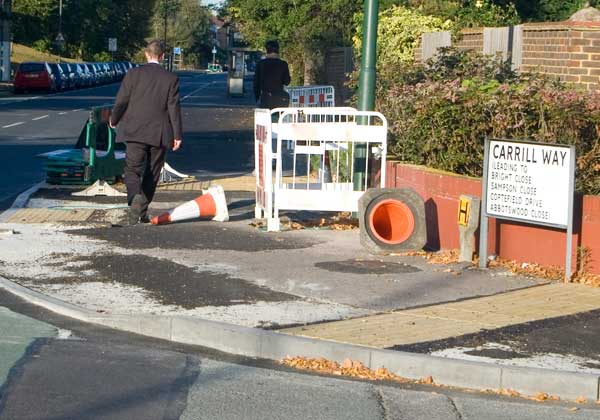 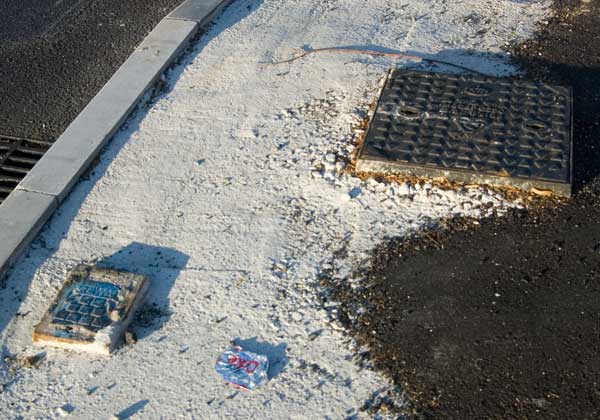 For two months in excess of 30 trip hazards of more than an inch high could be found in a 120 metre section of Abbey Road. 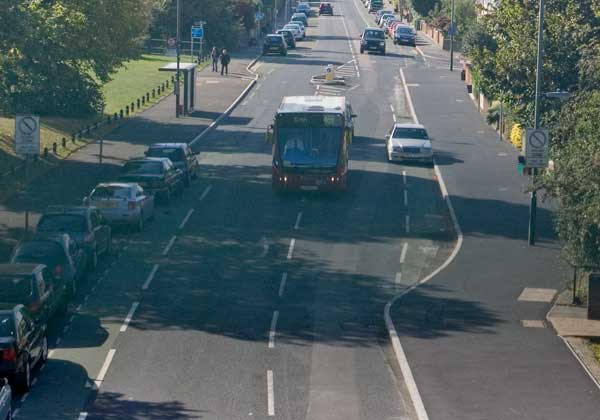 Through the security screen of the Lesnes Abbey footbridge a 469 bus is seen straddling the centre line as it negotiates the double chicane. The parking area to the right has not yet been marked as shown on the council’s plan and even with only one car there it is a hazard and the scene of an accident. 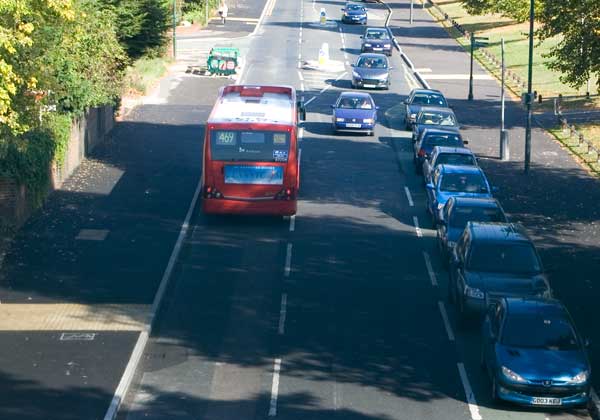 After the long straight section from Belvedere a new hazard introduced by the ever-considerate bonkers Bexley council. 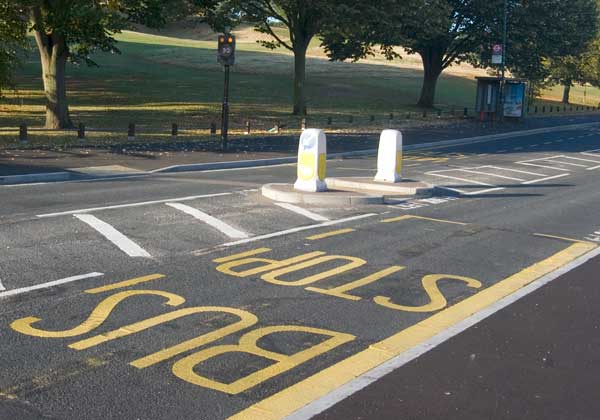 Bonkers again! Buses stopping here have already caused unnecessary tail backs.
Note the flashing 30 sign as traffic is not slowed by the recent road narrowing. Ignoring the detail of the T.R.L. reports is likely to make the promised speed reductions elusive. 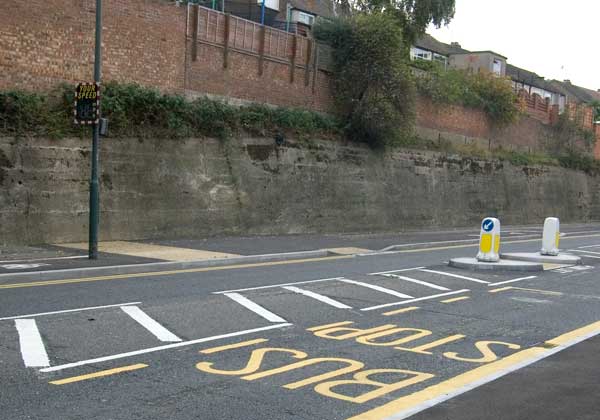 And in case you think Bexley’s incompetence is a ‘one off’, here’s the next bus stop along the road. I don’t like the look of that 20 foot brick wall either. I thought Bexley’s priority was to make cyclists safe. Let’s hope they wear brick proof hard hats while pedalling along the footpath. 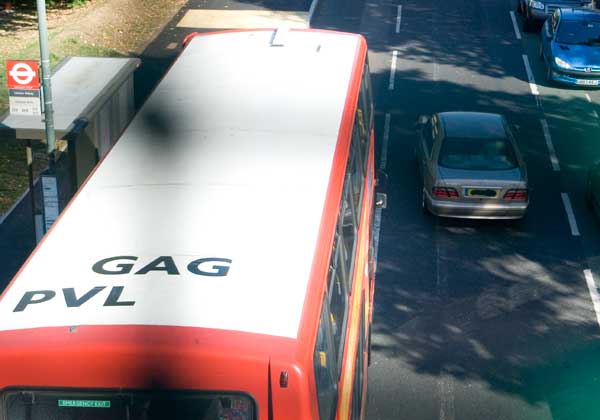 There is no longer room to safely pass a bus. Safety of motorists, pedestrians and bus passengers all sacrificed to the benefit of cycling.
Councillor Davey, Vice-Chairman of Bexley’s Traffic Scrutiny Sub-Committee said on 7th May 2005 “I have never seen any in this road.”