The past 24 hours have seen reports on a variety of subjects, some trivial, some less so. Thanks to the Councillor who suggested I try Vision Express for an eye test. I did and they haven’t any appointments available until the end of May. I had a feeling it was a misbehaving website but that is what it kept telling me so I got nowhere. So did my friend in Orpington. I had sent him back to his optician armed with a copy of the 1989 legislation but he was told the Act was suspended by the Covid regulations. They prohibit the exchange of paper documents so it is not possible to give him a prescription. Bromley Trading Services here we come.

Longlands Byelection
There has been an unseemly Twitter spat over recent days with the usual Tory bullies stating categorically that Labour Candidate Dave Tingle’s first leaflet made a personal attack on his Tory rival Lisa Moore. I couldn’t quite see the point myself. All Dave had done was quote from the lady’s LinkedIn profile and imply that her reference to the NHS was to gather the post Covid sympathy vote. Biased as I am against Conservative bullies I was inclined to take Dave’s side.

Then he came out with this. (See Photo below.)

What has Longlands Councillor Andy Dourmoush done to deserve that? Did he really say that that sign was legible?

Time to call in some favours with a Council contact or two.

As far as I can discover from Bexley sources there had been complaints about street name signs in Longlands including the four, presumably, that adorn each end and both sides of the strangely named Langdon Shaw. A Council Officer was despatched to inspect Langdon Shaw and Upperton Road and reported back that all the signs were in decent enough condition.

Now look at that sign again (picture below) and notice the little arrows. It is not a street name plate as such, it is a signpost that points towards the aforesaid roads. The Council Officer missed it because he was sent to inspect something else entirely.

The Council Officer made his report to the Councillor, Andy Dourmoush presumably, who accepted his word. Why wouldn’t he?

It’s a storm in a teacup but there cannot be any doubt that Labour Leaflet number two is personal.

For the record a new sign is on order.

I haven’t got a vote in Longlands but if I had one I might be leaning just a little bit towards Lisa at this moment. On the other hand Bexley badly needs more opposition and my (GLA) voting intentions are volatile to say the least.

Another thing… Am I alone in thinking that mapping potholes is on a par with the price of wallpaper in Downing Street? Potholes are definitely a menace as I am reminded every time I drive on the wrong side of the road to avoid several close to home but if they are the biggest problem to be found in Longlands Andy must have done a reasonable job for his residents. Like successfully fighting Sadiq Khan over a bus stop being installed where it wasn’t needed and where no one wanted it.

Now I had better redress the political balance if I can before I get any more complaints.

Jockeying for position
It is the time of the year for Conservative Councillors to squabble among themselves to see who can be top dog. There are clearly two factions in Bexley. Pro and Anti-Teresa but the latter grouping may be inclined to split their votes such that she scrapes in again every year.

Rob Leitch became her Deputy in 2014 and once he got his feet under the table was a breath of honest fresh air and then suddenly he was gone. Resigned not only his Deputy Leadership but didn’t try to be re-elected either. Someone was seriously disenchanted.

Now Louie French is following the same path. In just a few days time he will no longer be Teresa O’Neillְ’s Deputy and come next year’s election, who knows, but I would put a small amount of money on him standing down.

Rob Leitch told me why he had given up on working with Teresa O’Neill, not in any great detail, but enough for me to be reasonably confident of my suspicions.

Who will take over as Deputy Leader? Well it can’t be either of the Dreadful Duo can it; if they stood a chance one of them would have been appointed years ago. There’s only one Councillor it can be. David Leaf. Council meetings will go on for ever.

The other job up for grabs is the Mayor. It seems to me that James Hunt had a very rough deal this year, Covid restrictions and all that. If there is any justice he should be given a second crack of the whip. Should I put my faith in justice in Bexley? More likely they will deliver me Councillor Clark again. She of the ‘ABC of Chairmanship’ to be shoved down the public’s throat at every opportunity. Fortunately she leaves it on the bookshelf when chairing Transport.

Labour Leader Daniel Francis is leaving his elected post too. Will Mabel Ogundayo want to replace him? 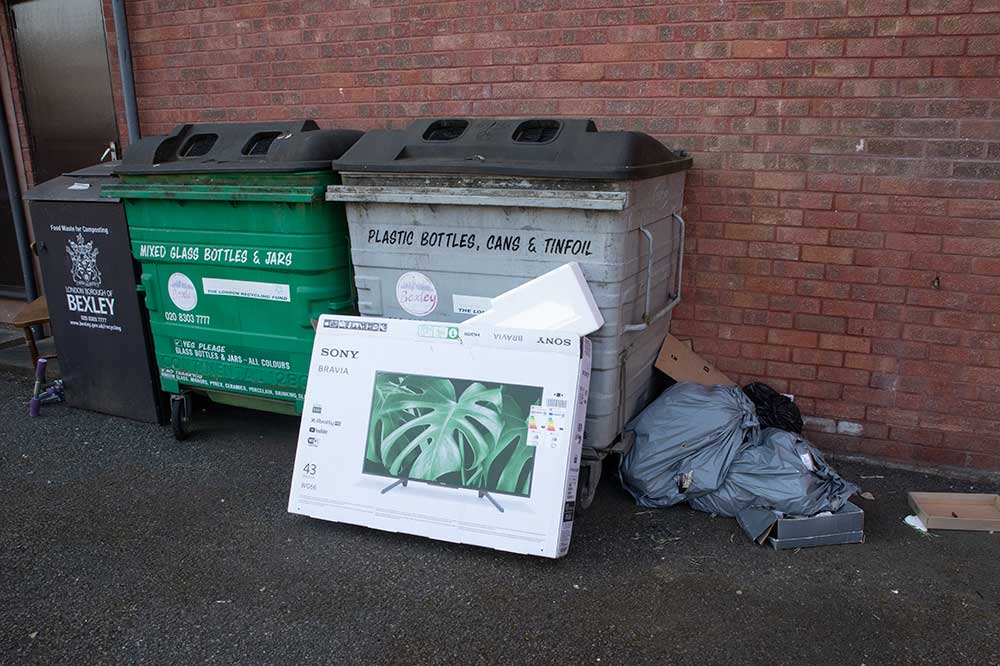 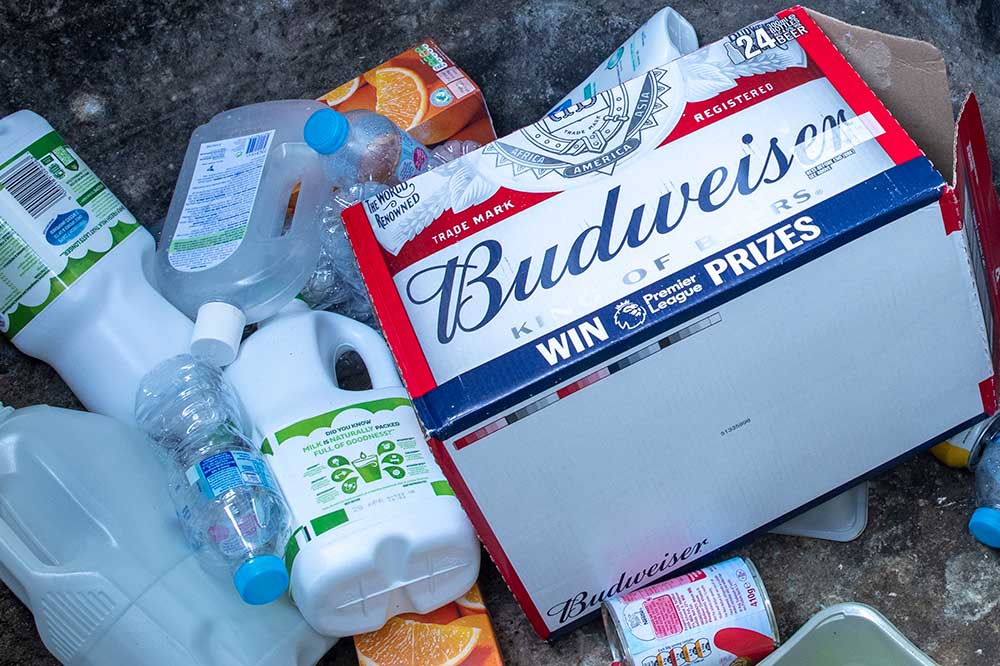 The road I live on is a bit odd. It has got a stupid name which I have had to spell for disbelievers a trillion times and one side of it is very different from the other. Small detached houses opposite flats and terraced houses. That is why the numbers are consecutive rather than alternating on opposite sides.

All of them were built 34 years ago, a simpler age when each house was expected to survive with only one dustbin and not the five colour coded ones we have now.

Consequently the flats were provided with space for one bin each and there is nowhere for extra bins to go. To compensate Bexley Council placed communal street style bins in their car park. However a month or two ago Serco stopped emptying the paper bin which then overflowed.

Bexley Council took it away and it has been missing now for nearly two weeks so for the affected residents the paper recycling service has been effectively suspended. Inevitably the paper went into the plastics bin but it was nevertheless emptied. Photo 2 shows it beginning to fill again.

How long before the full service resumes? Can there be any excuse for not replacing the missing bin immediately?

With some justification Bexley Council is proud of its Library Service. In the Tories’ 15 years in office they have closed the mobile service, cajoled voluntary groups into running libraries for them and cut the opening days and hours; but in the sense of putting up the shutters permanently libraries have been kept open. Except that they haven’t.

In Bromley all the libraries are open today. Same in Greenwich, Lewisham and Dartford but in Bexley they are shut.

The excuse? Covid. What else?

Why were library staff put in harm’s way by turning them into Covid Testers? I don’t know but whatever the reason how did all the neighbouring boroughs manage things so much more effectively?

Bank Holiday DIY. A recommendation
The 1st May blog is ready to go but there will be no more ramblings for a while as I must return to a long term DIY job.

It’s for a friend and I had forgotten all about it and not ordered the bits and pieces required. Amazon couldn’t guarantee delivery quickly enough and B&Q’s stock level can be dire at times. Then I remembered Toolstation in Plumstead (Pettman Crescent by the bus garage).

When my 34 year old drill expired doing the aforesaid DIY job Amazon was far too expensive which is how I first stumbled across Toolstation. From memory they were about £50 cheaper than Amazon. It was available elsewhere cheaper than Amazon but no one had my chosen tool in stock.

Toolstation did and handled the Click and Collect very efficiently.

At crack of dawn this morning I made a Toolstation order and within half an hour an email said it was ready and waiting. One small item I know for certain is £3.30 at B&Q but was only £1.80, VAT included at Toolstation. I think Amazon has lost a customer for its DIY stuff.